Fringe TO 2014: An Editorial Review 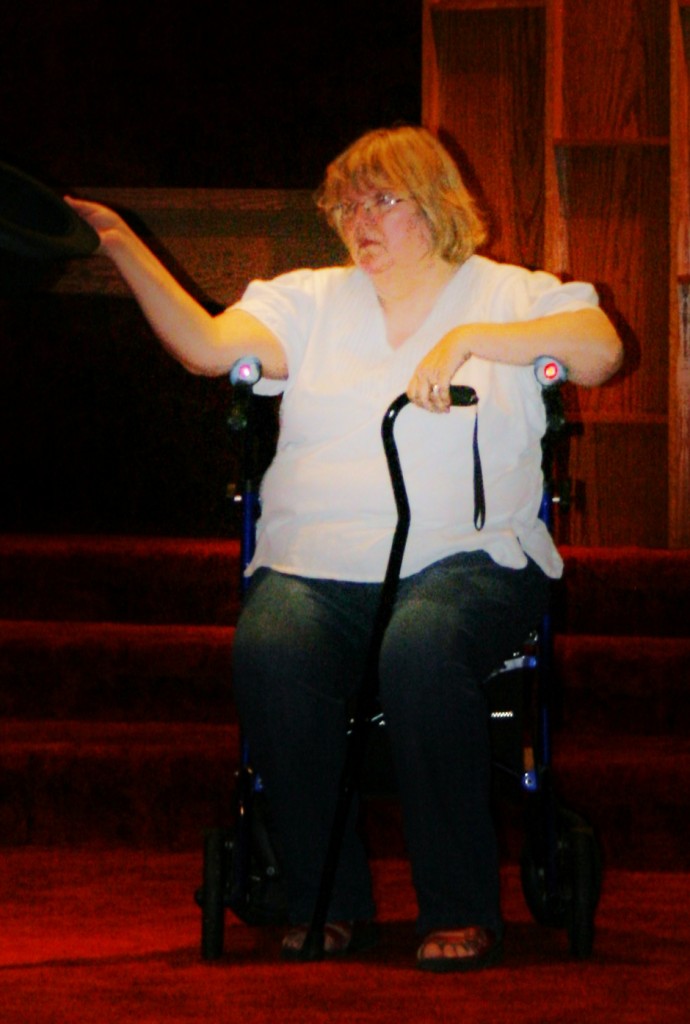 [Editor’s Note: Jess Couture (one of My Sports’ founding Contributing Authors) wasn’t scheduled to help us review the Toronto Fringe. In fact, she’s only in town for a couple of days. But she happened to accompany me when I went to review One Legged Dancer. Jess has years of experience working with the disabled community so when she had strong feelings about the show and I did not, I felt it was only fair to let the Contributing Author contribute. So here’s her review.  -KB]

One Legged Dancer (C-)
One Legged Dancer is a one-woman show being performed at the Tarragon Solo room. The show is written and performed by Ardith Irvine who is a woman diagnosed with Multiple Sclerosis.  From the billing of this show, I expected something very different then what I saw. I expected a show that would enlighten audience members about MS but also show a story of triumph over this debilitating disease. Instead, I was given a 30 minute long pity party. I commend Irvine for her bravery in sharing her negative experiences and struggles but I wish I heard more about her successes.  It was very clear that this experience was very therapeutic for Irvine and I praise her for not letting this disease stop her from getting out there to perform. As someone who considers themselves a disabilities advocate I just wish there was more about what she can do rather then what hinders her. It is important for those hindrances to be made apparent since they are such a large part of her story but I wanted to hear more about her positive experiences. Her show seemed to be about letting MS define her instead of being an actress who just happens to have MS but refuses to let it define or limit her. I felt like she was looking for pity and not understanding.  It is billed to be “sometimes humorous” but at the points that could show some humor I felt so stuck in feelings of pity that it was uncomfortable to laugh or her humor was then followed up with another negative comment which made laughter fall in inappropriate times.  I understand that MS is a horrible disease to live with and I know I can not comprehend the struggle she lives with but I almost felt attacked that I wasn’t understanding or sympathetic enough to her cause.  I left underwhelmed and wanting to give a speech about disability advocacy where I wish I had left with a feeling of awe at how incredible her triumph over MS was.  I think this show could be a wonderfully enlightening experience for audience members, it just needs a different spin.