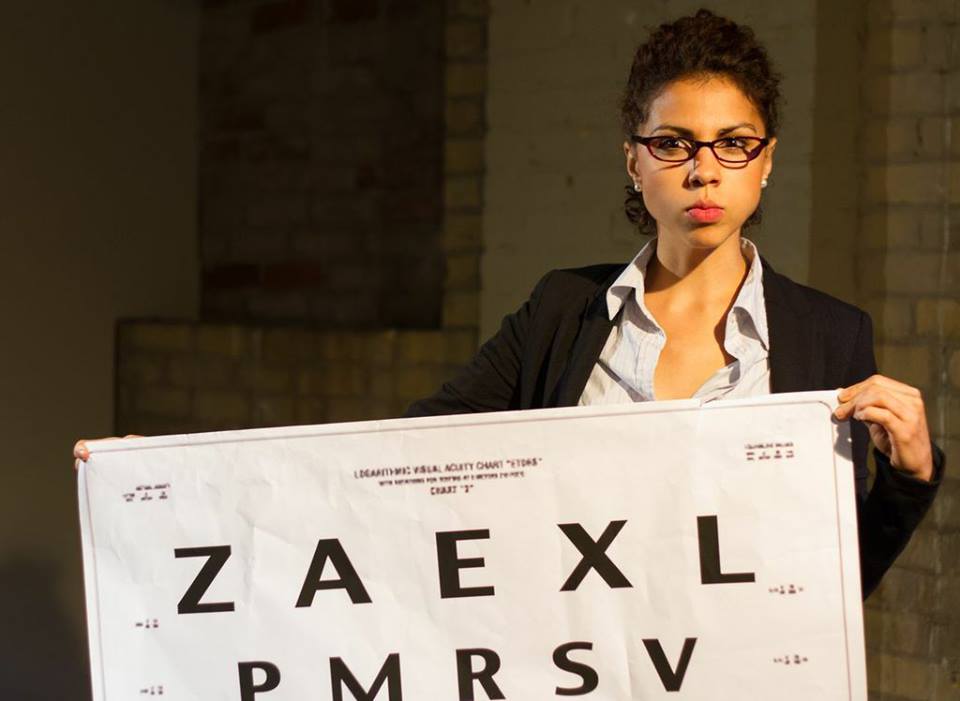 Actors ‘Make Up’ The Trial of Ken Gass

Patrons are standing in the lobby of the Big Picture Cinema – yes, cinema! – many of whom know Paul Bellini well. I even strike a conversation with him myself as I took a writing class of his last year. Bellini kindly excuses himself as he has received word that it is, finally, okay for him to enter the “theatre”.  If that doesn’t sound enough like a pop-up performance to you, the LGBT comedy veteran is playing the title character for one night only: each night a different actor plays the role of Ken Gass. Don’t expect facts though.  Playwright Bobby Del Rio’s uses the Canadian theatre controversy, indirectly, as a vehicle for commenting on the larger issue of the power institutions can sometimes bear over artists.  The diverse group of Gass’s which includes both female and male interpreters allows the above sentiment to gain universal relevance.  The fluid model functions well for the two-hander which is short and sweet, despite being packed with sharp wit and plenty of comedic relief.

The script is easily divided into three scenes.  In the first, Ken Gass (Bellini) desperately tries to convince the prosecutor Sarah Bright (Jess Salgueiro) – who – in true absurdist style – appears to be more of a casting agent – that he is not guilty of any of the “supposed” crimes he is charged with.  Indeed, it’s never quite clear if we are in a legal office or a casting room.  The scene is dominated by the through line, yes “so to speak”, which Gass pronounces to confirm his involvement in various depicted scenarios, despite his innocence.  Becoming ever conscious of the phrases redundancy, he grapples hilariously in his attempt to rid his speech of the line.  As if in an audition, in fact, Bellini makes occasional glances at the script in hand which happens to double as his character’s legal statements, but his attentive gaze is so convincing that any doubt of him reading lines is instantly forgiven.  In fact, for a one-night stint, the timing of the dialogue and the poignant diction are completely satisfying to watch.  Especially exceptional for a writer who rarely presents live to have such a strong command of the stage.

In the second scene, Salgueiro transforms into a judge complete with a new garb.  She amusingly informs us that she has gotten a promotion.  Ironic considering the character’s dubious interpersonal abilities, sheer nervousness and lack of procedural knowledge in her prior role.  This is but another commentary on how the power of privilege transcends real ability.  The scene is dominated by discourse on the elevator issue, making direct reference, here, to the real story of Ken Gass who was suddenly terminated from his role as long-term Artistic Director at Toronto’s legendary Factory Theatre, supposedly for having opposed the board’s wishes for a new lobby.  Contrary to the plan for which funding was received, and without consideration of the building’s masterplan, it appears they wished to expand the outside lobby rather than focus on creating accessible washroom and studio space for which funds had been specifically raised. Read more here.

In the third scene we magically fast-forward one hundred years into the future as Bellini and Salgueiro funnily take on aged voices.  The discourse is unendingly focused on the elevator – the last remaining charge – as he desperately demands his freedom fron Bright.  Interestingly, the real Ken Gass has recently set himself free since the 2012 debacle by reviving his Canadian Rep Theatre company.

After the show, I chat with Salgueiro whose passion and energy is as infectious offstage as it is in character.  She informs me she will be performing in b current’s rock.paper.sistahz Festival this coming May.  I will be sure to look out for it.  As for Bellini, I hope he graces us with his stage presence again soon.