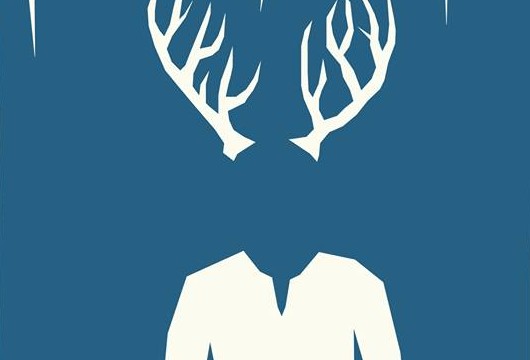 As You Like It is my absolute favourite Shakespearean comedy. It’s both sweepingly romantic and wryly realistic about love and marriage. It’s fantastically witty but also deeply melancholy. It has as much to say about friendship as it does about romance. It’s philosophical, fun, touching and generally a pretty easy slam dunk of a show. For their fourth-ever production, Rarely Pure Theatre successfully captures all that’s wonderful about As You Like It in a fresh, wintery take on the oft-summery text.

It all starts with Orlando (literally: Act One, Scene One- “Enter Orlando”). Co-Artistic Director Spencer Robson has in his repertoire a truly standout Orlando. We’ve talked about him before– the uniquely funny self-awareness, the believable blend of roughness and sweetness, the inescapable charm. This iteration is a tad sillier than the Orlando Robson played mere months ago with Humber River Shakespeare but it remains a notable portrayal of the text’s most woefully underused character. I’m tempted to call it Robson’s signature role but since I’ve yet to see him do anything else perhaps I’ll hold off.

What’s delightful about Rarely Pure’s production is that each and every character (with a few exceptions I’ll mention in a moment) enjoys the sort of thoughtful consideration and freshness that Robson gives his Orlandos. Gaby Grice’s Phebe is scene-stealingly fiery, fun and delightfully self-involved without seeming to thoughtlessly trample on David DiFrancesco’s adorable gee-whiz Sylvius (she thoughtFULLy tramples on him; that one syllable makes all the difference). Grice and DiFrancesco also double as the foresters and manage to make those usually boring scenes some of the production’s best with truly excellent singing voices (and Eric Bleyendaal on the guitar! It’s always a good thing when a show includes Eric Bleyendaal playing guitar. These also happen to be his own original, severely catchy, compositions). Scott Garland leads said foresters as a contemplative and optimistic Duke Senior, contrasted well with his intriguingly wounded and petty turn as Duke Frederick (complete with misguided fatherly tenderness towards Celia). Michael Hogan’s commanding and dark Jacques rounds out the Arden crew as someone to both challenge the contented banished lords and act as their inadvertently mock-able source of amusement (a sort of reverse fool, a thought that would surely torture Jacques were he to stop philosophizing long enough to think of it).

The production’s only real weakpoints come with Ben Blais’ truly silly Touchstone and his partner in dumb subplot crime Audrey (Teresa Labriola, whose vampy Le Beau also leaves something to be desired). With every over-played joke I wondered how Blais’ Touchstone could ever inspire Hogan’s Jacques to make a motley coat his only suit.

Luckily, As You Like It doesn’t need to lean on Touchstone for laughs. They come from everywhere, especially when your two leading ladies are as good as Christina Bryson and Katie Ribout. Celia is my favourite character so Ribout’s strong choices made me incredibly happy as she boldly but sadly defied Duke Frederick and plainly showed the hurt of Rosalind threatening to leave her behind. She also has fantastic chemistry with both her on-stage cousin (Bryson) and Nate Bitton’s Oliver, who delightfully manages to keep a sort of rebellious edge even after he’s reformed (extra points to Bitton for his excellent fight choreography throughout the whole show).

Which brings me to the last but possibly most important piece of the puzzle- Rosalind. Assistant Producer Christina Bryson is superb in Shakespeare’s largest female role. She’s witty and lively and romantic but also tough and stubborn and moody. She commands the stage with both force and charm enough to believably scare Duke Ferdinand into banishing her to protect his throne from her overwhelming popularity and ability to rule. She both loves and casually overlooks Ribout’s Celia in a beautifully intimate portrayal of realistic power dynamics between women close in age and friendship. She develops electric chemistry with Robson’s Orlando that comes to a show-stopping head in their near-perfect almost-wedding in Act 4 scene 1. She has the self-righteous confidence to put Phebe in her place and the self-conscious fear of vulnerability to rail against Orlando when he’s a little late for their meeting. I’m going to stop gushing now; she’s awesome, okay?

They’re all awesome, really (well, except the ones who aren’t). Director Rosanna Saracino does a great job of moving the action through the Storefront Theatre’s somewhat constricting space and the winter setting raises the stakes in a really smart way (running away to the forest is no laughing matter in freezing temperatures). Really it’s just the direction of Touchstone, Audrey and LeBeau that lets the production down (that and the strange cutting of Act 5 scene 2’s famous “no sooner did they look” speech; 5.2 is perfect, never cut 5.2). I love As You Like It but, recently, I’ve been loving it about the same amount every time. By greeting the text out of season, with a strong sense of musicality, a fresh focus on character, and a leading lady worth following into the coldest of French forests, Rarely Pure has raised the always-high As You Like It bar and cleared it with room to spare.

As You Like It plays at the Storefront Theatre until January 26th. Don’t miss it.
CLICK HERE for more information.