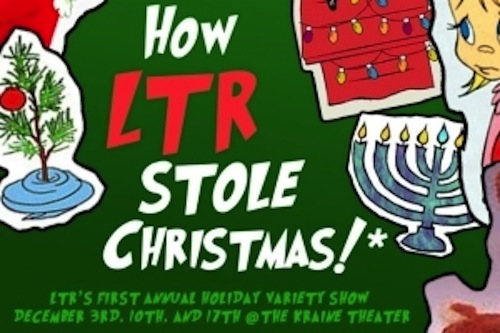 Ah, the perennial holiday variety special. They just do not make Christmahanakwanzika specials like they use to – praise be to the great and powerful television executives! For those of you shaking your head as you fondly recall the holiday specials from your past, let’s assess that sentiment, shall we? The holiday variety specials of yesteryears hold special places in the hearts of many Americans because they were hosted by cherished and celebrated personalities like Andy Williams, Bob Hope, or Perry Como. Not because the content of the special was good. In fact, nearly all holiday specials were some derivation of the same plot: a well known singer or comedian prepares to celebrate the holidays and a dozen or so quasi-celebrity or musical “friends” stop by to sing cheerful songs and watch a trillion toy commercials. The quality of the resulting television special, however, varied greatly. For every Bing Crosby holiday special featuring Bing rocking out with David Bowie, there was a Star Wars holiday special featuring Jefferson Airplane rocking out with Wookies.* Horse Trade Theatre Group and Less Than Rent Theatre’s production of How LTR Stole Christmas! at The Kraine Theatre embraces the absurdity that is the holiday television special with humorous results.

How LTR Stole Christmas! is a variety show and the performance I saw included a few musical numbers and the play A Miracle on East 4th Street: A Classic Christmas With RJ and Friends, which is about a holiday variety show. A variety show in a variety show – got that? Host RJ Vaillancourt channels famed crooner Bing Crosby as he introduces songs and skits that get progressively less whimsical and steadily more depressing (the first one-act pokes fun at the holidays with Emily Dickinson, so you can just imagine the scale of depressing for the night). Each one-act is written by a different playwright, and the result is an uneven theatrical experience. Highlights of the night included Tyler Grimes’ “Now, Prancer & Vixen,” the story of one reindeer’s post-Christmas oats binger in an elf bar, Joseph Wright’s “Wedding Fools,” the story of one groomsman’s attempt to win over a bride on her wedding day in the worst way possible, and Ben Diseren’s hilarious “Jingle Bell Rap.” RJ Vaillancourt and Sara Kapner also stole the show with their chuckle-worthy gender-swapped rendition of Baby It’s Cold Outside.

Unfortunately, the less successful skits slow the pace of an otherwise enjoyable show. Kimberly Belflower’s “An Emily Dickinson Christmas” has some cute tongue-and-cheek nods to the notoriously dark world of Emily Dickinson, but the piece felt incomplete and muddled. Michael Kimmel’s #HappyHolidays is a promising observational piece about a recently married couple that refuses to unplug from their social networks for the holidays, but the concept is tired and watching a boring couple is, well, boring. Matthew Buckley Smith’s “This Time Next Year “ is the convoluted story of a less-than-harmonious family get-together, and the plot is both confusing and marred by one love-struck cousin’s (Quinn Coughlin) questionable acting choices.

Speaking of acting choices, some of the young actors gave delightfully energetic and memorable comedic performances. RJ Vaillancourt carried the show with one of the tackiest (i.e. most amazing) holiday sweaters that I have ever seen. In addition to portraying a slightly self-obsessed crooner perfectly, his over the top gusto during the “live show” segments resulted in a dead on parody of the cheesy holiday specials of the past. His on-stage partner and “elf” cast mate Sara Kapner was equally as enjoyable to watch, and her singing voice complimented Vaillancourt’s well in Baby It’s Cold Outside. Filling out the “Now, Prancer & Vixen” cast with Vaillancourt and Kapner, Chris Stahl gave a memorable performance as the sassy reindeer Prancer. Additionally, the musical stylings of Dean Acree and PJ Adzima brought the show to rousing climax of gut-busting (and slightly offensive) proportions, and Adzima’s energy and talent was never unwelcome on-stage (plus, he looks remarkably like a “Doogie Howser”-era Neal Patrick Harris).

The live band did a nice job, and, while the two musicians who sang during the show gave solid vocal performances, both were underwhelming. Alice Lee worked her way through a few holiday classics and an original piece with her guitar to kick off the night. Her voice is fine, but her original song was unfinished and she lost her place during another number. A word to the wise – if you are performing fewer than five songs for a live audience, you should know your entire set backwards and forwards. Alexander Sage Oyen’s original song “My Favorite Town,” sung by Monet Julia Sabel was beautiful and Sabel’s voice has a sultry indie quality to it that gave the piece some dimension, but Sabel struggled with a few of the notes, and the lyrics were nothing more than a New York City platitude.**

In summary, this year I missed Lady Gaga’s holiday television special with the Muppets,*** but I think that I got the right amount of holiday nostalgia from How LTR Stole Christmas!, and I probably enjoyed this show more than any Bing Crosby holiday special that I could drag up on YouTube.

Additional shows from How LTR Stole Christmas! include “America’s Next Top Virgin Mary Christmas Beauty Pageant (A Tragedy)” on December 10 and “I’ll Have a Blue Christmas Without Jew” on December 17.

*Yes, I have seen the entire Star Wars Holiday Special, and, no, I am not proud of that fact.

**New York is the best city ever!! But, life here is hard. And, why do I feel so alone in a city of over 8 million people?

***Apparently, so did the rest of America.