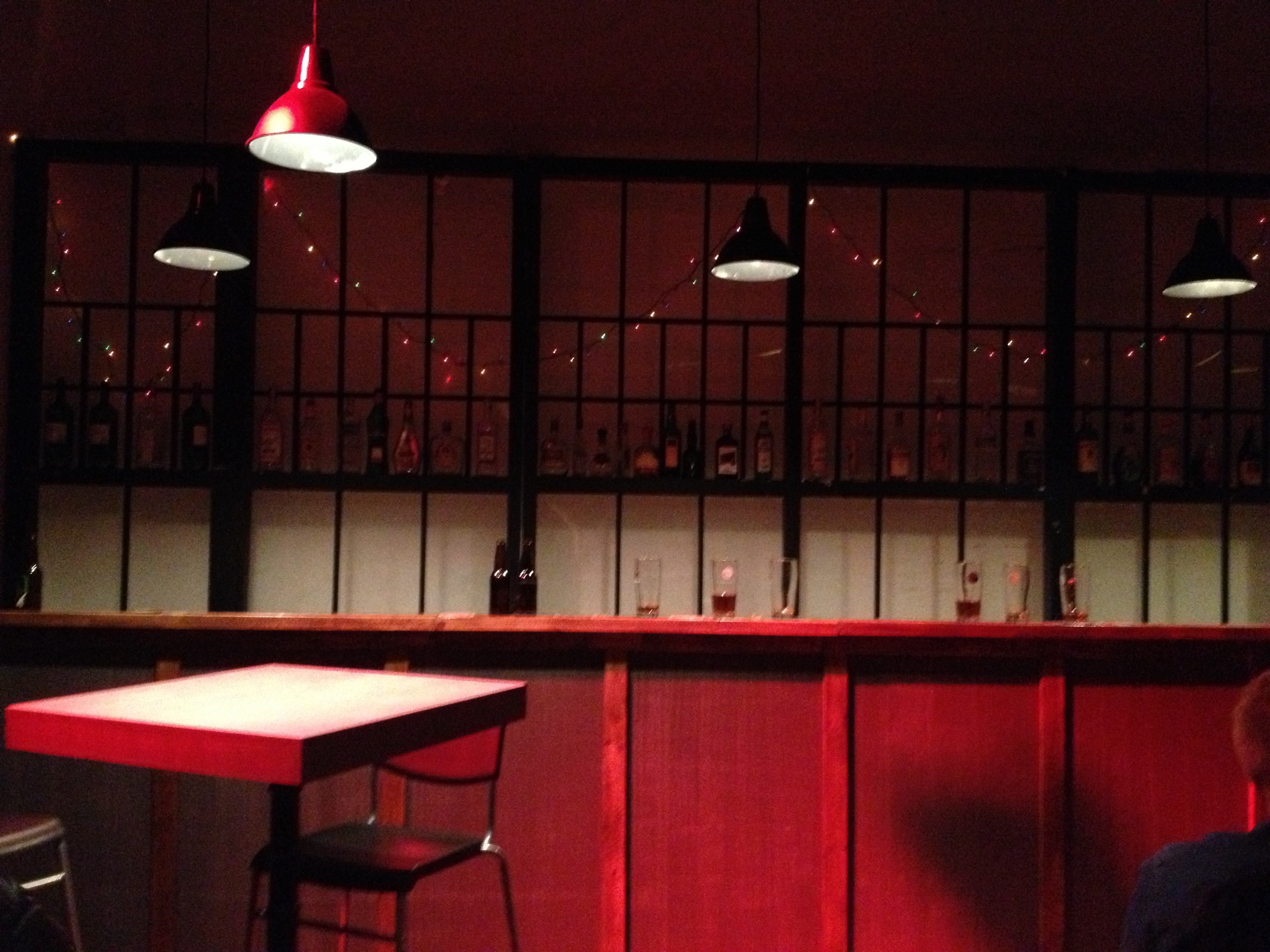 Danny And The Deep Blue Sea

Walking into Baro Theatre’s opening night production of Danny And The Deep Blue Sea on Saturday night felt more like walking into an underground, bare-knuckle boxing match than into a theatre. The concrete floors, exposed pipe and fore stage, red-lit bar gave the theatre its gritty feel. Director Aaron Willis and his production team didn’t miss their mark in setting the scene, though; the action of Danny And The Deep Blue Sea begins like a well-hyped boxing match, the two fighters feeling each other out with quick, probing jabs and defending themselves and their egos with parries learned only through years of sparring. Within minutes, Willis deftly unfolds the world of John Patrick Shanley’s play across the set, only a few feet from the three-and-a-half rows of seats. In fact, the play encompasses even the space that is initially visible only behind the audience. That area features a bed, poorly made and set very close to the seats. The bar on one side and bedroom on the other – and the presence of only two characters, one male and one female – certainly hints at what might develop when the audience spins their own chairs to watch what happens in the second half. Like any good prize fight, though, the story is not quite unfurled until the final bell.

Mark Wiebe, as Danny and Brooke Morgan as Roberta skillfully navigate the murky and tumultuous emotional landscape of the play. They brush up against consuming anger, riotous laughter and deep empathy. Together, within each other, the two search for forgiveness and cleanliness. They resist presenting each other with monotonous, predictable fronts and shift behind their defences for most of the first act of the play, making the action visceral as they tread on each other’s sensitivities. Willis succeeds in showing his audience the nuances of Shanley’s script through his character work with Wiebe and Morgan.

Wiebe demonstrated a wonderful knack for Danny’s hair-trigger temper by using well-developed mannerisms. His ability to listen on-stage is formidable and the degree to which Danny acted in reaction to Roberta was captivating and expressive. Danny’s inner conflict between his anger and his capacity to care produced a number of stunning and revelatory moments on-stage. In short, Wiebe’s emotional versatility is as striking to his audience as a heavyweight who, between devastating punches, nimbly dances around his opponent.

Morgan shone when Roberta was most earnest and honest, but struggled to adapt to the volatile Danny. Her inconsistent accent and flickering focus were sometimes distracting; however facing down Danny certainly seemed like a Herculean challenge. Only in the second half of the play, in a brief moment, was the ultimate price of this initially subtle imbalance in performances brought into sharper focus. Morgan, out of room at the top of her voice’s volume dial, was forced to forgo some of the variance in Roberta’s emotion so that she could adequately express anger towards Danny. Her yelling felt monotonous and detracted from the momentum of the scene. That said, Roberta, as a character, shows layers of guilt, brazen confidence and caring with which Morgan presented her audience. She gave a carefully considered, heartfelt performance that more than made up for its occasional stumble with an impressive empathetic impulse, wonderful comedic timing and a heck of a smack!

The most resonant moment of this play, featured a truly harmonious moment between the actors, face-to-face. All of a sudden, the distance that had been so integral to their relationship was reduced to hairs’ widths and the rawness of their characters was palpable throughout the room. Their uniqueness and difference unchanged, Danny and Roberta get beyond each other’s outer toughness and expose a beautiful humanity they carry within themselves.

Enabled by excellent, subtle lighting and spartan, efficient setting and props work, the production hung its hat on the passion of its talent, backstage and on-stage. Indeed, Danny and the deep blue sea lives up to its billing and showcases two well-matched characters who, bruised and broken after twelve long rounds, imperfect as they may be, demonstrate what it means to be special.

The show runs until December 15th and I would definitely recommend making time to go and see it.