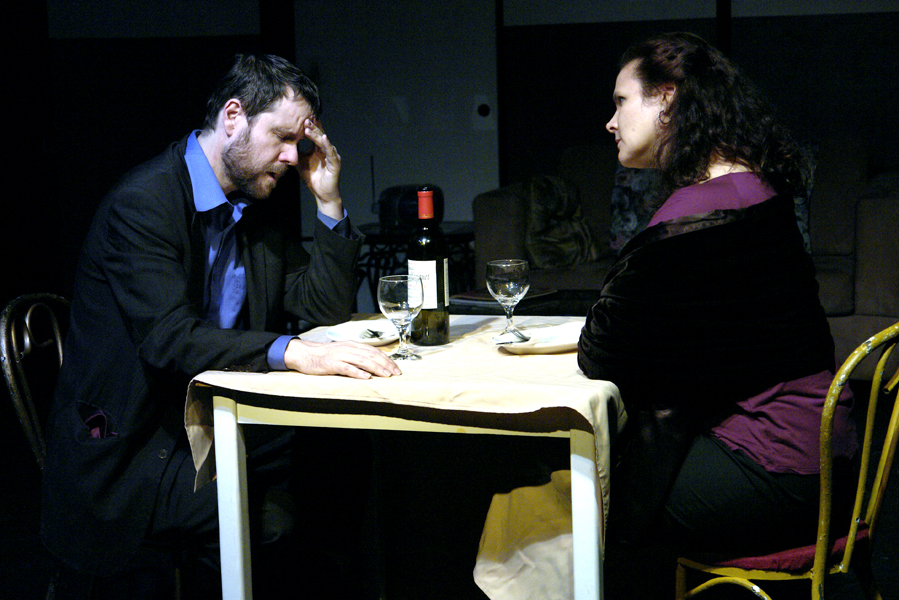 Three of a Kind With Two Wild Cards

If you have ever taken public transportation, congratulations, you have shared a common life experience with a handful of complete strangers. For a brief moment, your lives collided in transit. Like a good New Yorker, I generally live in my own headphone-generated musical bubble on the subway, but, unlike most New Yorkers, I do not avoid eye contact with my fellow passengers. I enjoy people watching on the subway and pass the time by concocting entertaining back-stories for the strangers around me. For example, what is the deal with that top hat-wearing woman who got on the train holding a mannequin hand? Is she taking the subway because she cannot afford a cab? Can she not afford a cab because she spent all her money purchasing old mannequins? Did her mannequin obsession start after seeing that creepy 1980’s movie Mannequin? Is Comic Con in town? You get the picture. My point is that top hat woman and I had a shared life experience on the subway, but I will never find out where she went or what she did after she got off the train. Robert Homeyer’s play Three of a Kind With Two Wild Cards explores brief encounters like these but in such a way as to highlight how people are interrelated through shared experiences.

Three of a Kind gives audiences a glimpse into the daily activities of eight individuals whose lives overlap for fleeting moments in time. Creating a cohesive play out of multiple, disparate plots is challenging. Too frequently, efforts to do so lead to a piecemeal and disjointed final product. Thankfully, Three of a Kind successfully avoids these pitfalls. In four vignettes, Three of a Kind tells the story of the brief romance of a couple (portrayed by Robert Homeyer and Steph Van Vlack), a confrontation between two “patients” in a psychologist’s office (Aristotle Stamat and Oliver Thrun), the relationship between a dis-barred attorney and his young colleague (Mark Lang and Matthew Angel), and a hostage situation at a bar that is not quite as it seems (Lissa Moira and Kim Vogels).

Writing too extensively about the plot would ruin the show – suffice it to say, there are a number of plot twists and surprising relationships between the subjects of the four vignettes. In fact, the interrelation of the subjects is such an intriguing part of the plot that by the last scene I was trying to guess to whom each of the characters was linked and found myself hoping that certain characters would reappear. Some of the one-acts are more effective than others. The piece entitled “Generically Speaking” is a highlight of the show and chronicles the meeting, awkward “almost” one-night stand, marriage and subsequent divorce of a couple who interact and speak to each other in social banalities, rather than really communicating. It is an interesting observational piece on the superficial nature of many of our social interactions – and it is pretty darn funny too.

Unfortunately, not all of the one-acts are quite as successful. In the aptly named “Out of Order,” the audience is treated to a series of encounters between a junior and senior attorney in a law firm bathroom (apparently the bathroom is an ideal location to discuss confidential matters of professional misconduct and, for particularly savvy networkers, to build professional relationships). The discussions between the two attorneys are presented out of chronological order, and, as I have said before, I greatly appreciate this method of storytelling. When done successfully, it cultivates suspense. On the other hand, when poorly executed, non-linear storytelling fosters confusion, and “Out of Order” left me perplexed. The encounters span twelve years, and it is often difficult to determine when in time an encounter is supposed to occur. Recorded sound bites of pop culture and political events between each scene are meant to establish the year in which a scene takes place, however such points of reference are only effective when the audience recognizes the reference and can identify the year in which it occurred. To be fair, I am not a popular culture connoisseur, but I doubt that I was the only one in the audience who did not remember what year the movie Seabiscuit was nominated for an Oscar (that movie was about a horse, right?). In addition to the disorienting time jumps, the transition sequences between scenes were too long. The delay may have been due to necessary costume changes or it may have been a creative choice to let the timeline recordings play long enough that the audience would recognize the setting. Whether creative license or practical necessity, I felt like I was being put on hold while the next scene was getting set-up, and the breaks interrupted the flow of the show.

In addition to writing and directing the show, Robert Homeyer’s comedic portrayal of Roger in “Generically Speaking” was among the best performances of the night. However, Homeyer shared the stage with some other talented actors. Kim Vogels and Lissa Moira did admirable jobs portraying individuals in a hostage situation and both successfully developed layered characters with broad emotional ranges – a difficult feat in a short one-act. Also, Aristotle Stamat was an excellent foil for his hyperactive on-stage counterpart and had a remarkably comforting stage presence befitting of his role as a . . . well, I’d rather not spoil the surprise. Not all of the actors were quite so adept. Oliver Thrun’s turn as an agitated patient at a psychologist’s office seemed forced, and Mark Lang and Matthew Angel never quite developed a rapport with one another necessary to make their mentor/mentee relationship believable.

Ultimately, Three of a Kind is a smartly written play, but a lot of its potential went unrealized due to some casting and technical choices. That being said, Three of a Kind certainly gave me some things to contemplate on my subway ride home.

Three of a Kind With Two Wild Cards is playing at the Theatre for the New City through December 1.