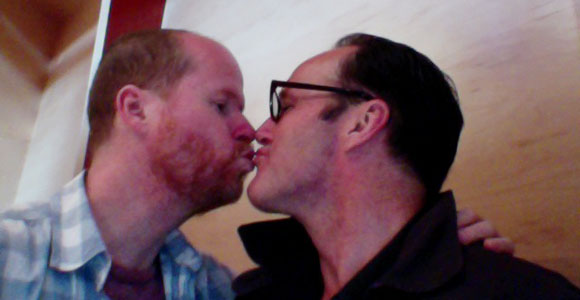 I am going to keep watching Agents of S.H.I.E.L.D. I will watch it until I become so enamoured– with its characters, with a weekly dose of Whedon (or Whedon-esque) writing, with the overarching plots– that I can’t turn it off. I will probably one day even consider it one of my favorite shows currently on the air.

And yet, after watching its perfectly enjoyable pilot, I kept feeling like I didn’t need this. I don’t need more explorations of superheroes. I don’t need a show to deepen the Marvel verse.

And I’m not certain to what extent the show is even going to be able to actually “deepen” anything. The entire theme of the first episode revolves around the idea that the arrival of gods and giants on Earth kind of makes the little guy useless. And while the show definitely wants to shake that impression off, to argue for the value of normal human exceptionalism, I couldn’t shake the feeling that Iron Man could whisk all their problems away in a second. That issue is only going to get worse as the stakes get higher.

But let’s talk about what’s good. Although not overly stylized, the show does feature some damn fine dialogue and tiny character beats. I hesitate to attribute too much to Joss Whedon himself. Although he’s credited as a writer and creator here, I like to think of him as more of an EP helping craft the vision of Jed Whedon and Maurissa Tancharoen than the actual visionary.  The characters are also instantly likeable (although more on this later). The action is mostly smart.

The plot suffers from pilot-itis in that it’s clearly a “let’s get the gang together” episode that requires a lot of shifting parts. J August Richards (who should maybe have learned by now that any time mysterious doctors offer you an upgrade, there are strings attached) spends most of the first episode on the brink of a total meltdown, which hopefully will not be his modus operandi. We see glimpses of fun interesting characters behind the two, non-Coulson leads (Brett Dalton and Chloe Bennet as Ward and Skye), but mostly they just glower and complain about getting to the jobs we know they have to take by episode’s end. More interesting, but much less featured, are the requisite nerdy scientists with their cute Scottish (?) accents. Ming Na Wen gets even less to do, but man does she kick ass while doing it.

To a certain extent, in a universe where I’ve had a pantheon of Marvel movies, The Dark Knight Trilogy, Chronicle, Misfits, Alphas… hell, Heroes (not to mention thousands of comic books that I wasted my money on)… I’m not sure what more there is to say about superheroes. And for everything else I love about him, what I’ve always loved most about Joss was that he always had something to say. I don’t mean to imply that the writing on S.H.I.E.L.D. is shallow; all due effort is put into grounding it in thematic safety. But it’s not creating anything new.

I also worry that the show isn’t very free. A friend of mine said, before the Avengers movie came out, that he was keeping his expectations low because the weight of four different franchises rested on making the movie as bland yet palatable as possible. Then The Avengers came out and managed to be weird and Whedon-y and lovely, while still maintaining all those franchises and the merchandising needs of Marvel and Disney. I fear that the television show too often suffers from this creative weight, needing to add to the more important aspects of the Marvel universe without having the freedom to really blow shit up. In conjunction with the problem of “Well, have you called Tony Stark yet?” affecting the stakes, this means that it’s going to be hard to get invested in the show’s fictional world when I know how much it owes to a fictional world which it can’t destroy. In other words, they cant blow up Sunnydale or plunge Los Angeles into hell.  They can’t even really delve into how dark and totalitarian an agency like S.H.I.E.L.D. would have to be. They’re stuck maintaining a world that can sustain multi-billion-dollar movie franchises in which the good guys are mostly good and the bad guys are super bad.

And yet… I love a well-told superhero story, and I love well-crafted superhero characters, and I love a pithy one liner more than is probably healthy. I’m sure in a few weeks, all these qualms will fade away (and lucky you guys – you’ll get to read about it!). I have always been a huge fan of the studios and networks, and of the way that commercial interests can dovetail with creativity to create something mainstream and unique. So here’s hoping that by the end of the season I look back on this to say how wrong I was and how far this show has exceeded my expectations. Right now, I’m reconfiguring them to enjoy a fun, action-packed show filled with smart, independent women, one nerdy nebbishy male, an older gentleman with a strong moral compass and a shady past, and at least one insanely handsome leading man with an attitude problem and the desire to work alone. On second thought, it’s good to be home.