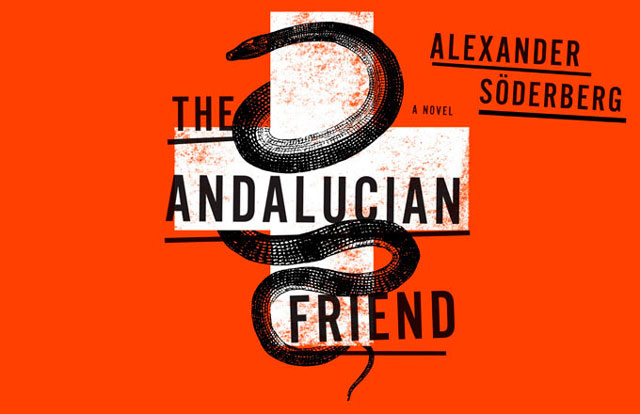 I give them an A+ Nice Try paper plate award for their efforts.

But they are wrong.

Alexander Söderberg’s The Andalucian Friend is not the second coming. It’s not even a particularly good book. I would even go so far as to say that I really quite disliked it and if I were you, I would not even bother.

To give it a fair shake, here’s some more detail:

As we know, I am not a mega fan of the mystery/thriller novel. They’re not my natural inclination blah blah blah. You know the deal. But, to be fair, this one has decent plotting (twists! Sudden deaths! Surprise betrayals! All that jazz).

That’s… pretty much The Good in this situation. But even that takes quite a bit to get cooking (like, I’m talking more than 100 pages worth of “are we there yet?”). The other noteworthy feature of this book is the large cast of characters it features—we’re not quite at A Song Of Ice And Fire levels, but we’re getting there. So bravo for having the guts to go there—for being able to weave all those threads together, and for trusting your readers to do the same.

Anyway, the story starts with nurse and single mother, Sophie Brinkmann, whose life is pretty normal UNTIL she makes friends with one of her patients, Hector Guzman—crime lord extraordinaire. Some dirty cops complicate the mess (not to mention the impending war between rival criminal elements. They didn’t cover how hard it is to be a crime lord on career day), and literally every person in this book is a Terrible Human. A few of them are interesting (thank freaking God), but unfortunately, most of them aren’t even that. Back to the plot: Sophie somehow manages to become the center of a truly questionable police investigation, a crime war between Guzman and his archrival (a German crime lord looking to steal his cocaine business), and an illegal gun-gone-way-wrong deal with some Russians and (I kid you not) obligatory Old Flame Turned Underworld Liaison.  The book ends with several people dead, a few comas, literal grandmother’s threatened, and Sophie being awkwardly (but firmly) embedded in the underworld crowd, waiting for things to get weird again (it’s a series, y’all).

I would have liked this book so much better if, first and foremost, Sophie was not such a snore. But she is. She is a total snore. Here’s what I know about Sophie: she has exceptional home decorating taste—like, the people in this book are obsessed with her ability to select and arrange furniture (for real). That’s pretty much it. She’s also a single mom (and nothing against them, that is hard work) and a nurse and a rather total goody-goody except for when she sort of (maybe?) falls in love with a crime lord and suddenly (randomly and utterly inexplicably) becomes the center of the worst police investigation in the history of ever. I suppose that’s really the issue for me—it’s not even that Sophie’s not interesting (although, that too. Big time)—it’s that she becomes an ultimate Mary Sue with all these events swirling around/centered on her for NO REASON, through no contribution of her own, but throughout the book we are told over and over again that it is because it is So Special. It’s just sloppy writing (and, admittedly, a clichéd trope that I CANNOT ABIDE). I think Söderberg is generally fine on the Women Are People front (not great or anything, but like, fine), but Sophie does feel a bit like her role as Mother was randomly made to be mutually exclusive with adventuring ability. Which was a bit of my problem with her as well.

The point: Sophie is the inexplicable center of this book. And she bored the heck out of me. So that exponentially increased the amount of struggle I experienced with this book.

But Sophie was not my only issue. While the other characters were also crazy issueful (and mostly not even in the fun way), but it was really the writing that utterly sank The Andalucian Friend for me. There are many attempts to make sweeping observations about different characters, the nature of life, all that. But they felt sad, shallow, and very very try-hard. No fun for me. Now, to be fair, it is sort of tough because it is a translated work, so perhaps some of my issue is that the eloquence was simply lost in translation. Either way, it makes for a rather cruddy reading experience in English.

In brief(ish): I was not a fan of The Andalucian Friend. I did not like it, Sam I Am. If you can read lengthy books sustained only on the power of plot, I applaud you and you may even like this book all right. I still wouldn’t go out of your way for it.