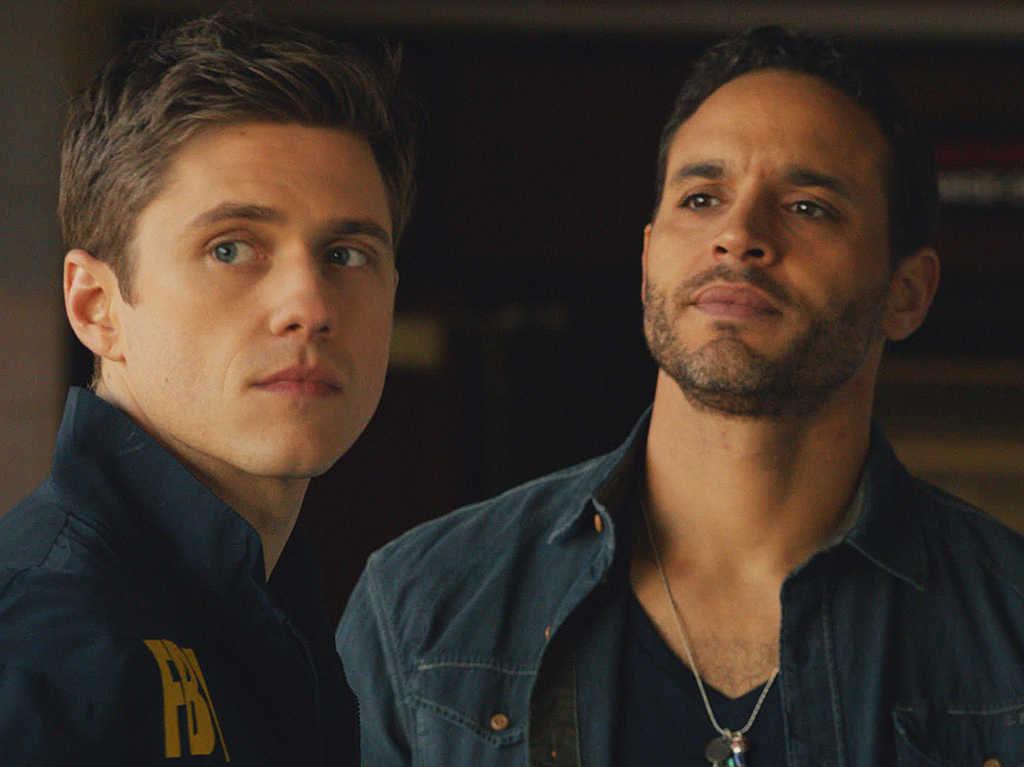 Summer can be a difficult time for TV watchers. It’s traditionally a movie season, featuring blockbuster after blockbuster. And while it’s true the network television pickings are slim, cable is increasingly excellent at picking up the slack. USA’s Graceland is a perfect summer show. Part of this might be the abundance of beaches and other such summery scenes. But what makes Graceland a good summer show, or rather a good show period, is it’s just flat out entertaining.

Based on real events, Graceland centers around a house in Southern California that houses undercover agents from the FBI, DEA and Customs. The show picks up with Mike Warren, a newly graduated agent from the FBI academy being assigned to live at the house, the titular Graceland.

By the end of the pilot, it seemed like this was going to be a typical procedural show, with the agents collaborating to catch a new bad guy of the week. That would have been fine; the weekly crimes are well written enough to be believable, and the cast has such good chemistry and banter that it keeps it entertaining. But Graceland made things a little more complicated by revealing at the end of the first episode that Mike had been sent to the house to investigate Paul Briggs, the alpha male of Graceland. Nothing is what it seems, and everyone’s motivation is suddenly unclear, possibly even to the characters themselves.

A lot of Graceland’s success rests on the shoulders of its strong cast, headed by Daniel Sunjata and Aaron Tveit who play Briggs and Mike respectively. Sunjata is charming and just a little unsettling as Briggs. Briggs seems one of the most laid back FBI agents ever, content to spend his time drinking and surfing. Then he’ll do something brilliant, unpredictable and brutal. He’s hard to read, but charismatic, and there’s definitely something dark lurking just below the surface.

Tveit does an excellent job of playing newbie Mike. He flits between complete nerd and amazing FBI agent able to improv his way through high stakes missions. (When I say nerd, I mean he moved to Southern California…and wore a cardigan. He fanboyed when he met Briggs, an FBI legend.) There’s a tendency in pop culture to make naivety equate stupidity, but Tveit avoids this pitfall. Fresh out of the FBI academy, his Mike is inexperienced with actual fieldwork, but he is obviously very intelligent and learning fast. There’s a sense of conflict as he progresses in his investigation of Briggs. While Mike doesn’t always agree with Briggs’s methods, he clearly has some respect for the man, and it’s going to be interesting to see how Mike evolves and handles his double life. Or maybe it’s a triple life? ….There’s a lot of lies going around.

Graceland was a lot funnier than I thought it would be. It was advertised as being dark, for a USA show at least, but for now, at least, there’s a good balance of drama and comedy. It’s not hard to imagine how things have the potential to grow darker as the season progresses and the characters’ lives and relationships become messier, but I hope the show maintains some of its humor.

Graceland is a breath of fresh air in the stale summer TVscape. It’s got comedy and drama and interesting, likeable characters. The cast promised Graceland would be a little edgier than USA’s usual fare, and so far, the show is off to a solid start. Let’s see where it goes.