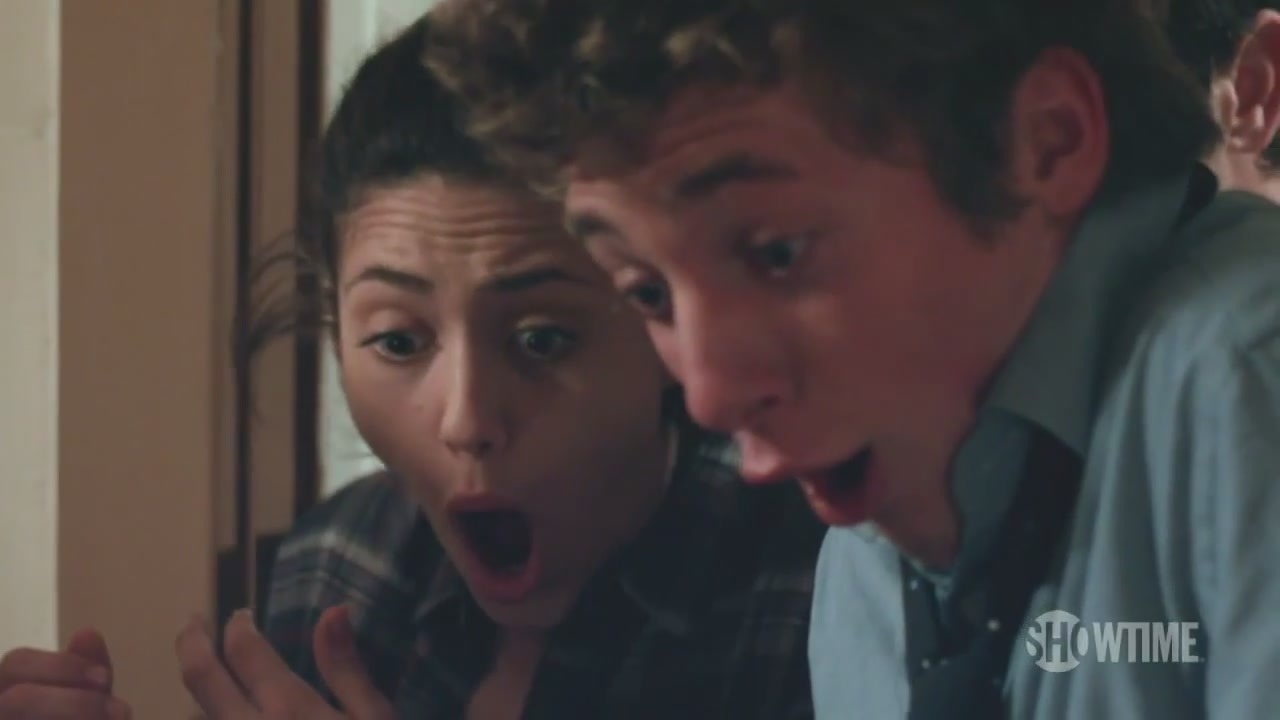 Showtime is one of the best channels out there and they seem to be getting better as the years pass. Here’s the second part to our three-part look at some of the shows that made Showtime stand out this year. (You’ve already heard all about the end of Weeds)*

Shameless
This show just keeps getting better. Or maybe it’s not getting better but just simply chugging along at such a consistently high level that I’m constantly impressed. Tonally, Shameless fits into a category of dramedy all its own that tackles some of the world’s most alarmingly relatable tragedies (crushing poverty, addiction, parental misconduct, failing school systems, homophobia, self perpetuating violence) with a sense of humour that is at once admirable, tragic and oh-so-honest. The writing is sharp as a knife and the ensemble one of the strongest on TV, despite how perennially under-rewarded they are. Emmy Rossum keeps getting better and better as big sister/matriarchal figure Fiona and this year gave some incredible material to the great Cameron Monaghan whose soulful Ian has been a quiet standout since the show began. His flashier scene-stealing costar Jeremy Allen White was once again extraordinary as Lip, the wasted genius character who most tugs at my particular heartstrings. Both boys clung to tragic relationships- Monaghan developing complicated, tangible chemistry with more than one problematic man, White delving even deeper into the heartbreak well that is Karen. Ian and Lip paralleled each other in fascinating ways in season two- both fighting for crap relationships, both being confronted with an unwanted pregnancy, though admittedly in very different ways, and both butting heads with their own futures and their siblings, resulting in a coming-to-blows and truly touching brotherly reconciliation (and, in one of the season’s most compelling and frustrating arcs, Fiona bravely kicked Lip out of the house when he dropped out of school). The strange, comic and ultimately very sweet new character of Jody added some much-needed dimension to Sheila’s potentially thin story thread and a hot single father boyfriend for Ethel made the bizarre foster child story on Kevin and Veronica’s end somehow fun again. Meanwhile, tweenage Debbie ran a daycare, Steve and Fiona reconciled (after plenty of drama with her sugar daddy and his wife), Monica (aka mom) returned to carry her kids’ hopes high and provide one of the series’ most shocking moments, Frank’s own mom died in spectacular fashion, Fiona got her GED, Frank caught Ian with a man (who subsequently tried to kill him!), and Sheila stole a baby. It was all Fantastic.

Finale Grade: A-
Season Grade: B+

The Big C
You all know how I love The Big C. If you don’t, here it is: I love The Big C. It’s first season was frank, funny and all sorts of beautiful, but it was in season two with the stunning guest arc of Hugh Dancy’s Lee that The Big C became a show for the ages. It was like Parenthood when it’s at its best- something you can’t wait to watch each week that makes you laugh, makes you cry, and makes you wonder at the caliber of stories we’re able to tell each other. So you can imagine my disappointment when, in season three, The Big C fell off irreparably. The introduction of Susan Sarandon as a self-help guru aptly named “Joy” was amusing enough at first but then it became the principal guest arc of the season. Sarandon can be an incredibly moving performer- Stepmom still does and will always tear me apart- but she wasn’t given even close to the quality of material Dancy enjoyed the year before. Paul’s health scare and subsequent Joy-tied enlightenment was a general bust of storytelling and with Cathy headed towards recovery for most of the season Laura Linney didn’t have many standout moments either. Even John Benjamin Hickey’s scene-stealer Sean didn’t have much to do in season three as compared to his fantastic maturation arc in season two. I thoroughly enjoyed his foray into running a gay phone sex line (and the fantastically absurd Victor Garber guest spot it wrought) but that didn’t last long. And the great Gabourey Sidibe? Wholly underused too. The only character taken to new heights in season three was, shockingly, Cathy and Paul’s teenage son Adam. Gabriel Basso’s work throughout the series has always been impressive but the stars around him took up all the thunder in the first few seasons. With them acting out stupid filler stories (with the occasional oldschool Big C big moment, though few, far between, and mostly reserved for the still-underwhelming end of the season), Adam got a showcase as he dove into religion as a way to cope with his mother’s cancer, his father’s heart attack, and everything else that’s hard on the likably understated character. Adam feels very real and that’s the best thing my formerly beloved show had going for it in its final full season before the four-part coda called “The Big C: The Hereafter” .

Episodes
Amazing. Fantastic. Could not love this show more. Season one was hilarious and great but it was more about the amusing inside-baseball and stark, compromising reality of television production than anything else. With the full-season pickup of the show-within-the-show, Episodes had to adapt to being less a fish out of water story about Brits confronted with American insanity (and Matt LeBlanc) and more about how these people get on with it. There was still plenty of fun to be had at the expense of LA posturing (Matt’s insincere tribute to Merc at a Man of the Year dinner when everyone but Merc knows Merc’s being fired- perfect), but what season two of this whip-smart character show did most brilliantly was the touching stuff. The fallout from Sean and Bev’s separation, his trust issues, the way they fall back together, it was a beautifully portrayed ending that fascinatingly isn’t allowed to be an ending. Even when Tamsin Greig was delivering some of the most gut-punching disappointment and heartbreak since Emma Thompson cried along to “Both Sides Now”, Episodes found the funny within the reality. Sean and Bev still get along- they still love each other, really- and are still signed on to work as a team as long as “Pucks” is on the air; it’s all very undramatic, which is what makes it so much more affecting. Carol, usually a broadly hilarious character, got her emotional due too as she struggled with the reality that Merc will never leave his wife and Kathleen Rose Perkins plays it perfectly. “Episode Four” (that’s really the title, because this show is smarter than Everything), wherein Matt tried to quit “Pucks” was a particular highlight in a season so good that it eclipsed the series’ incredibly good season one.

Finale Grade: A-
Season Grade: A

*And, yes, I realize that this is only a small fraction of Showtime’s full slate but I’m seriously behind on Dexter, never watched Californication or The Borgias and gave up on House of Lies super early (besides, these three shows- Shameless, The Big C, and Episodes– are some of my favourites from the whole landscape and are all perennially overlooked by reviewers). Never fear, Part III is all about Homeland.