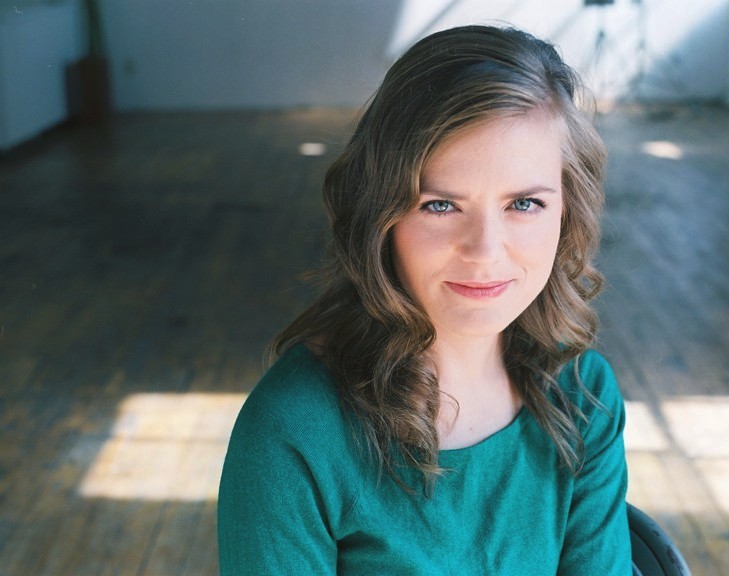 One of our Best Fringe/Summerworks Performance nominees in this year’s My Theatre Awards, Ewa joined the Nominee Interview Series late but that made us no less psyched to have her.

Do you remember the first play you ever saw?
It was in grade 9. Our drama class had gone to a community theatre production of A Midsummer’s Night Dream for a field trip. I remember being mesmerized by the playfulness of the language and thinking that the actors must be immensely versatile.

Where did you develop as an actor?
I studied at George Brown. Going into the program as a fairly shy person, it was definitely quite the roller-coaster ride.

What’s your favourite role you’ve ever played or production you’ve ever been in?
I have to say Aisling, from Frenzy. She was a very quirky character; very honest and full of gusto, but immensely sentimental and broken. Plus, I adore doing dialects and learning about other cultures’ history. It was also the first time someone trusted me enough to take the stage….for a full 75min….nonstop.

It’s a dream as a young actor to be able to command a stage and tell a story you’re truly excited to share.

Is there one you haven’t tackled yet that you want to try your hand at?
Honestly, there isn’t one specific role I’ve always dreamed of playing. There are too many plays and characters I still haven’t discovered. And there are way too many plays being developed or “in the works” for me to keep up. If I read the breakdown of a character for an audition that really captivates me, I’ll submit myself for the part. It’s also unbelievably thrilling to get a call from someone you’ve previously worked with for a part. Not just because it’s a huge compliment but it also gives you the opportunity to delve into a role you personally wouldn’t have chosen for yourself.

Who are some of your favourite people to work with?
Oh, that’s a very hard question. There are way too many! In my short history as an actor, I’ve had the privilege of working with some seriously talented actors, directors, playwrights, stage managers, etc. All of them have educated me and broadened my understanding of what incredible possibilities theatre can truly possess. That list of people would go on for miles.

Tell us about The Frenzy of Queen Maeve. How did you get involved in that production?
I got involved in the production very generically: I auditioned for the part. And, oh boy, was I ecstatic when I received the phone call from director/playwright/producer extraordinaire, Anthony MacMahon.

What are some of the rewards and challenges of going through a festival like Summerworks?
There are the usual challenges of working on a festival production: time constraints, the ensemble’s availability, getting bums in seats, etc. But, personally, the rewards usually outweigh all of that. You get exposed to people who share the same passion as you, who want to create and bring something to the community. The thrill of that ride will always exceed.

Your accent was impeccable. How did you master it?
Wow, “impeccable”. Thank you!

I studied speech and dialect with, the sensational, Dorothy Ward when I was in theatre school. She really instilled my confidence in dialect work. In my last year she told me I had a natural knack for dialects, which, to many of my friends’ dismay, energized the desire to do them anytime I feel so inclined.

Coming into this project, however, I only had the experience of doing a general Dublin dialect. So, when the director told us he wanted the harsh, grounded sound of Belfast, I let the recording of a woman telling the story of getting her first bike play in the background as I would eat, sleep and shower.

How much research did you do into Irish politics at that point in history?
I was part of a production in the past that required a lot of research into the Irish Protestant vs. Irish Catholic struggle as well as the wavering tie between Irish and English. So, I had a bit of a leg up in understanding that part of history.

“The Troubles” was not a conflict I was particularly familiar with. I, naturally, consulted good ol’ Wikipedia as well as watched a great deal of films on the matter. Hunger and In the Name of the Father are huge recommendations!

Did you have a favourite moment in that production?
Since I never got off stage for the entirety of the performance, the first few moments at the top of the show: striking the match box, lighting the herbal cigarette and watching the stage lights soak up the audience; those key seconds, gave me a rush like no other.

What’s coming up next for you/what are you working on now?
I’ll be performing in another Summerworks production by, the same, Anthony MacMahon, called Wild Dogs On the Moscow Trains.