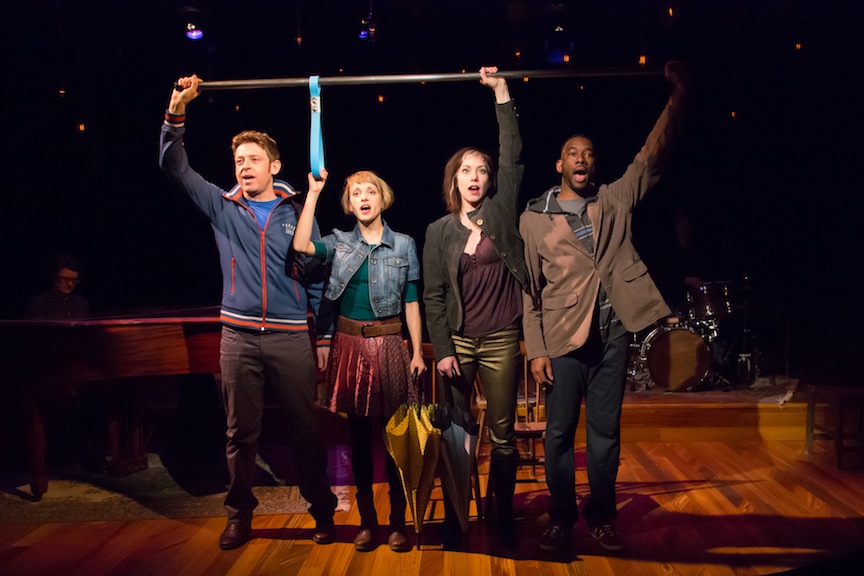 Veda Hille & Bill Richardson’s original song cycle Do You Want What I Have Got? A Craigslist Cantata (playing until March 3rd at Toronto’s Factory Theatre) is a hilarious and inventive journey through the craziness of our internet culture. Using real Craigslist postings for fodder, the piece is absolutely nuts but also relatable in a completely original way.

We hire many of our writers off Craigslist and over our years of hiring dozens of new staff, I’d say we’ve only ended up with one sociopath. The rest have been a mix of harmless flakes and utterly fantastic people I so far have loved working with. For every ad on Craigslist requesting someone to sit in a bathtub full of noodles (one of the stranger anecdotes in the Cantata), there’s someone else who found a job or a date or a futon that improved their lives in a totally normal way. Do You Want What I Have Got? focuses on the craziest ads the writers could find, but it doesn’t ignore the human connection element that makes Craigslist what it is. As funny and weird and honestly baffling as A Craigslist Cantata is, it’s also remarkably touching.

The cast is full of strong comedians with voices that are neither mind-blowing nor unacceptable. Daren A. Herbert was my favourite, playing everyone from a timid man looking for the “clown on stilts” who he thought was cute to a deadpan landowner trying to get rid of the moose that died on his property and thus passed, via technicality, into his useless possession. Dmitry Chepovetsky is also a standout, as is Monica Dottor’s simple but effective choreo and co-writer Veda Hille chiming in from the piano with the occasional ad (her strict offer of free sponges is a highlight) or vocal (the strongest of the bunch).

I wasn’t sure I loved A Craigslist Cantata at first. It was unmistakably strange, lacked direction, and seemed mostly to be poking fun at the well-meaning but somewhat misguided folks who post their wants and dreams and ads for a free box of cat hats on the internet. The funnier it got the more I was willing to forgive those transgressions, but by the time we reached the end they didn’t exist anymore. Well, it was still strange, but the direction had become clear, and it was moving away from poking fun. The closing number is a stirring ode to the melancholy “missed connections” section in the Craigslist personal ads. Asking “did anybody see me today?”, four lonely creatures turn to the internet to wonder if maybe they made an impression on someone without knowing it. It’s a sort of sad idea grounded in a sense of big-city isolation, but it’s also so fundamentally optimistic that it’s incredibly beautiful. Maybe someone did see you today; maybe you’re the brunette who was waiting outside the 72 Bus (if you are- I think you should email this guy, his heart seems like it’s in the right place. Just make sure you meet in public). A Craigslist Cantata ends with its characters wondering if somewhere in this weird online marketplace they might be able to find some happiness.