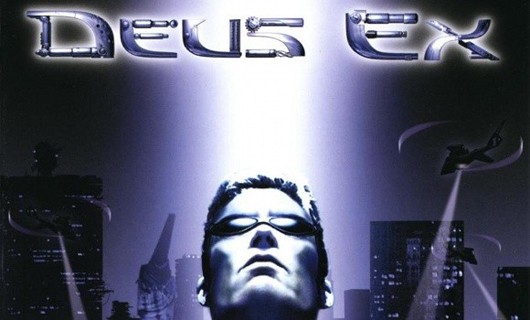 The Power of Choice

As a rule, video games don’t age well. The mechanics become clunky when compared to modern titles, graphics start to look muddy, and budget voice actors sound even cheesier. All of these criticisms apply to 2000’s Deus Ex, and yet the game remains oddly compelling: there’s a popular meme that states that every time you mention it, someone will reinstall it. What is it that keeps people coming back to this now 12 year-old game? Quite simply, it’s the remarkable freedom of choice that the game allows its players.

To back up a bit, Deus Ex is set in a fairly dystopian, vaguely cyberpunk future, where humanity is beset by plagues and terrorism. You play JC Denton, a cybernetically augmented officer for UNATCO, the United Nations Anti-Terrorist Coalition. I don’t want to give away any of the plot, but as you might expect, it’s the sort of game where not everything is as it seems, and contains its fair share of vast conspiracy theories and plots, while touching on themes of transhumanism and the nature of power.

Within this framework, the game became something unique for its time. Arguably it remains unique in its approach to narrative gameplay even today. A typical game tends to present players with some objectives, a way (or two) to get there, and some tools (usually weapons) to help them along. Deus Ex does all of this, but what makes it so interesting is the fact that once players get past the initial introduction, there’s absolutely no handholding. You’re free to roam around the surprisingly expansive levels, tackling locations and enemies in whatever order seems to work best, and using whatever method is most convenient.

An early level set in New York City’s Hell’s Kitchen neighborhood illustrates this design well. Your objective is to find and take out a generator being used by a group of terrorists, and it’s perfectly possible to run straight to your objective if that’s all you want to do. But in the same area, you can also defuse a hostage situation, save a prostitute from being beaten by her pimp, annoy your boss by talking to a journalist, and even stumble across a secret paramilitary facility in the sewers. Some players don’t even see this facility until their second or third time through the game.

But Deus Ex has even more choices in store for players. The game is an action-RPG, so there are fairly standard experience and skills choices to be made. And cybernetic implants allow you to choose new abilities, usually a binary choice between one option or another.

Then there are enemies. Want to blast through a level, guns blazing? That works. Want to sneak through, and avoid enemy contact? You can do that too. How about go through the entire game without killing a single enemy? Also possible—though very, very tough. I speak from (failed) experience.

What all of these choices add up to is a game that manages to transform what should be a very linear experience into something that feels a little more organic. It’s something that I’ve yet to find in a modern game, even though similar titles, like Mass Effect and Alpha Protocol, also feature choices and decisions as part of their narrative. What they lack is that freedom to approach a problem however you see fit, as they have a tendency to railroad you onto a certain path to get to where you need to be.

Of course, Deus Ex isn’t perfect. As I noted earlier, the graphics are often very boxy and muddy, even compared to those of its contemporaries. And despite the well-plotted story, the voice acting is often laughable (such as all the New York City police officers with cartoonishly broad Boston accents). But it’s also the sort of game that overcomes its flaws in a spectacular manner, becoming an unparalleled ode to freedom of choice in gaming that not even its own sequels have matched.