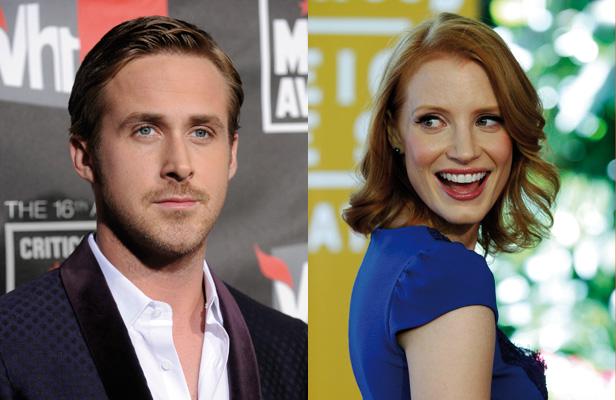 The 2011 My Cinema Performers of the Year

A tradition that started on My Theatre is now being carried over to My Cinema as we announce our Performers of the Year for 2011 as part of the annual My Cinema Awards (the winners of which were announced earlier this week). Still to come is our yearly Honorary Award- given to one person or group whose work in 2011 was both exceptional and transcended our award categories.

The Performers of the Year are one man and one woman whose work exemplified the best in the 2011 film landscape and who had their hand in numerous projects throughout the year. The recipients can be writers, directors, producers, set designers, makeup artists, costumers, composers or any other role that goes into making a film. This year’s recipients both happen to be actors.

One of our Best Actress nominees this year for her haunting work as a young Helen Mirren in The Debt, Jessica Chastain was also nominated for a little thing called an Oscar for bringing the golden-hearted wannabe socialite Celia Foote (my personal favourite character) to the big screen in The Help. The chameleonic actress also starred as an ethereal mother in Terrence Malick’s challenging Tree Of Life and played Samantha in the Jeff Nichols thriller Take Shelter. The January wide release of 2011 festival film Coriolanus sealed Chastain as THE actress of the year; she and director/adaptor Ralph Fiennes crafted her small role of Virgilia into one of the highlights and most important aspects of the modern-day Shakespeare adaptation. The fact that the 2010 version of us all barely knew who she was is downright startling.

Our other Performer of the Year is not only someone the entire world is acutely aware of, it’s someone whose name I’ve known since I was 8 years old when he was on a silly Canadian TV show about kids who went to high school on a boat. Ryan Gosling is a former Mousketeer and Breaker High star who’s now the most drooled-over man in Hollywood (seriously, there were protests when he didn’t win “Sexiest Man of the Year”, actual petitions and stuff). He’s also our male Performer of 2011 because he’s not just a pretty face. Well, he was sort of just a pretty face in the excellent summer comedy Crazy, Stupid, Love; but then you looked closer and realized that he’d cultivated a specific accent and vocal pattern for the character, he’d transformed his body to suit one of the script’s best jokes (“Seriously? It’s like you’re photoshopped!”) and his comic timing in fact had only improved during those post-Notebook years of Intense Dramas Only. His stoic, troubled performance in Drive was one of my favourites of the whole year (in fact, he won our Best Actor award for that movie) then he followed it up almost immediately with an achingly idealistic (at least at first) and intelligent role in the truly excellent and obnoxiously overlooked Ides of March. Gosling’s one of the biggest celebrities in the world, but this year (and, let’s face it, in all sorts of other years before this) he proved that he’s one of its best actors, too.