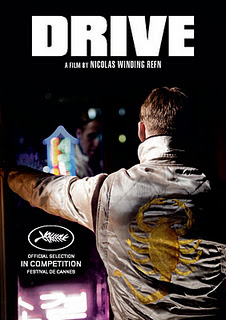 Ryan Gosling is on top of the world. With no fewer than 3 major major movies currently in theatres and Oscar buzz starting up again, Gosling is named-checked as The Guy right now, the one that all other men are stuck never living up to. But Ryan Gosling is a gangly Ontarian with floppy hair and a goofy smile. Isnt’ he? At least that’s the kid I grew up loving on Breaker High back when I was the only kid I knew who knew his name. Then he conquered the world, making everyone fall in love with him in the process- and my possessive pride is kicking in.

The over-processed and grossly overrated Notebookleft me with a little room to feel superior to his newer fans, but as more and more Gosling-headed, standout fare hits Hollywood and its indie little cousins, it seems I’m being forced to surrender and admit that my adorably dorky childhood crush doesn’t belong on YTV anymore; he’s a full-fledged, really serious, perfect ab-ed, inarguably talented movie star in the most grownup of ways, and I’m not at all special in my admiration for him.

And nothing makes that point more painfully obvious than his spectacular work in the most fascinatingly stylized film I’ve seen since Kill Bill. With his steely gaze and pervading calmness, Gosling seems like the only person who could possibly have pulled off the almost entirely silent starring role in Nicolas Winding Refn’s arty action thriller Drive. Underneath the unnamed Driver’s thick shell of untrusting badassery lies a terrified good guy desperately faking it as best he can. On the job as a getaway man, Driver stares straight ahead, nonchalant and collected. But with a slight tremor in his hand, a shift of the eye, Gosling shares Driver’s terror with the audience, just enough to let on that he’s not as impenetrable as he may seem, but he’s desperately trying to be. It’s a genius performance, the kind that really doesn’t allow the viewer to pretend the leading man’s anything other than a first-rate actor, the best of his generation since the death of Heath Ledger. We know almost nothing about the enigmatic and conflicted Driver, but one gets the sense that Gosling knows everything there is to know- he’s the sort of actor who disappears from role to role, a trace of an accent or a minute mannerism telling you that there isn’t even the smallest speck of his real self on display.

In Gosling’s hands, Driver’s horrifying journey is unendingly compelling. We’re given almost no reason to trust Driver yet his own horror at the atrocities he proves capable of wins us somehow to his side. He doesn’t hesitate before throwing himself down the rabbit hole to save someone else from villainy or hurt. Despite his violence, Driver knows where the line is and knows that crossing it means he can never have what he wants, but he does it anyway because he feels that he has to- he’s the very definition of the deserving and tragic antihero. And as Gosling holds the screen with immeasurable skill, the viewer is left with more moral dilemmas than they’d dreamed of before.Hossein Amini’s unconventional and really sparse screenplay sums up the character (and, by proxy, the film as a whole) with a brilliantly underplayed scene between Driver and his love interest’s young son Benicio (Kaden Leos):
Driver: is he a bad guy?
Benicio: yes
Driver: how can you tell?
Benicio: he’s a shark
Driver: there aren’t any good sharks?
Benicio: look at him, does he look like a good guy?
One of the longest conversations in the entire movie, this short exchange says everything you could need to know about Driver’s inner struggle, his fight against his image, what he believes to be his nature. I was a little annoyed at first that the ongoing scorpion metaphor wasn’t allowed to play out without mention- the significance of Driver’s jacket only hitting the audience members familiar with the fable. Then, looking back on that short shark scene again, it occurred to me that maybe the point isn’t that Driver is like the scorpion- it’s in his unavoidable nature to be a “bad guy”-, maybe the reason he gives voice to the otherwise sublimely subtle metaphor is that he believes it to be true more than it actually is, thereby making it true. Maybe the truth of the matter is that there are good sharks, but being told that that can’t possibly be true and knowing himself to resemble a shark, Driver gives up hope of being a good guy. Perhaps I’m reading too far into it, but the convoluted plot leaves little to stimulate the imagination- the fascination all lies with Driver.

And while Gosling is clearly the star of the show, Refn contributes the real eye-catching, expectation blasting sense of daring that makes Drivestand out in the Hollywood landscape crowded with well-acted character pieces, high octane action-thrillers and decent Ryan Gosling movies. His direction is brilliant, creating superb tension and setting a tone so intricately laced with foreboding, thrills, romance and an unexpected touch of fun that it’s like nothing else on film. The use of shocking Tarantino-like violence and gore mixed with the inspired and surprising soundtrack and strange pink title font gives the film a look and feel as oddly off-putting and engaging as Driver’s baffling character. It’s at once a misplaced 80s relic and a film so modern we don’t seem quite ready for it yet.

The supporting cast ranges from the annoyingly one-note (Ron Perlman’s thuggy mob man) to the pretty great (the always excellent Christina Hendricks as a dame caught up in the wrong business). The highlight is, predictably, Breaking Bad‘s Bryan Cranston as a withered but somehow optimistic underworld mentor to Driver. After 3 Emmy wins for a drama, 3 Emmy nominations for a comedy and endless glowing reviews, it continues to baffle me that Bryan Cranston isn’t seen as a leading man on par with some of the most legendary actors of his generation. He’s a marvel, and always just so damn good in whatever he’s playing. It really makes one wonder if Alec Baldwin’s right about the television prejudice being a serious curse. In any case, he’s fantastic again in Drive, holding down an uneven supporting cast with far more gravitas than co-star Albert Brooks as the actual man in charge. Carey Mulligan is the final piece to the puzzle as Driver’s soft-spoken would-be love interest. She’s endearing and cute in the potentially obnoxiously innocent role and creates believable chemistry both with the sizzlingly silent Gosling and her on-screen no-good husband Oscar Isaac (the actor’s good, it’s the character who’s bad news).

While Cranston, Mulligan and Hendricks certainly give the film a bit of a boost, it’s one it doesn’t need as Refn and Gosling have Drive going full speed ahead all on their own. By daring to be out there and odd, both director and actor make the film truly sensational.