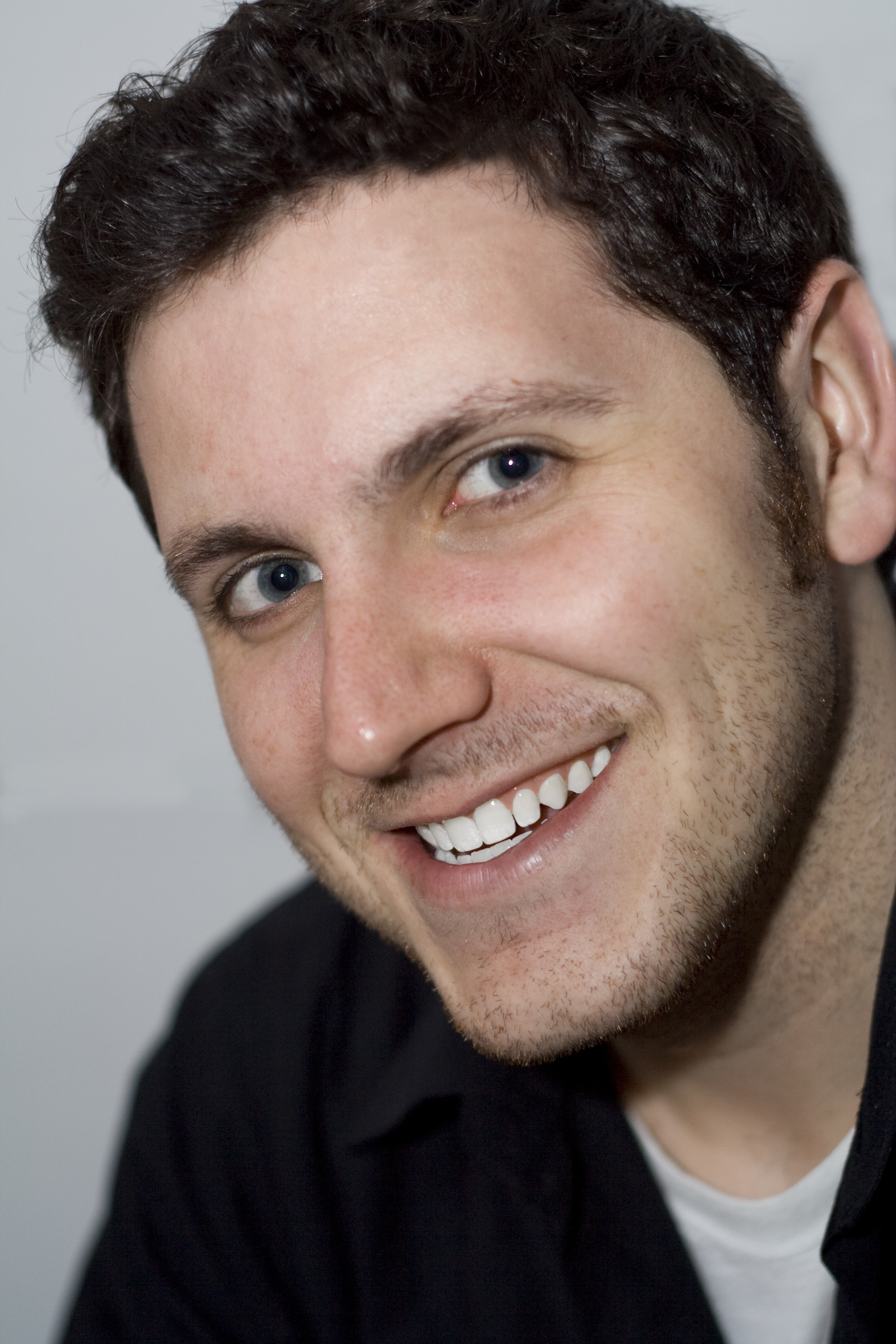 The Boston theatre scene is constantly changing. 2011 saw the tragic departure of the wonderful Independent Drama Society but the beginning of the promising Argos Productons. Insightful director Brett Marks was, in some way, responsible for the 2011 success of both companies. Before IDS left us, they put on 3 final productions, one of which was Glengarry Glen Ross, an engrossingly complex staging of Mamet’s most famous masterpiece, directed by Brett. Nominated for 5 My Theatre Awards (including Best Actor, Best Supporting Actor, Best Ensemble, Best Production and Best Director- every category in which it was eligible), Glengarry Glen Ross was the most consistently well-executed independent production I saw all year. After Glengarry, the Best Director nominee started his own company, Argos Productions, focused on the performance of new works. Their first 2 plays- Junkie and Wandaleria– showed a lot of potential in the young company and Brett himself, one of Boston’s best young directors.

Can you remember your first experience with theatre?
I can! I was in the chorus of a production of Oliver! in the town next to ours, and I was five.

What first drew you to the directing?
I wanted to be in the driver’s seat. I remember being in a production early on which I didn’t find particularly satisfying. The director (who is a great person I still keep in touch with) just wasn’t getting what the story was about. And I guess it’s because I loved the play so much, I thought I could tell the story better. Thankfully, Boston College (my alma mater) has a wonderful directing course, taught by Stuart Hecht, which allowed me to learn much more about how to actually be a director before I went out on my own.

Do you try and go to the theatre often? Is it helpful to view the work of other directors? If so, what have been some of your favourite productions?
I try to go to the theatre as much as I can. It’s hard to see shows when you are doing shows, but I do think it’s important to go out there to see what everybody else is doing. In a way, seeing what others do with a show is helpful, especially if it’s a play you love and you’re watching it in a way which can surprise you (hard for directors, as I think we all like to deconstruct each other’s work). However, directing is very personal, and in that respect what works for one director may not work for me, my product, my process, or the audience I’m telling my story to. More helpful to my growth as an artist is when I can assist or talk to veteran directors, one-on-one.

Some of my favorite shows of the last six years or so have been The Adding Machine at Speakeasy Stage, Mauritius at the Huntington Theatre Company, Speech & Debate at the Lyric Stage Company, and The Pillowman at New Rep.

How did you get involved with IDS?
They posted a search for a director, I interviewed, and got the job.

Why Glengarry Glen Ross?
Well, the play was technically chosen by IDS for production, before I interviewed for the job, and I could easily see why. In this era of foreclosure and people pinching pennies, Glengarry Glen Ross was an especially timely choice for IDS. And we recognized some of the parallels in the production, I think. Dulling the “period” aspect of the show (it’s hard to think that a play written in the 80s is “period”, but…) was a choice, and I’m sure we had a conversation or two about the parallels to the current economic situation. But what I found most interesting in Glengarry was how connection and destruction thrived side by side. These men have such strong relationships with one another – they are like white-collar soldiers, in the trenches – and yet they are willing to destroy one another so easily.

What are some of the challenges that come with a Mamet script?
Well, I can only speak for Glengarry, as it’s the only Mamet I’ve directed. However, that relates to one of the bigger challenges to directing Glengarry – it’s so well-known! I was hard pressed to find someone who didn’t ever see the play or watch the movie, and I was hyper-aware of the fact throughout rehearsals that most of the audience would know Mamet’s work, this play included, much better than I would. Then there’s also the language – not the cursing, but all the short “ums,” “uhs,”….each of those are specifically placed, and they contribute just as much to the story. The one thing which was easy to see with this script is that it’s tightly packed. Everything in there is necessary and contributes to the rhythm of the play, and that can be tricky for actors to navigate. One misstep and it can be hard to get back. It was extremely important we were all on our game and trusted each other. Volatile personalities or behavior had no place in our company, though it was a major component of the play. At the end of the day, despite the notoriety of the script, the challenge of the language, and anything else, Glengarry is about the relationships. My goal was to focus all of us on that and not worry about the rest.

Walk me through casting- were they easy decisions to make or did you struggle filling some roles?
Casting was by no means easy. I had a few people in mind for a few roles prior to auditions, and only one of them ended getting cast! We had a lot of talented guys come in, many whom IDS had never seen before but many I knew from previous auditions. I had seen Michael Fisher about a year before at a rehearsal for Gurnet Theatre Project’s summer production of Macbeth and knew he’d be a strong contender for Roma. Jeremy Browne was someone I’d actually seen years before in an acting class, and I was thrilled he came out for Glengarry, especially knowing he’d bring a fascinating quality to Williamson. Casting for the other gentlemen really fell into place after that – and as I didn’t have most of them read with each other before they were offered a part, there was a great deal of projecting what each actor would bring to the role and how that would line up with everyone else. I think we ended up with a very good bunch.

What’s your rehearsal process like? How long have you been working on this piece?
Every process is a little bit different – especially when you’re trying to rehearse around holidays in December, as we were. We rehearsed for about six weeks within a nine-week period, taking time off for the holidays. And knowing this play would rise or fall on the rhythm of the performance, I also had the guys get off-book very early in the process, about two-three weeks after we started.

We often switched between running the show with no stops and then doing nights of scene work. It was important to mine the script for all the moments we needed, but equally important to keep the rhythm of the entire piece in the minds of the actors.

What are some of the things you brought to the play that were unique to your production?
I tried to really push the age difference in casting. I flushed out some “old-guard/new-guard” dynamics in Levene/Roma’s relationship, as well as in Williamson’s relationship with everyone in the office. In these times where it seems the brilliant businessmen like Mark Zuckerberg are incredibly young, I thought the parallel would extend well to Williamson & Roma.

Tell me about Argos Productions. What motivated you to start the company?
I was simply looking for a way to help my playwright friends continue some forward momentum in their work. It can take a long time for a playwright to get produced by a larger professional company, which can slow down or altogether stop a playwright from writing. I started Argos to create opportunities for playwrights to continue working.

How do you pick your projects? Do you choose them with a specific vision in mind?
Well, since all plays come through me right now, every project I choose is one I personally believe in. Most projects I choose are either a well-told story, a story which surprises me and contributes something new artistically, a story I know will be commercially appealing to a certain market, or frankly, a play that fits nicely within our budget for the upcoming year. One of my goals for Argos’s future, however, is to not stick to one aesthetic over another. There are many different types of work out there and I don’t want us to only produce one type.

If you could direct any play ever written, what would it be and how would you approach it?
Oh boy….The play I’ve always wanted to direct is actually the first play I ever wanted to direct – The Film Society by Jon Robin Baitz. It’s a fantastic piece about loyalty and duty and tradition, set in a South African private school in the 1970s. And the best way to describe the approach is to say it would be in the round, though I’d take any space I could get to direct this one!

Who are some of your favourite people to work with? Do you always change it up or generally work with a similar production team?
Oh, this is a very hard question to answer – I try very much to fit the team to the project as a rule (cast & designers), though there are many, many people I am just waiting to work with again (making sure the project is right). Two people though, who have helped me immensely through multiple shows have been Deirdre Benson and Sarah Gazdowicz. I’ve worked with Deirdre as my stage manager on five shows (two as an actor, three as a director), and with Sarah as my assistant on three shows. Those two have been incredible resources and collaborators for every show I’ve worked with them on, and I’m grateful they keep coming back!

I hear the Wandaleria run went really well. What’s your next project?
Thank you! We closed to great houses – I certainly hope the momentum carries to Argos’s (and my) next project, Murph by Catherine M. O’Neill. It’s a drama set in Boston in the early 90s, against the backdrop of Clinton’s presidency and a local political team facing a life-changing opportunity. Catherine and I have been working on this play for some time, and I’m thrilled I finally get to produce and direct it.

If you could pick one definitive moment in your career up to this point, what would it be?
There have been a few, but the one which sticks out the most was the closing night of my first show, Cherry Smoke. There had been some rough reviews and it was a difficult show to direct, not to mention the fact we were running in July and the heat was oppressive in the theatre, to say the least. However, when closing night came, we had a full house who loved, loved the show, and sent the cast off with a full standing ovation, as well as an encore of applause in the lobby after the show. And it was then that I realized that people will take this work I put up in many different ways. They’ll come into it with their own agendas, and take away things from it I never would have seen. All I can do is try and put up the best damn show I can, and let folks take it how they will.

Is there anything you’d like to add?
Thank you for these questions – this has been fun to answer.