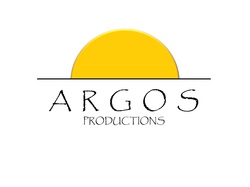 I’m a little bit in love with Argos Productions. With a charismatic artistic director and a mandate to perform original works with the writer involved in the development, Argos is the latest company after my heart. Their inaugural production, however, is a little shaky.

Junkie, a new work by John Shea, takes the form of a series of monologues delivered by Cal, a heroine addict waiting out his time in a 30-day rehab facility.

The one-man show is directed simply by the very capable Brett Marks and given an earnest voice in actor Sean A. Cote. Detailed set dressing establishes the world well, with harsh lighting illuminating the mundanity of the sparce room featuring lonely decorations like an instructional whiteboard, awkward kitty calendar and a pathetic inspirational poster sporting a drawing of a bumble bee and proclaiming “bee smart, don’t start”. It’s a sad space that Cal fills with his desperate tales of motivations, excuses and the few happy memories he still holds. The one technical issue in the show is the dramatic overuse of glowing spike tape. The stuff is everywhere, suggestive of a show far more technically complicated than this is. The glowing presence during frequent blackouts is so distracting that I began to wonder if the outlining of Cal’s surroundings was somehow purposeful. But aside from that weird element, the technical side of the show is sort of perfect.

That said, I’m not sure exactly what it was that I didn’t like about Junkie. Whether it’s stilted writing, awkward acting or simplistic direction, maybe all of them, maybe none- there is something that just doesn’t sit comfortably about the production; it doesn’t ring particularly true. The most honest moments are the least expected- silent vignettes between scenes that see Cal aimlessly passing the time, looking at photos, packing a bag, pacing the room, masturbating in bed. As he walks us through a series of anecdotes ranging from the poignant to the pointless, Cote does his best work in a tense scene where Cal recounts a traumatic blow job.

Cal’s 90 minute journey to a place where maybe he might be okay is a fascinating one and not without its appeal, despite the unidentifiable awkward falsehood.