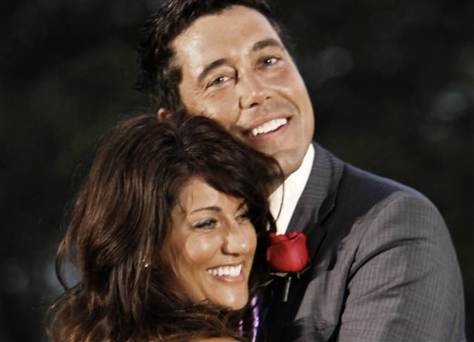 The Bachelorette finale and “After the Final Rose” special:The finale goes exactly as planned as Jillian chooses an ecstatic Ed and stomps on the hearts of Kiptyn and Reid (who returned to propose and finally declare his love). The “After the Final Rose” special, however, contained one of the more awkward segments I’ve ever seen. When Reid returned to face Jillian again, the reunion was filled with unasked awkward questions, unbearable silences and a creepily enthusiastic young woman who came to the mic to ask Reid if he would go out with her. As for the Jillian/Ed interview, they seem pretty happy and may eventually turn out to be one of the few couples who actually make it after the show. The highlight of the night came with host Chris Harrison’s line “as a talented country singer [infamous bachelor/slimeball Wes] once said, ‘you know love, it don’t come easy’.”

Dirty Sexy Money: I love this show and I’m so glad to have it back (however briefly). Saturday’s episode was the first offering of this final batch (that started last week) that reminded me how great this show really could be.

Psych:I have no idea where the episodes that show up weekly on my PVR are from in the chronology of the series but I really love this show. Dule Hill is a god.

More to Love premiere: In theory, I like this show. I like the idea of a show in The Bachelor format that doesn’t over-emphasize the need for a perfect bikini body. That said, for a show like this to work, it needs to not dwell on what it is that makes it different. After the first episode, all I took away from More to Love is that all these women, who swear they’re looking for someone who can see beyond their exteriors, are inextricably caught up with their own weight; it’s all they talked about. Sure the guy’s kinda cute but he carried with him a bit of a douchy vibe and I can pretty much guarantee that the couple that comes out of this show at the end is not going to last. In fact, my guess is that some skinny girl watches the show and introduces herself to Luke when all is said and done and he leaves his chosen “big girl” for the prettier one. More to Love just seems like one of those shows that has the exact opposite effect than what it is striving for. I think the only thing the audience will take away from it is that girls who are overweight can be just as vapid and self-involved as the itty bitty ones on The Bachelor.

Better Off Ted: Veridian Dynamics goes green (without their knowledge); Ted invents a fake project called Jabberwocky; Portia De Rossi takes back the lead she lost after last week’s SYTYCD in the epic battle of ‘who’s funnier: Portia or Ellen’; and corporate ignorance, the trend of flashy business presentations, employee fraud and the green obsession all get delightfully satirized.

Triple Sensation finale: Kaitlyn finally impresses, Hailey steps it up, Leah’s acting chops (rightfully) snag her the win despite some rough notes in her song.

Merlin:I’m about 3 episodes in. I’m still making up my mind but I think I like it so far.

Big Brother: Jessie further pisses me off by making exactly the right moves for his position in the game, further harming the side of the house that I was rooting for, perpetuating the Athlete rule and keeping the game’s most annoying players around (aka Ronnie and Lydia). He may be driving me crazy but I may have no choice but to become a Jessie fan. Quite frankly, he’s the best player in the house right now (though he does have a giant target on his back for when one of the few weak people who can and would put him up gets HOH) and that bizarre love triangle is the most entertaining thing going on this summer guilty pleasure.
The West Wing: I’m re-watching. Season 2 really is perfection.

Dawson’s Creek: I’m re-watching. Season 2 is nowhere near perfection. Pacey, on the other hand, comes pretty close to perfection in his best season of the series (remembered fondly by me as ‘the Andy season’).

The Guild: On the grand scale of Joss Whedon’s friendship circle, Felicia Day has never been a favourite of mine. But yesterday I caved after hearing her talk about her web series The Guild for the millionth time in an interview with Michael Ausiello at Comic Con. The sweet little webseries that she created, writes and stars in is a shoestring budget story about a group of gamers. Understated, amusing, boasting a colourful supporting cast and running only about 5 minutes per episode, The Guild is actually a nice way to spend your time. It’s available (yes, even in Canada) at www.watchtheguild.com.

Jeopardy:Last week saw the reign of the most engaging champion in a very long time: a young video game tester/camp counsellor with long blond locks and a goofy grin. Against all expectations, Stefan won game after game with some seriously impressive skill. Not only is he surprisingly brilliant, but this nonchalant dude is always cracking jokes (adorably bad ones), never takes the game too seriously, often comes from behind to win big and has proven himself to be a big better on Daily Doubles and Final Jeopardy questions (which always keeps the game interesting). Multiple times he bet between 4 to 6 thousand dollars on a single Daily Double question in the first round; and during one game he bet more than $20,000 on a Final Jeopardy question about food (which he then got wrong but had a score high enough to still win the game). He’ll be back soon to kick off the show’s 26th season as reigning champ, keeping things interesting. In the meantime, the Teen Tournament has been very boring.