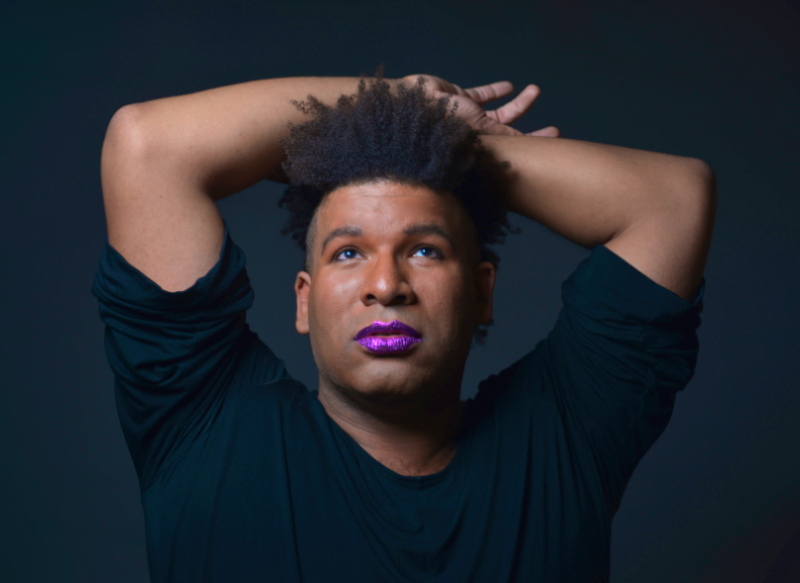 Like Neil Patrick Harris at the Emmys, fabulous cabaret star Ryan G. Hinds will be pulling double duty come March 21st as both co-host of the Toronto MyTheatre Awards show and an Outstanding Solo Performance nominee for his heartfelt and dynamic Fringe play Starry Notions.

Can you remember your first experience with theatre?
Seeing Babar the Elephant at the Oakville Centre for the Performing Arts. It was done with puppets and masks, and even though I was only 3, I can still remember how the sad moments affected the audience and being completely fascinated by that. My Mother made regular trips to the theatre a cornerstone of our family life, so whether it was mega-musicals downtown, Shaw Festival, or plays at the local library theatre, we went often and always treated it like a special occasion.

What performers have always inspired you? Are they the same today?
It’s a long list, and I’ve been fortunate to either work with or get to know most of them! Mark Cassius (who I recently performed in Ragtime with), Joan Rivers, Thom Allison, Eartha Kitt, Ben Vereen, Liza Minnelli, James Brown, Judy Garland, and my mentor, Chita Rivera. They all bring a larger-than-life theatricality to their work that is inherent to who they are, and showed me the kind of performer it was possible to be. That kind of inspiration and respect never goes away!

How old were you when you first started singing?
Music was always part of my home life, so I don’t have an immediate memory of deciding “now I will learn how to do this”. I was in every church/school choir and community theatre show growing up, so my training didn’t formalize until high school (I attended Cawthra Park’s regional arts program, and went from there to Randolph Academy). Guess you could say I learned on the job!

What inspired you to get started as a cabaret performer?
I wanted to work! I wasn’t getting cast in many shows yet, and didn’t have a creative outlet. Cabaret seemed like a fun way to make a little money and be onstage between gigs, but the more I did it, the more I realized how comfortable it felt. Instead of being one or two characters a night, I could be nine or ten, and then end as myself.

What makes one of your cabarets stand out?
I really focus on storytelling with my cabarets. The stereotype of a cabaret being “all about meeeee!” really grates; if it becomes an ego-trip or on-stage wankery, why bother? Empty glitz gets boring. For me, it’s about balancing interesting musicality with storytelling clarity, audience engagement, and a range of emotions. Ultimately, there’s got to be a reason that I’m onstage at this moment singing this particular song beyond “I always liked this song”….I try hard to take my audiences on a journey and open my heart wide enough for everyone in the audience to see.

Who are some of your favourite collaborators?
Mark Selby was the music director for my Buddies residency and now I frankly can’t conceive of doing a cabaret without him. He’s extraordinarily able to make a song or a medley sound like what it sounds like in my head and is the perfect mix of music director, musician and accompanist. Over the course of a few shows, he’s really proved to be an invaluable part of my creative identity; he knows my strengths and weaknesses and makes the process comfortable. Rehearsal with Mark, Jeff Deegan on bass, and Julian Clarke on drums is always fun and full of discovery. Even though what I do is often classified as a solo show, I consider Mark, Jeff and Julian’s contributions as important as my own. What they do both in rehearsal and performance affects everything from my singing to my movement.

I’ve also worked a lot with the companies Buddies in Bad Times and lemontree Creations, both of which have allowed me incredible artistic freedom. lemonteee has produced a spectacular body of work over a few short years, and every artist who’s worked with them emerges stronger.

You’re a Resident Artist at Buddies in Bad Times. What exactly does that entail and how has it influenced your work?
For my residency, Buddies has given me space, resources, dramaturgy, and (most importantly) time to create shows. My original pitch was only for a year, but I was given an additional year because of how successful the results were. In my first year, I created four separate cabarets; so now in my second year, I’ve been focussed on refining them and seeing which ones can have a further life elsewhere, either as cabaret or as theatre.

How do you go about developing the concept for your next show?
I start with what I want the takeaway to be. Once I have figured out what exactly I am trying to communicate, I use that as an end point and then work backwards through the show, thinking carefully about where I want the laughs or tender moments or drama to be. How am I going to build them toward a climax? What do I want to be the message of the show? Where’s the starting point? Once I have those things thoroughly fleshed out, I have the framework and can add the songs.

How do you choose what songs to feature?
I start off by staying away from the songs that everyone else is doing or that are closely identified with others. It’s important that you have your own identity, and that can’t happen if you’re singing songs that are commonly done! I look for songs that have subtext I can play, almost always leaning towards songs that have a double meaning, songs that strongly illuminate a specific character or story, and songs that have a unique structure. I believe in honouring the songwriter’s intentions, and try hard not to alter lyrics or melody without a strong justification. When I find songs my audience may not be overly familiar with, that sit well in my voice, and serve the show’s concept, I know I’ve found an ideal song.

Tell us about your nominated production Starry Notions specifically. What made that show special in your eyes? How did it develop?
I have such enormous affection for Starry Notions because every time we performed it, I got to see how much fun the audience was having before the emotional catharsis at the end. It was the first show of my Buddies residency, which means that I had nine months between Buddies and Fringe to sharpen the show, and our awesome producer Chelsea Manders took the lead on all things admin and production so I could focus on making the show better. I started off wanting to tell the ultimately tragic story of someone whose path crossed mine briefly but memorably: how could I memorialize someone without making it a dirge? We were similar enough that I realized I could tell his story under the mantle of my own….for the audience, spending a hilarious evening getting to know and care about someone only to have it end sadly would provide a powerful contrast. For most of the show, they thought they were watching a show about me, but each song in Starry Notions related to the final 10 minutes. Every performance of it was special to me, and it did a lot to heal the grief and regret I was carrying. Also, it was the first time I’ve had a fringe “hit”….I’m used to doing shows at Fringe with small turn-outs or so-so reviews, so walking out to a full house with those incredible reviews was delicious. From the dressing room, we could feel and hear the buzz in the audience! I will never forget that.

Do you have an all-time favourite moment from one of your cabarets?
There’s a song called “How Lucky Can You Get?” that I’ve sung in a few shows now that goes through some of my showbiz horror stories, and one in particular always results in a deeply satisfying mix of the audience being shocked, then laughing, then applauding in the space of 3 seconds. Watching that chain reaction from the stage never gets old!

You toured to New York this fall with your Kander & Ebb show. If you could take any of your existing or yet-to-be-developed cabarets on the road anywhere, what show would it be and where would you go?
I’ve never been to London, and would love to cross the pond with a show. New York was awesome, and I look forward to going back again with a new show, but I would be thrilled to tour with #KanderAndEbb and Starry Notions for the rest of the 2016. It’d be great to do Starry Notions in my hometown of Mississauga and in Vancouver (where I have a lot of family). With #KanderAndEbb, one of our best audiences was in Montreal which surprised me as it’s not exactly musical theatre central; based on that, I’d love to take the show to other places where they would get to discover some of the songs for the first time.

What are you up to now/What’s Next?
My Buddies residency continues for a few months, and I am determined to get some some of the material that we worked on recorded. The bad thing about live performance is how impermanent it is, and people have been asking for a CD; so it’s time to get over my fear of going into the studio! The magic of singing for me has always been in the energy exchange with the live audience, so recording will be a new challenge.