Gaining Something In Translation 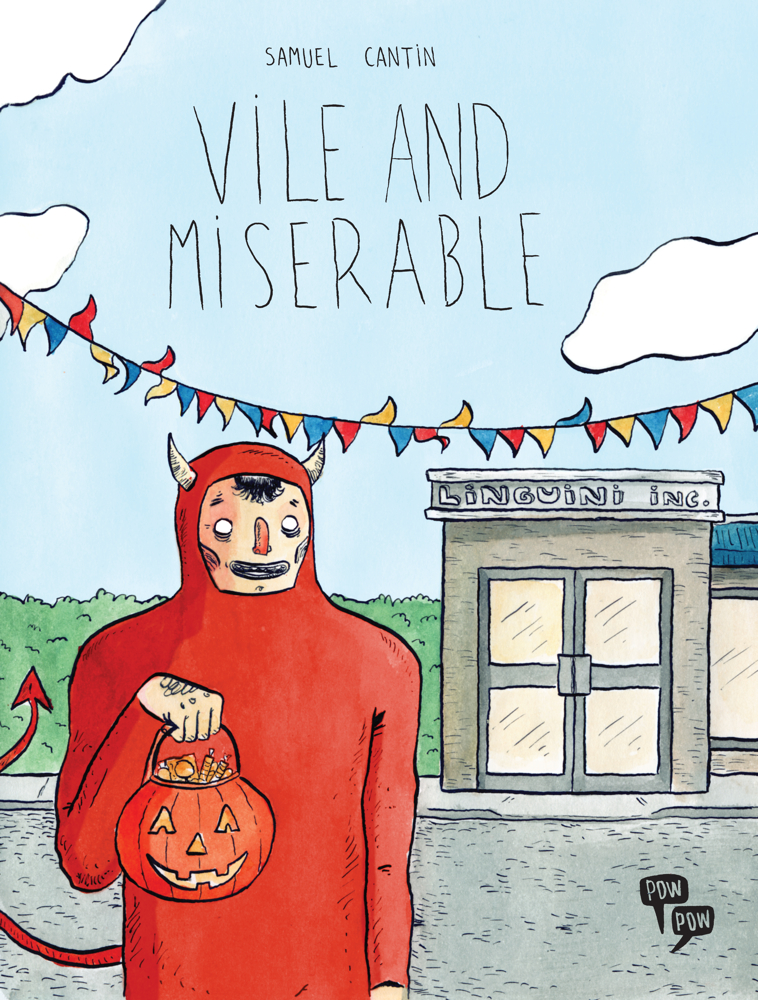 Montréal is one of my favourite cities to visit. Perhaps it’s the surreal experience of walking down a city street, not entirely unlike a Toronto street, and seeing familiar corporate logos with unfamiliar French names. The feeling of stepping into an alternate reality where things are just different enough that you’re forced to pay attention to minute, non-threatening differences. As a result, the experience of a day downtown is saturated with awareness. In my experience, whenever I visit, I can’t help but stop and smell the proverbial fleurs-de-lis.

There’s something magical about a city where just about everyone is bilingual – where you can overhear as many English conversations as French ones on public transit – and where idioms of each language find their way into conversations made primarily of the other. But, if you’re like me and only have confidence expressing yourself in one of the two, it can be frustrating. It’s as though a richer experience of life is frustratingly dangling in the air, just out of reach.

Last November a Kickstarter campaign was launched by Pow Pow Press, a Montréal-based publisher that has grown, in a few short years, to be one of the largest indie comics publishers in Québec. Their goal was to raise funds to translate some of their critically-acclaimed bestsellers into English. They succeeded in their efforts and will be debuting four books, previously only available in French, at the Toronto Comic Arts Festival, which is happening this weekend in and around the Toronto Reference Library.

I started with Michel Hellman’s Mile End, which has been available to French readers since 2011. Named after and set in a neighbourhood to which I semi-regularly make personal bagel-related pilgrimages, this book is made up of a series of vignettes, drawn in a charming and friendly style. Some are presumably autobiographical, others are flights of fancy, but they are all infused with the energy of an artist living and pursuing his studies in that locale. If you enjoy visiting Montréal as much as I do, this book is sure to give you those familiar warm, fuzzy feelings and you might even find yourself checking if you’ve got any roadtrip-friendly weekends coming up. That’s not to say the book doesn’t contain situations to which everyone might relate… but there’s a certain essence of that amazing city captured in these pages that you might not recognize if you’ve never visited.

Next, I read the mischievously surreal Vile and Miserable by Samuel Cantin. It follows the misadventures of one Lucius Vile, a sexually frustrated demon who sells used books. As fate would have it, his shop is located in a used car dealership. Though even his name has been translated from 2013’s Vil et misérable, I just can’t imagine Lucius’s delightfully bizarre existence and surrounding circumstances emerging from a non-Québécois imagination. Perhaps that fact plays a part in all of the surprises a reader is sure to find in this pleasantly disturbing sitcom. I can only speculate that the author, through the process of drawing endless shelves of books, drove himself to a productive euphoria where he encountered the wild and wonderful characters that populate this romp. And we should all be grateful for it.

In a similarly dark but much less existential tone, there’s Vampire Cousins, written by Alexandre Fontaine Rousseau and drawn by Cathon. Even if you’re experiencing vampire fatigue, don’t let that stop you from checking out this perfect balance between vintage horror and bright-eyed whimsy. There’s no moping or brooding to be found here, only the sort of weird wonderfulness you’d expect in an Ed Wood movie. The visual style is certainly reminiscent of the silver screen’s glow. If you’re looking for something fun and satisfyingly silly among this foursome of books, look no further. The most disappointing part of this particular book was my realization, on the last page, that the ride had come to an end.

For as Long as it Rains rounds out the quartet. Last year, its cartoonist Zviane won a Joe Shuster Award for the book’s French version, entitled Les deuxièmes. Of these four books, this is the one I’ll be re-reading first and recommending highly as a work of art to both read and behold. I didn’t think I’d ever describe a graphic novel as musical, but I hope you’ll indulge the rhapsodizing (puns always intended) metaphors I feel compelled to use. For as Long as it Rains is an intimate duet. The audience follows the principal players through a series of contrasting movements in which sweet harmonies resonate and creeping dissonances jar. Playful one moment and and introspective the next, the intimacy is at times emotional, at times sexual. Even the story’s setting, like a concert hall, seems perfectly tuned to the series of events that unfold within its walls. The book is positively exquisite.

I’m deeply grateful to Pow Pow Press and my fellow Kickstarter backers. Without them, I’d be oblivious to the pleasure of reading this collection because of my lack of French comprehension. There is a unique richness in experiencing these books of which no one should be deprived. And, thankfully, with the debut of these English translations only the language barrier has been lost.

Weather the Weather
Pilot Watch: The Flash
Lot and His God