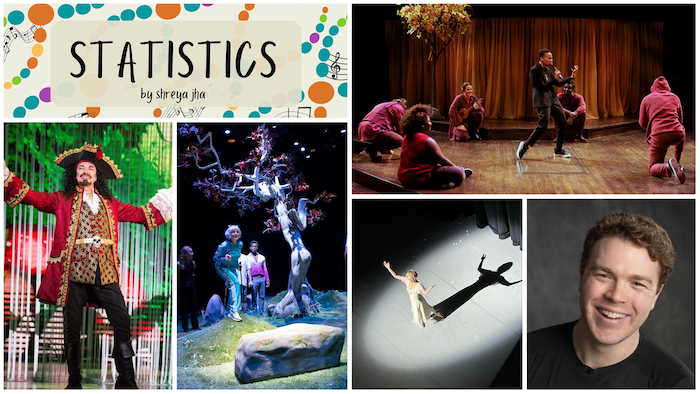 It’s the new year so we’re trying something new.

Usually January sees us announcing the nominees for our annual Critics’ Pick Awards but, since the pandemic, we’ve shifted our focus to cover more areas of entertainment and the result is that we no longer review enough theatre in any given city to responsibly choose a truly representative list of award nominees. But we couldn’t just let 2022 pass without finding some way of honouring the artists who stood out the most to us, even if we weren’t able to see everything.

So we’re launching our first ever Critics’ Pick Entertainers of the Year. No categories, no competition, just a small nod of appreciation.

Without further ado, our Entertainers of the Year for 2022 in theatre:

The Stratford Festival’s 2022 production of Hamlet was exactly the thrilling, immediate, thoughtful reintroduction to big commercial Shakespeare that audiences needed after multiple years of anemic outdoor productions and Zoom theatre. Peter Pasyk is consistently a great director of actors and he found the perfect leading player in Amaka Umeh whose refreshing jump straight from newcomer to title character infused the production with much-needed youthful energy and exciting change. There was nerve and intensity in every ounce of this production, which is exactly what Stratford needed to bring us all back.

When I look back on 2022, the theatre experience I’ll always remember most fondly is Damn Yankees at the Shaw Festival. Attending a few weeks after the official opening night but not having read up on the production before showing up, I thought the understudy I was seeing in the leading role of deal-with-the-devil baseball player Joe Hardy was only on for one performance (or, like most Covid-era understudies, maybe 3 or 4). I later learned that Drew Plummer was stepping in for an injury rather than illness and was well into what would turn out to be a two-month run before returning to his original ensemble role. This explains why he didn’t seem to have an ounce of understudy nerves or seem even the slightest bit behind on the task. In fact, Plummer was a better Hardy than I could have imagined, somehow perfectly suited to the role he hadn’t been intentionally given. But the backstory would be filled in later. The prevailing feeling in the theatre on the night itself was that of discovery and exclusivity, the thought that just those few of us in the seats that night were getting to experience something special. And we were, if not exactly to the extent that we thought. That’s what theatre is, after all. At its best, it should always feel like getting to see Drew Plummer play the lead in Damn Yankees.

The Ensemble of Everybody

On a pure artistic level, the strongest piece of theatre I saw this year was Everybody, also at the Shaw Festival. Branden Jacobs-Jenkins’ modern adaptation of ancient myth, directed with creativity and tenderness by László Bérczes, was a one-act triumph worthy of many a return trip as the astounding ensemble rotated through the central roles.

Indie theatre hasn’t been able to scramble back to its feet as easily as the bigger companies so it was such a joy to return to the Toronto Fringe Festival and see that exciting work is still being created at that level. In the first Fringe back post-pandemic, it was composer Shreya Jha’s ambitious musical Statistics that most completely stands out in my memory. Beautifully balancing accessibility and depth, Jha’s work scored both musically and theatrically. I’m desperate to see it on a bigger stage.

Finally, we’d like to honour two of Canada’s great theatrical gems as they took their final bows in 2022. Both retired as of 2022 after decades-long careers, panto king Ross Petty and prima ballerina Sonia Rodriguez gave wonderful farewell performances that celebrated their long legacies and were received with well-deserved cheers. Petty’s holiday pantomimes are a foundational theatre memory for me, spanning decades of my life and I sobbed saying goodby to him at Peter’s Final Flight this Christmas. Back in March, I was so lucky to attend Rodriguez’s final performance of A Streetcar Named Desire with her tribute curtain call to close the show. It was a privilege to be fan of the National Ballet of Canada in the age of Rodriguez. Both she and Petty leave the theatrical landscape much more beautiful than they found it.