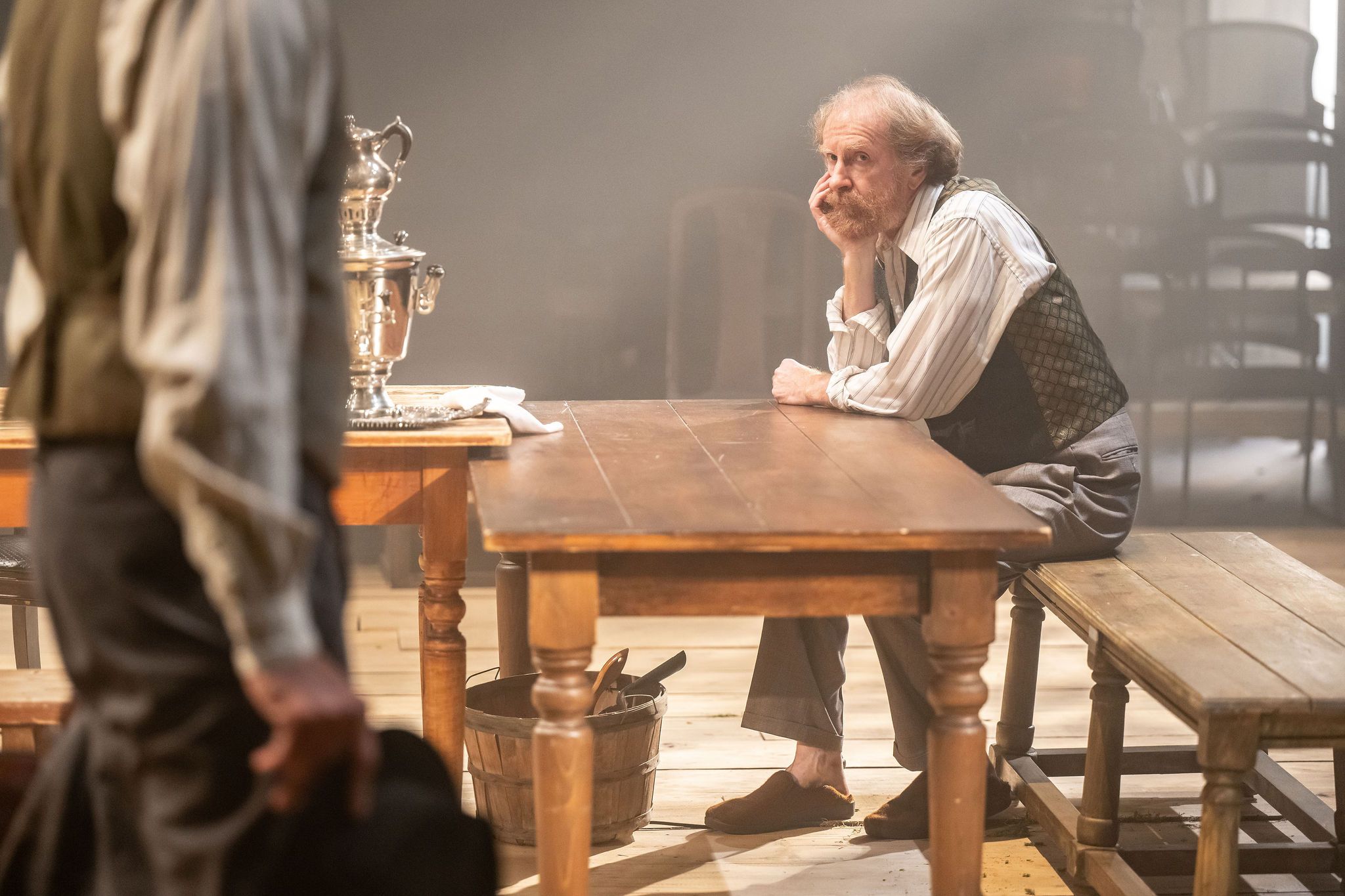 The world of Crow’s Theatre’s Uncle Vanya is filled with glorious light courtesy of the ever-reliable Kimberly Purtell and set in a beautiful almost semi-immersive stage design by Julie Fox. It’s looks like a painting and it feels like a return to form for Crows- a starry ensemble anchored by Tom Rooney and directed by Chris Abraham playing a classic text with across-the-board strong production support. It’s a winning recipe with a high floor of success. I badly wanted to like it more than I did.

Uncle Vanya is a masterpiece that, despite being very difficult to lift out of its as-written time and place, remains fresh in every iteration on the strength of its complex characters and the reality of translation. There is no definitive English version of Vanya so every production is a little different on that base level of text. But a little different, not a lot different. I would say this one is a lot different and not for the better.

This production is billed as “adapted by Liisa Repo-Martell”, meaning that the crafting of the text was more focused on changing and updating rather than translating. Repo-Martell’s interpretation, especially as directed by her husband Abraham, is more explicitly funny than most Vanyas and more full of movement. The mournful silence and unspoken connections that mark Chekhov’s style are all but completely gone and big pronouncements of emotion replace simmering suffering. No one stands still long enough to get bored, a very audience-friendly choice that makes the play more enjoyable but far less impactful. The actual translation was done by Polly Phokeev, who is fluent in Russian but is also one of the city’s most sensitive and unflinching playwrights; it seems a waste to ask her to provide a strict word for word translation and leave her artistry so untapped.

It’s nearly impossible to go wrong with Tom Rooney in a great leading role so there is a limit to how much one can criticize a production like this. Again, it’s got a really high floor; this was always going to work. It’s such a joy to look at a beautiful stage and watch talented people play iconic scenes, but there are so many places in this production when a joyful choice was made instead of an unpleasant one and I want a Vanya that’s harder to reckon with than that.