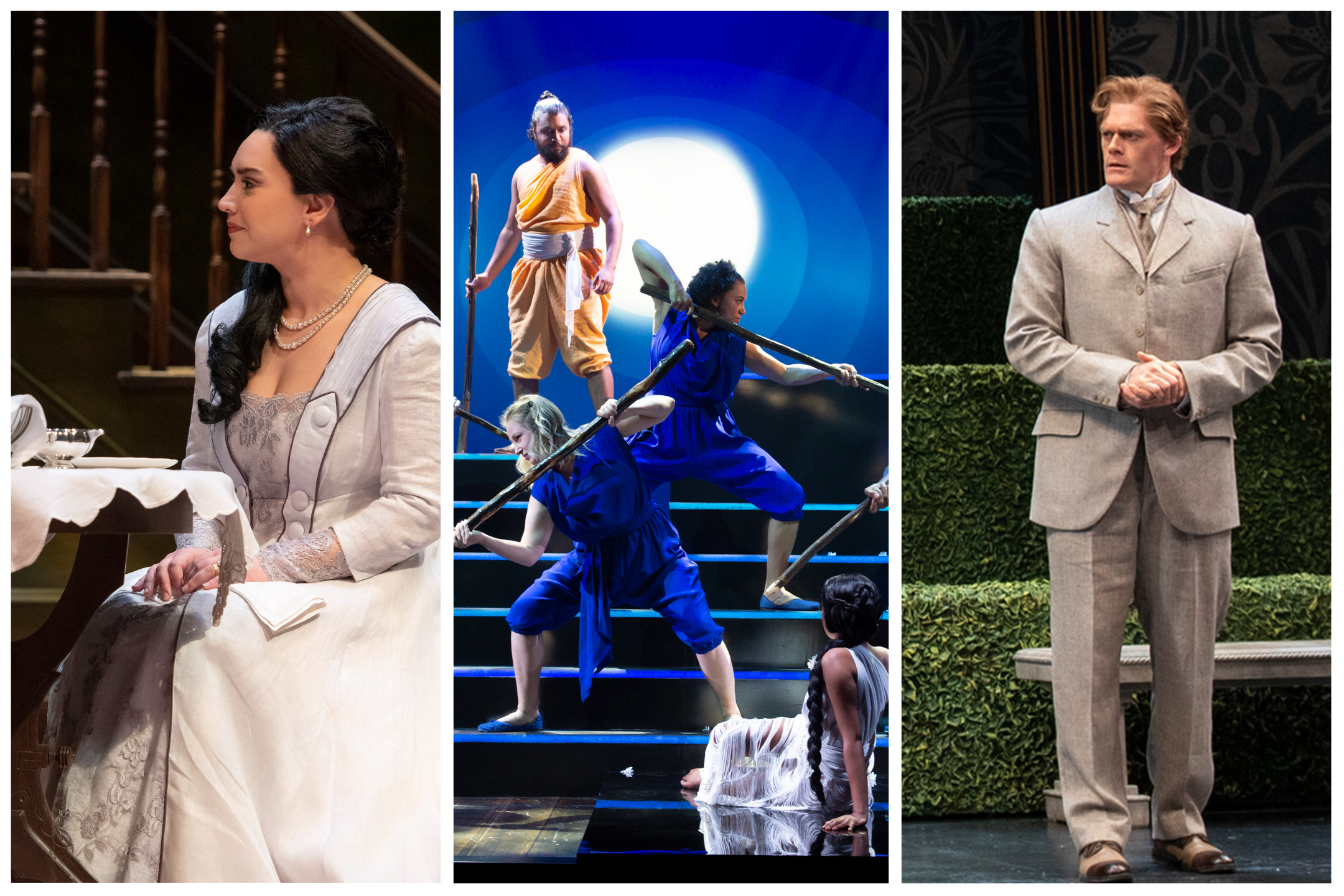 The 1938 play that inspired the idiom “gaslighting” has dipped briefly into the public domain, allowing the Shaw Festival to commission Johnna Wright and Patty Jamieson to adapt the story into this new version. It’s a clever thought, giving audiences the backstory behind such a ubiquitous concept (one that is very much not self-explanatory) and yet another creative way of mining contemporary relevance out of the mandate (the original play having been written and both being set in Shaw’s lifetime). Director Kelli Fox’s production is gloomily atmospheric in the most beautiful way and leading lady Julie Lumsden handily manages the challenge of being duped without being dumb. Kate Hennig steals the show as she often does as the plainspoken maid Elizabeth though Andre Morin never convinced me for a moment that he was anything but up to no good as the up to no good husband Jack. The principal difference between this version and its predecessor is that some of the logistics of Jack’s trickery have been changed in order to give his wife Bella more agency. The result is a slightly more muddled plot that doesn’t quite capitalize on its title’s relevance but the production is enjoyable and well executed if not revelatory.

This season’s lunchtime show Chitra is a visually arresting fable directed with intriguing fluidity by Kimberley Rampsersad. The story is somewhat forgettable and the clunky dialogue makes for some awkward performances but Chris Malkowski’s outstanding lighting pairs with Rampersad’s choreographic style to create some really memorable images.

The Importance of Being Earnest

Rounding out this trio of shows is an easy bet for Shaw Festival fans. Oscar Wilde’s endlessly pleasing comedy of manners and mistaken identity gets a standard, capable treatment from the company playing right in the middle of their wheelhouse. The deployment of steadfast goofball leading man Martin Happer and thrilling ingenue Gabriella Sundar Singh as Jack and Cecily elevate the endeavour along with lush design and stellar production values. It’s a lovely production without trying to reinvent the wheel; one should never try to reinvent the wheel with The Importance of Being Earnest. Just play the play, keep up the pace, make it pretty and all will work out perfectly well. And so it has.

All three of these productions serve very important purposes within the larger Shaw season. They are sturdy tentpoles around which more daring work can be built. A competent lunch hour piece and two solidly executed drawing room plays from the middle of the mandate, none of these were built to be the stars of the season but they are key parts of a perfectly balanced whole. It’s the strong execution of this kind of production that I think speaks to the company’s excellent bench depth. It’s subscriber-smart, balanced programming that utilizes the company’s assets well; charming but never shallow, perhaps not wildly ambitious but never lazy. This is the solid regional theatre work the Shaw was built on; the heavier stuff stands tall on its shoulders.