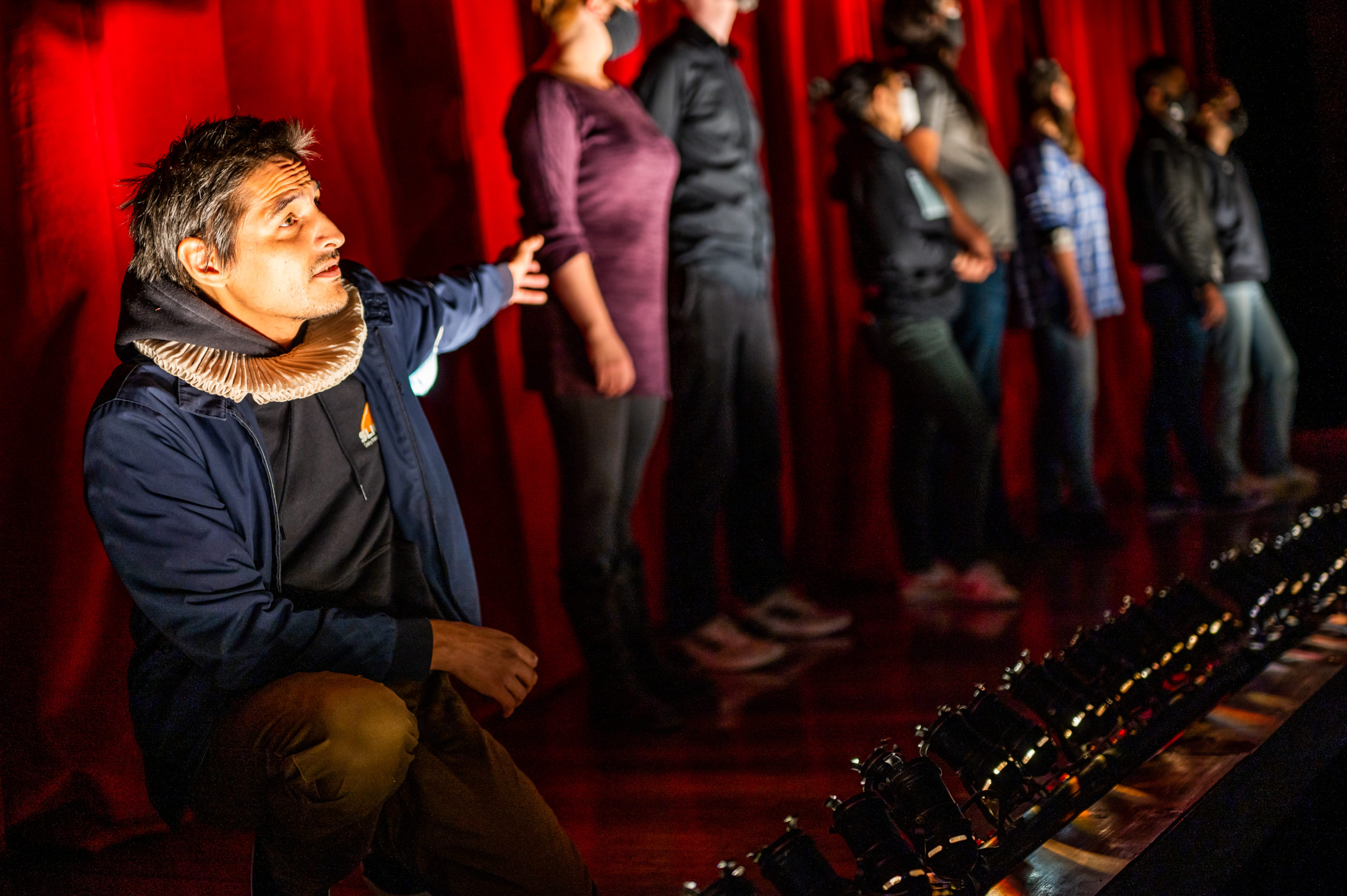 Shakespeare’s As You Like It is my favourite play so, when the press invitation came through for the inaugural production of Crow’s Theatre’s in-person season, I was quick to RSVP. Sitting down at my first indoor Toronto venue since March 2020 to watch something billed as “a radical retelling” with a cast to be announced at the beginning of each performance, I was far from comfortable from the jump. But what I found in playwright Cliff Cardinal’s version was enlightenment through the discomfort, because of the discomfort.

As You Like It is often thought of as one of Shakespeare’s most pleasant plays. It’s a fun ensemble comedy full of forest frolicking, multiple marriages, and plenty of singing. It’s familiar even to those who’ve never seen it, full of go-to tropes and featuring one of the most famous lines in the English language: All the World’s a Stage. But Cardinal’s Arden is not the sun-soaked eden that appears in most interpretations. Rather, like an actual forest, this Arden is dark, dense, and difficult to find your way out of.

I’ve seen many a charming As You Like It wherein pretty people fall in love while goofy fools make jokes about sheep and sing earworm ditties in a major key. Every one of those productions was likeable, it’s in the name after all, but a purely pleasant As You Like It ignores so much of what’s actually in this centuries old story. Violence, betrayal, isolation, discrimination, corruption, mistreatment of women, destruction of families, the brutality of capitalism: Cliff Cardinal reckons with the darkness in our happy familiar story and, in forcing his in-person audience to come with him, he shows us the truth that’s been buried there all along.