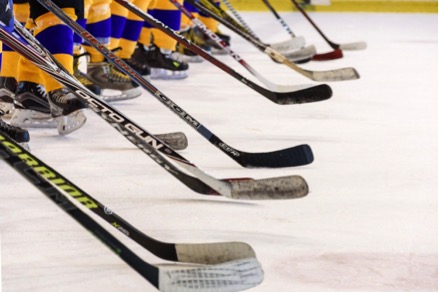 A new National Hockey League (NHL) season brings with it fresh betting opportunities. Before the action kicks off, Canadian bettors are already predicting which team has the edge. This article looks at the Canadian NHL teams and their chances of lifting the Stanley Cup.

If you haven’t registered at an online platform yet, you can check Canadian casinos on this site.

After a strange year full of schedule updates, bettors can look forward to a more streamlined 2021 season. At a recent press conference, Commissioner Gary Bettman said the upcoming campaign should start in January 2021.

Games will continue behind closed doors, with the reintroduction of fans at stadiums coming later in the year. Luckily, you can still enjoy all the action at sportsbooks, and then some.

Seven Canadian teams hope to win the next NHL title. Four of these show more promise than others, but there are no guarantees. We found this out in the 2018 season that we covered, where the Maple Leafs looked like the promising winners. Yet, the Washington Capitals ended up lifting the Stanley Cup.

With statistics that rival the best NHL franchises, the Toronto Maple Leafs yet again show plenty of promise. So can they live up to their fans’ expectations?

They have a stacked roster with some of the league’s best players, like Auston Matthews and William Nylander. Plus, these stars have a contract with the Maple Leafs for another two years. However, they’ll need to focus on their defence as this proved their downfall in previous seasons.

The Vancouver Canucks showed their quality in the previous NHL season, just missing out on the finals. The team will hope to better these results with the fixture schedule returning to normal.

With players like Thatcher Demko, Canucks fans can look forward to some thrilling play. On the other hand, the likely loss of Troy Stecher and Chris Tanev means a heavy hit to the team’s defensive roster.

The Oilers blueline is a strength many bettors underestimate. This became a lot clearer after the introduction of Ethan Bear to its defence. What’s more, the presence of Leon Draisaitl and Connor McDavid give Edmonton an additional edge.

The biggest skepticism for the Oilers is their consistency. While they displayed impressive gameplay last season, bettors wonder whether they can keep it up for a full season. Plus, Edmonton will need to upgrade their goalie if they hope to improve.

Many experts believed the 2020 season was a write off for the Jets. They lost the best of their defensive line after trading Jacob Trouba. What’s more, Dustin Byfuglien refused to play, putting Connor Hellebuyck under enormous pressure.

Yet Winnipeg pushed through, making it into the playoff rounds where they lost to Calgary. The question remains as to whether they can reignite this flame or not.

Calgary boasts an impressive offence that stepped up to the plate in the last playoffs. Their biggest advantage ahead of the upcoming season is that most contracts are available for trade, giving them plenty of flexibility.

The Flames lack a goalie to compete with bigger teams. On top of that, Calgary needs to restructure their defence if they hope to make it into the finals.

Overall, the biggest hurdle for the Flames revolves around signing players to strengthen its roster. If they can find suitable replacements, they have a strong chance of lifting the Stanley Cup. If you can’t wait for the season to start, get yourself a copy of NHL 20 while you wait.