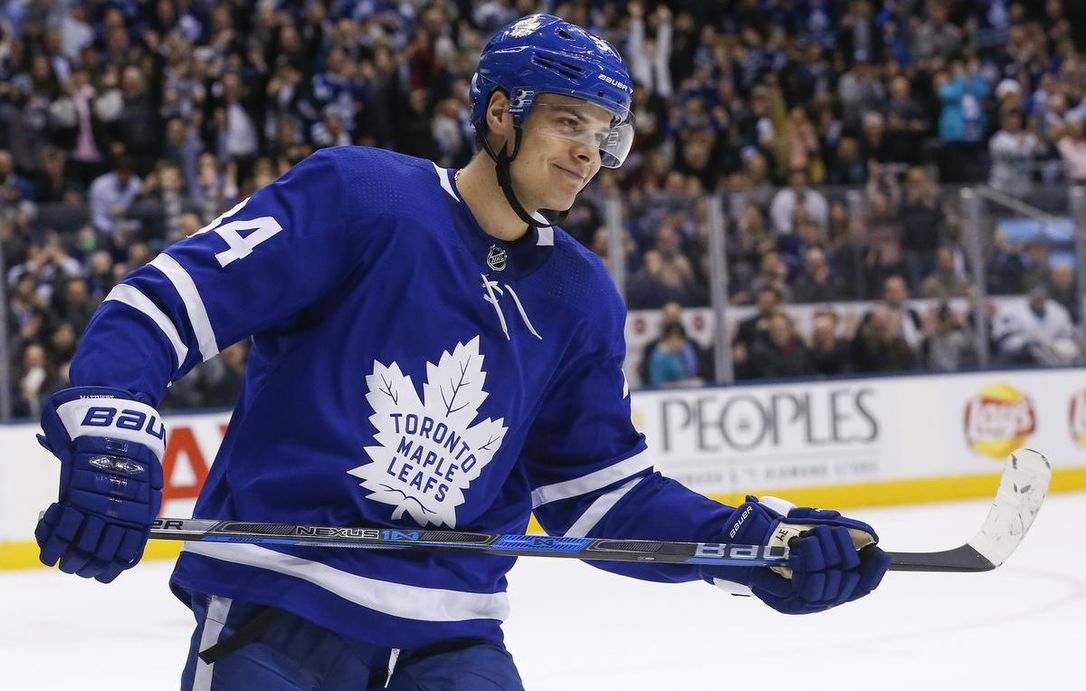 1. We’re currently 6 and 2, I’ve got Marner and Reilly in my pool and if Andrew Markowiak had set up the fantasy league properly I’d be DESTROYING the field. As it stands, the league only started keeping track on Monday. I’m still winning, but not by as much as I should be and this upsets me almost as much as Michael Nylander does.

2. Speaking of Nylanders, here’s what I’m imagining happened in Switzerland: Dubas says to Willy, “Look, you want to be a Leaf, I want you to be a Leaf. Here’s a contract for 8 years at $7 million. Here’s another contract for 4 years at $4.5 million. Your dad and I are going to stand outside for a bit. I’m going to come back in 15 minutes. Sign whichever one you want. If nothing is signed I’m taking them both back with me to Toronto and you won’t hear from me or anyone in MY organization until training camp next year.”

3. Auston Matthews IS A LEAF! So are John Tavares, Mitch Marner, and Morgan Reilly!!!

4. I’ve been thinking about the blueprint for championship teams across The Big 4 (NHL, NFL, MLB, and NBA).

The NBA has been dominated by the Golden State Warriors who have won 3 of 4 championships and have a record of 15 and 7 in Finals games. Over that time they’ve been the number 1 offensive team in the league. In the playoffs last year they scored 9.3 ppg more than the Cavs, so I’d argue offense beats defense in the NBA.

MLB has too many stats and variables. For me, it goes from kind of interesting to very boring in a hurry. I have to ask myself, “do I want to know the terrifying truth, or do I want to watch Mark McGuire ‘sock a few dingers’?” and the honest answer is “Dingers!”

So this brings us to the NHL. Can the Leafs win with a totally baller offense and the defense we currently have? Over an 82 game season a lot can happen and since half the league gets into the playoffs anyway I only looked at the playoffs, only the two teams in the finals, and only compared goals for/per game (GF/PG) and goal against/per game (GA/PG):

In each year, except Pens vs. Sharks, the better offensive team won. The Sharks and Pens were so close that the results are negligible.

So, over the last five seasons the more offensive team has won The Cup. Right now the Leafs are 1st in GFPG at 4.13 and 20th in GAPG at 3.25. I’m not great at math, but it seems to me like we’re playing the way a championship team plays… at least offensively. Last year in the playoffs we were 9th in GFPG and 13th in GAPG; the year before we were 7th and 12th. Our offense is now where it needs to be, although I doubt we’ll maintain a %43 power play. Defensively, it’s clear we’re genuinely still not good enough, yet. I really don’t think we should trade Nylander but we’ve got to do something about a defensive lineup that is simply not good enough to get us to contender status.

For the record, Boston is 7th in GFPG and 12th in GAPG. They clearly suck and have no hope of winning. What a bunch of pigeons… I really hate the Bruins.