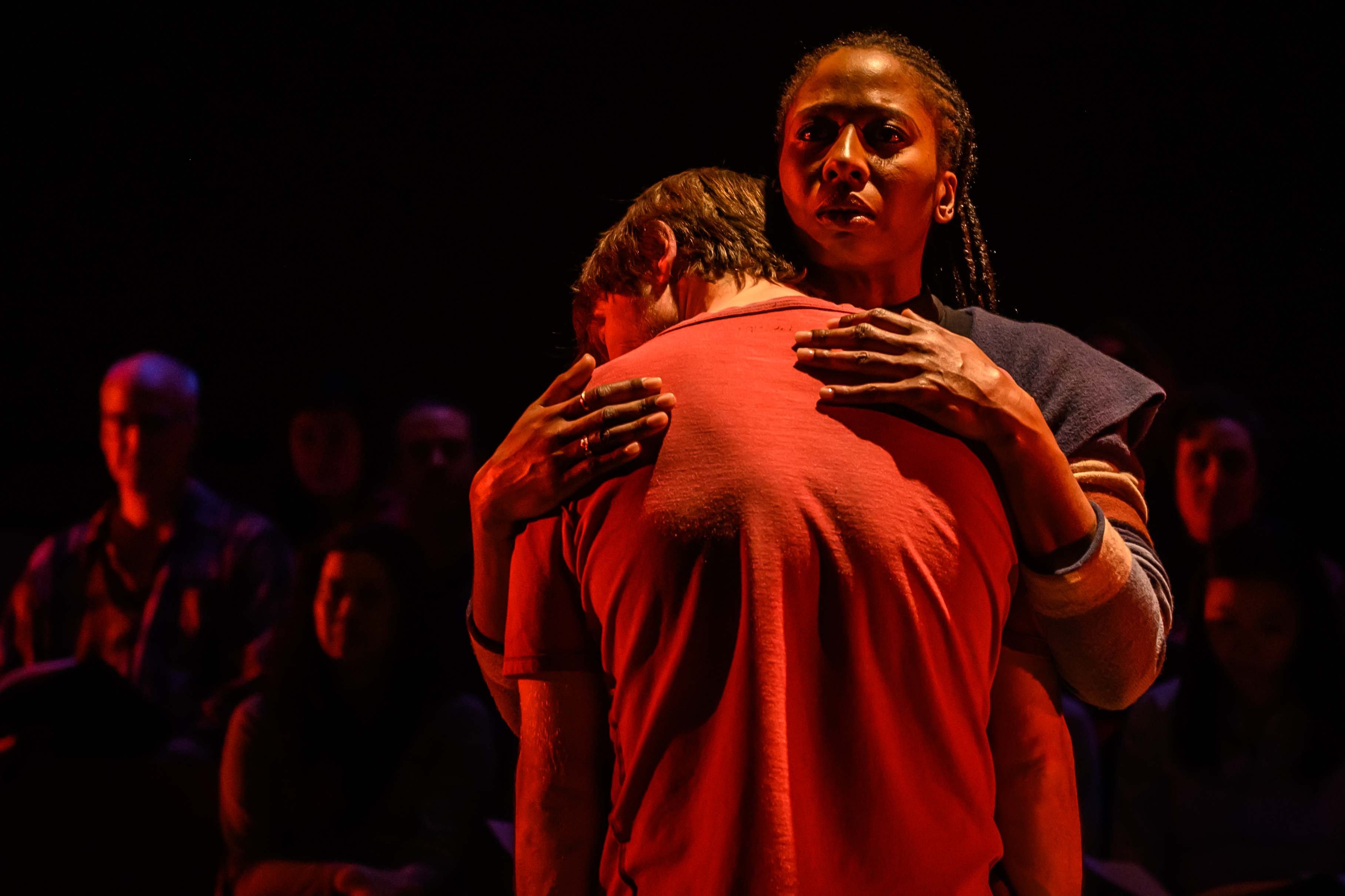 He appears suddenly, striding purposefully towards the corner of the stage and warily watching as the choir of thirty or so rehearse a piece under the direction of Claire (Raven Dauda). His presence is immediately unnerving – we know he’s going to do something terrible, but when, or what, and how will it involve these choir singers who appear to have been invited into the play rather than being a fully rehearsed part of the show? It’s not the only effective moment of The Events, but it is the most powerful, all the dynamics of this fascinating work coming into play in the first few minutes – communality vs isolation, real vs rehearsed, and the attempts to assess what is unknown to you, what poses a threat and what is paranoia – and whether that paranoia can lead to further violence.

David Greig’s play was originally performed at the Edinburgh Fringe Festival in 2013 as a response to the 2011 mass murder in Norway perpetrated by a far-right terrorist. Here the shooting (for indeed, a shooting does take place, though not depicted onstage) happens during a community choir rehearsal. Claire, a priest, conducts a choir made up of immigrants and refugees – a viable target for The Boy (Kevin Walker), an awkward and violently radicalized young white man who, in a tragically familiar scenario, powers his anti-immigrant zealotry into mass murder.

Alan Dilworth’s production (put on by Necessary Angel Theatre Company) is focused and intense, an energy which extends to the two central performers – Dauda is deeply empathetic in depicting Claire’s PTSD as she interrogates people who were close to the shooter, as well as negotiating her own deteriorating relationship with her partner (all roles played by Walker). Walker is similarly alert and sensitive, his initial unnerving performance as the unnamed Boy dominating his approach to all subsequent characters – indeed there seems to have been a deliberate choice to not demarcate clearly between each of his characterizations, making it almost seem like Claire is in constant conversation with the shooter, even when she may really speaking to her concerned partner or the murderer’s father. This means that unless you’re paying close attention to the script there is some initial confusion as to who Claire is talking to in certain scenes. But the overall impression of her being caught in an endless hunt for closure by trying to access this sociopathic, unreachable man feels like an honest approach to Greig’s text. The production makes the journey feel like a slow-motion breakdown, as the two circle each other, both actors delivering their dialogue efficiently and in an almost declamatory tone. As a result I found myself longing for more moments of tonal nuance, instead of the slightly rigid sense of absolute trauma which, perhaps appropriately, dominates.

Still, the sparsely designed show succeeds in creating a ghostly, mournful atmosphere, achieved most markedly by the presence of the onstage choir. The program notes that a different group will take the stage for each performance (City Choir were onstage for my performance) – they sing and sometimes speak with the aid of scripts and an onstage pianist (musical director Jacqueline Teh). Their genuine, unactorly presence both further highlights the slightly less naturalistic turns given by Dauda and Walker, as well as the more melodramatic turns the script takes towards the end – but it also serves to strengthen the sense of loss and alienation that drives the two central performances. While I’m not sure the production fully succeeds in illuminating the perpetual horror and trauma of these increasingly regular tragedies, it does do an excellent job in depicting the loneliness and fear that frames so much of the pain associated with them.