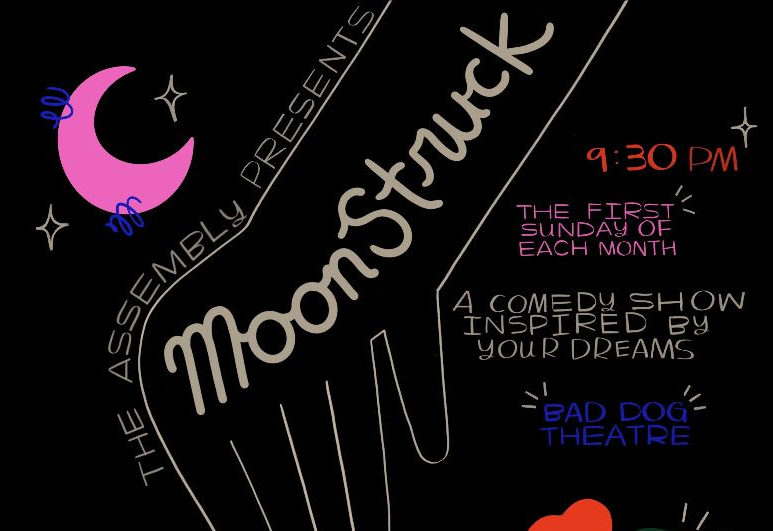 Every improv performer or fan has seen a troupe do the best they can with a weak or unpromising prompt. Moonstruck sidesteps that problem by drawing on the weird and wonderful world of dreams, quickly constructing a mini-universe and series of scenarios based on a wacky dream, nightmare, or something in between of an audience member.

It’s a smart premise that rewards a fertile imagination. Early scenes were brilliantly sublime once the contours of this dreamland were made clear. Once the performance took on a life of its own, departing from the prompt, it lost a certain discipline with sketches that could have been from a prepared revue. The ingenuity of individual performers rescued some of these but others had to fall back on easy political humour.

Going back to the audience for another dream could have made them feel more involved while reenergizing the show with some new material. This cast proved they can do great work – the audience can help them help themselves.