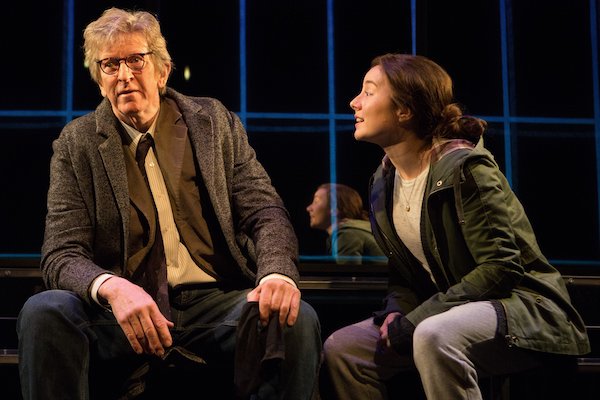 Tarragon: This Was the World

Ellie Moon’s This Was the World, now playing at The Tarragon Theatre, Extra Space, endeavours to take on the notions of white privilege and white fragility, and does so unapologetically. It is a study of Professor John Taylor (R. H. Thompson). John is not your overtly racist uncle (or aunt/brother/cousin) that makes family dinners awkward. He is like someone you might know though, an aging white baby boomer realizing that his power and influence is dwindling and who is struggling to navigate a world that is evolving and changing before his eyes.

The success of Moon’s storytelling is in how she portrays the multiple and varying perspectives that are entwined in This Was the World. John is not portrayed as a monster. John’s crime is that of multiple microaggressions, those indirect, subtle, or unintentional comments that discriminate against members of marginalized groups, in this case specifically against a young indigenous colleague whom he has deemed less than fit for the job she holds. My response to Thompson’s portrayal of the character was more pity than outrage. He continuously puts his foot in his mouth, but feels his intentions are honourable and does not realize that his issues are petty and small compared to a long history of continuous colonial violence endured by indigenous people here in Canada.

Despite John’s shortcomings, Niimi (Dakota Ray Hebert) a young indigenous law student from Moosenee, Ontario, wants to learn from him so that she can take on the justice system in Canada and “uproot it all from within”. Their relationship is strained from the outset though. John is looking for an ally in his fight and feels like if he enlists the help of an indigenous student the higher-ups, particularly associate dean, Terry (Kim Nelson), will be more likely to act on his complaints. Terry herself is somewhat problematic in that she proceeds with certain actions against John that she believes are in the best interest of Niimi even while Niimi asks her not to proceed. In the process both superiors are using Niimi as a pawn in their conflict and further taking away her voice and power in the situation. The strength of her character persists though and Niimi continues to question the status quo. This leads to heightening tensions – Terry questioning her intentions, the unraveling of John, and the breakdown of his daughter, Ava (Rachel VanDuzer) as the story speeds towards its unsettling climax.

There is plenty of opportunity for feelings – feelings of pity, guilt, anger, sadness, and discomfort abound. The overarching message though is that these are feelings that we must confront and, in the words of Niimi, even tolerate so that we can learn from and eventually change them. Michelle Tracey’s projections illuminate these feelings further. Words like “appropriate”, “reverence”, “security of person”, and “mortality” punctuate the beginning of each scene. Tracey’s set design is minimal, but purposeful. In the final scene the audience is left staring at themselves in a mirrored wall as the lights dim. Some may have seen a bit of John in their own reflection. Some may have seen more of Niimi’s character. Whoever you may have seen in the mirror, This Was the World is a call to action for us to turn our gaze inward and evaluate our own actions, listen to our own words, and identify our own biases so that justice and reconciliation can truly move forward in this country.