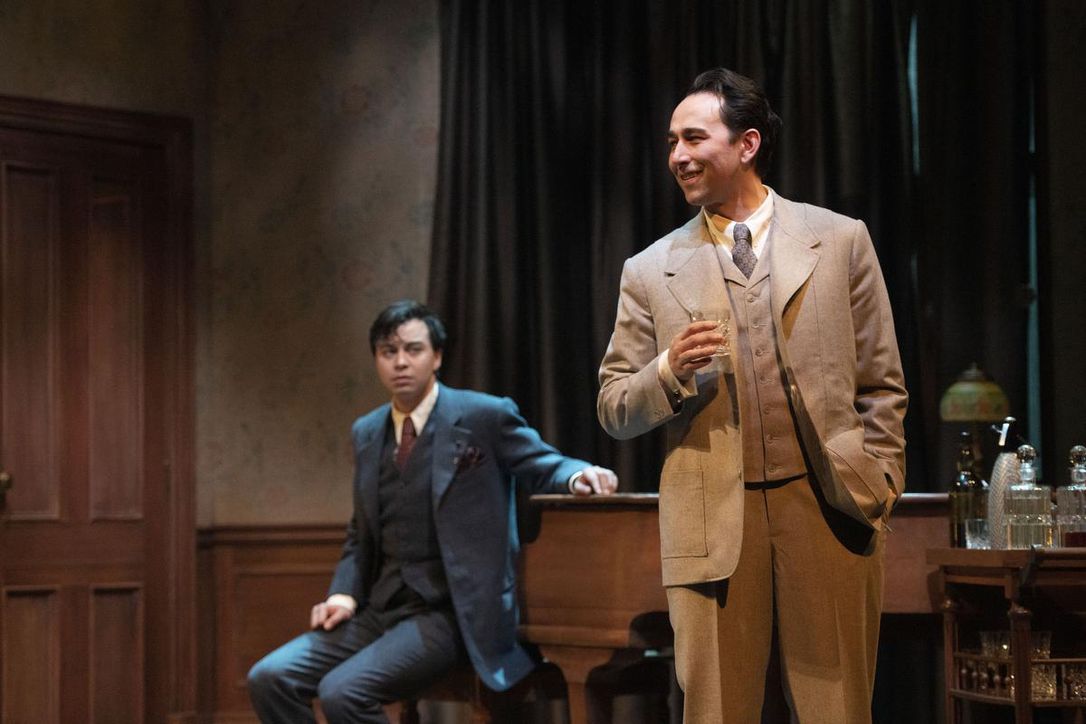 If staging the perfect murder is hard enough, staging a good murder mystery has its own challenges. With all the mischievousness of its main characters, Patrick Hamilton’s Rope dodges those responsibilities by flipping the script: the murder is made in front of us and the motive is the mystery. It’s been a while since thrillers like this were a staple of the Shaw lineup but Rope has no reservations about swanning into the Royal George Theatre with a tailcoat and a born-to-rule confidence.

Oxford undergraduates and closeted lovers Brandon and Granillo open proceedings by killing a fellow student and stuffing the corpse in a chest in their Mayfair flat before hosting a dinner party for some fellow aristocrats – including the endlessly pontificating Rupert and the victim’s parents, Mrs Debenham and the ludicrously Britishly named Sir Johnstone Kentley. As they arouse suspicion for the fun of it by serving tea on the ornate chest-cum-coffin, we are left to wonder if they will be rumbled before finally embarking on an oft-repeated promise to leave for Oxford.

It’s a fun little script that hums along at a fine pace for the most part. As with most drawing room dramas it relies on its actors and characters being not just effective but tolerable. It’s easy to earn laughs with humdrum dialogue if it’s in a hammy and plummy British accent. Rupert’s aggrandizing philosophizing is compelling when you can opt in but quickly grows tiresome when you are trapped with real life Ruperts – as certain Oxonian reviewers and their long-suffering friends will tell you. More generally, the play’s conceit is that it’s one long tease – which works to a point, until you want them to just get on with it. Luckily, the play gets there just in time before boredom can puncture the bluster that keeps the show moving.

Kelly Wong and Travis Seetoo play off each other well as Brandon and Granillo, sustaining the pair’s unspoken but obvious attraction with a carefully affected aloofness. Rope relies on its Rupert to carry the day (especially in its second half, where the action lags and Rupert dominates the conversation) and Michael Therriault steps up to the crease.

As with any proper British performance, style is of the utmost importance. The set feels intimate and voyeuristic but still expansive enough to convey the opulence and splendour of the surroundings. The gentlemen are dressed to the nines – none would look out of place holding forth at the Oxford Union – and the costume design succeeds holistically in making you feel awfully underdressed.

The text itself is a little faulty at times but there’s more than enough subtext to make up for it. If you like British accents – or just a British sense of humour – and a good suit, Rope is a good occasion to while away an evening.