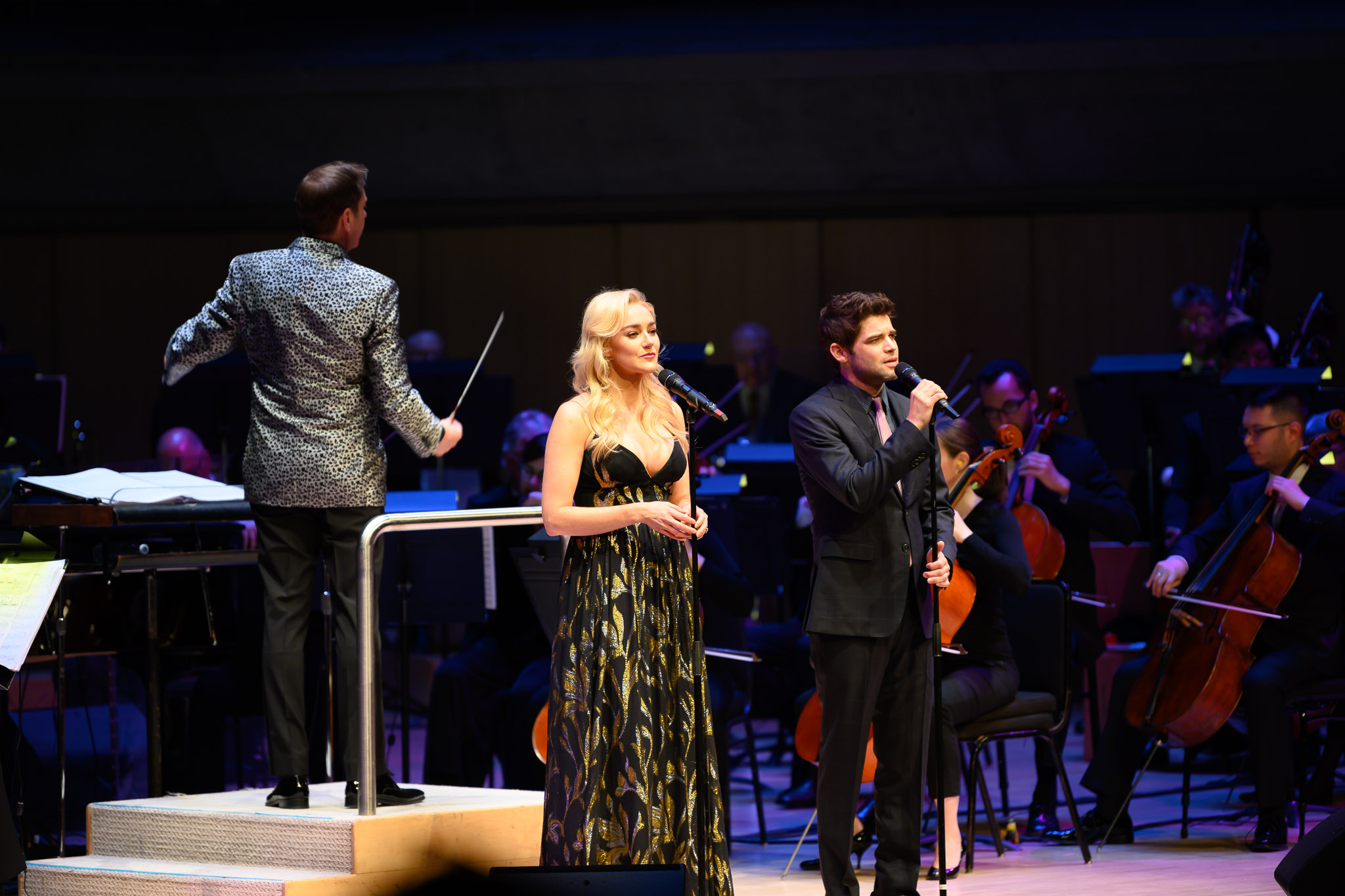 When conductor Steven Reineke led the Toronto Symphony Orchestra through the Phantom of the Opera overture to kick off Monday night’s performance of “Modern Broadway”- the first of four performances through Wednesday that mark the end of the TSO’s Pops season- part of me worried that the evening’s selections would, like the film scores concert I reviewed in April, skew towards a very liberal interpretation of the word “modern”, meaning not modern at all.

Another part of me wasn’t all that worried because it’s impossible to worry when listening to a world class symphony take you through an all-time great score like Andrew Lloyd Webber’s Phantom of the Opera.

Reineke was in a bit of a jam from the outset with the concept of “Modern Broadway” with most contemporary musical theatre works eschewing classical orchestrations in favour of small bands and modern sounds. Lush scores that really give the TSO’s violin section something to bite into are a thing sadly mostly of the past. So there was really no escaping the past when it came to programming, despite the concert’s name. Hence opening with a 1986 classic.

The clever compromise struck between then and now allows for a balanced program that can fully showcase the orchestra without misrepresenting the current musical theatre landscape. The orchestra took centre stage for instrumental medleys counting down the top five longest running musicals in Broadway history (Phantom, Chicago, The Lion King, Cats, and Les Mis). The concept allowed for the inclusion of the giants of the genre because the chosen giants were pieces that are still very much going concerns on Broadway, all either currently playing or very recently closed. Under Reineke’s cheesily but infectiously enthusiastic baton, the TSO buzzed with energy through the sort of musical theatre pieces that bury themselves in your heart and make you want to rise out of your seat- the deeply danceable “Jellicle Ball” and “All that Jazz”, or immutable classic “Do You Hear the People Sing”.

Between the longest-running countdown, featured soloists Betsy Wolfe and Jeremy Jordan spotlighted big numbers from a selection of musicals that mostly could be called “modern”, re-orchestrated for symphony accompaniment if necessary. Amidst a few songs that definitively capture the last few years of Broadway history (Dear Evan Hansen‘s “Waving through a Window”, Waitress‘ “She Used to be Mine”),  some pieces were clearly chosen just to show off the voices or because they’re favourites of Reineke (Stephen Schwartz‘s much-sung “Meadowlark” is neither modern nor technically Broadway but Wolfe sounded excellent on it so why not). Wolfe’s warm lower register is beautiful in the verses of “Maybe this Time”, the Cabaret anthem that most strained the modern guideline, and the sturdiness of her belt was admirable though the tonal quality of her upper register is too sharp-edged for my taste. She fared better in the classically tinged soprano style of the Bridges of Madison County duet that led into intermission over the more grounded character-focused “Summer in Ohio” by the same composer Jason Robert Brown. Oddly my favourite Wolfe vocal came in subtle Once ballad “Falling Slowly”, the least ‘Broadway’ song of the night.

Though no sane person would ever cast endlessly affable new dad Jeremy Jordan as awkward teen Evan Hansen, he kicked off the vocal performances with an excellent rendition of the famously difficult “Waving through a Window” made all the more difficult by comparison to Robert Markus’ near perfect iteration playing just across the street at the Royal Alex. (In fact, no fewer than seven of the shows featured in Modern Broadway are either currently or about to be running in Toronto and the surrounding area- Mirvish has DEH and Book of Mormon right now, Lion King and Waitress coming this summer, then Cats and Phantom in the winter; Stratford just opened Little Shop of Horrors). Jordan is a little underused in the first half of the concert- miscast as Evan Hansen then featured only in duets- though he gets his chance to shine after intermission with an all-time tenor anthem (Miss Saigon‘s “Why God, Why?”) followed by his signature number, the Newsies power ballad that put him on the Broadway map- “Santa Fe”.

It sounds like hyperbole but I promise it’s not when I say that Jeremy Jordan is my favourite singer in the world. There’s something magical about his textured tenor, the sincerity in his tone, the absurd power of his top notes which he seems to reach without reaching at all. Even in a concert setting, Jordan roots every song in character and emotion and carries you into the moment with him (a performance element that Wolfe awkwardly refused to engage with in their duets, consistently singing to the audience when Jordan was singing to her). I’ve seen him many times now and he never disappoints, his casual open-book onstage persona and impactful vocals never failing to surpass the bar set by memory and reputation and top-notch YouTube material. Jordan was great in the Last Five Years movie, and the OBC recording of Newsies is excellent, but there’s something about him live onstage that doesn’t translate when recorded. You have to see him. You can sit way high up in the balcony, he’ll still get to you. There’s an a capella passage just before intermission that feels like finding the answers.

At the end of the day, Jeremy Jordan’s the reason to see Modern Broadway at the TSO. Reineke’s put together a great program that plays the hits without ignoring what’s actually new (though I will say I was surprised that Hamilton‘s “You’ll Be Back” didn’t make the cut; the omission of the biggest musical in the world is a bit glaring). The TSO sounds fantastic as always and they looked cute as a button coming out after intermission decked out in their Raptors gear to cheer on the hometeam in Game 5. Modern Broadway would be a worthwhile night at the symphony even with just any male soloist. But they don’t have just any male soloist. They have Jeremy Jordan. He’s the kind of singer who can make your heart feel lighter; see him live while you have the chance.