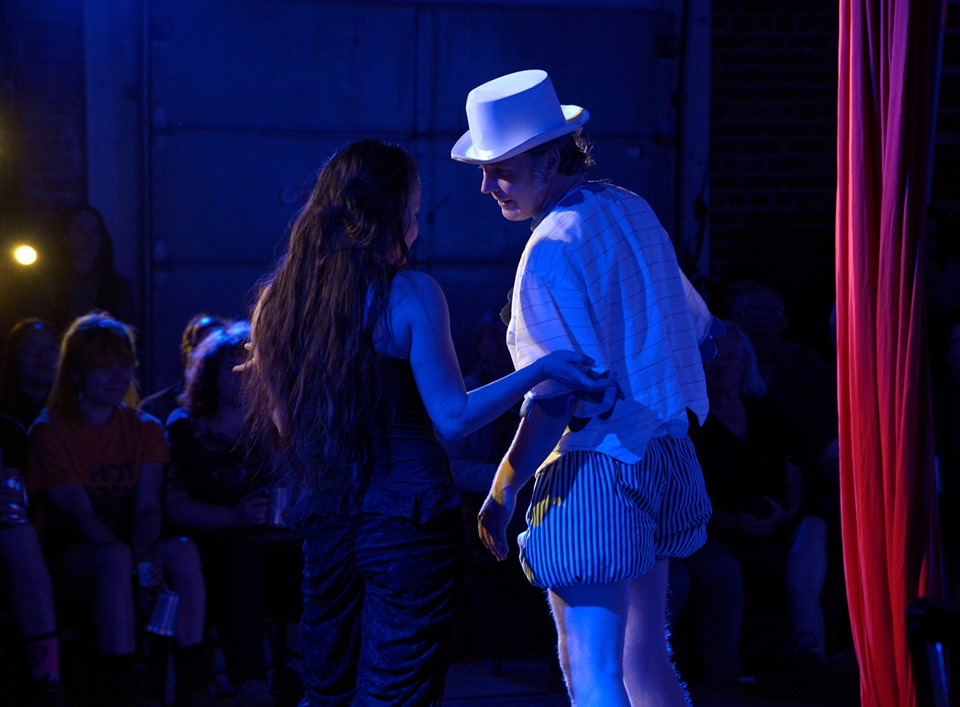 If you want drunken debauchery, raucous theatrics, or just a good old street fight, Sterling Road isn’t your first destination. That changed this week as Angela’s Murdoch’s 1855 Toronto Circus Riot dramatizes the bizarre brawl in 1855 that marked a unique episode in the young city’s history and led to major changes in its law enforcement. It’s a story as fantastical as it is important but which has somehow been largely forgotten, making it the perfect material for creative writers and directors.

The night opens with a circus-within-a-circus, an imitation of the show that the violent clowns (there’s nightmare fuel for you) of Howes’ Menagerie and Circus took on tour all those years ago. This presents a challenge to the cast who have to be convincing as circus performers while still getting the normal (…ish) stuff right, but the result is a segment that could easily be the foundation for a full-length circus act – the laughter from the audience on opening night certainly felt real enough.

With the stage set, it’s time to tear it down and traipse across Sterling Road. The production is a community effort with local breweries, designers, and studios doing their part to make it possible, and the show itself moves between venues. Though this is sold as part of an immersive experience it risks becoming a distraction as the transition takes a long time and any unfortunate downpours are likely to dampen spirits; the show uses the range of locations to good effect but probably not a necessary one. The outdoor reenactment of the riot is loud and enthusiastic but, as with any interactive show, relies a lot on the audience to play its part.

This show is less about informing than entertaining – you won’t learn much about the titular events or their impact, but you should have a good time enjoying a night that’s a riot in every sense of the word.