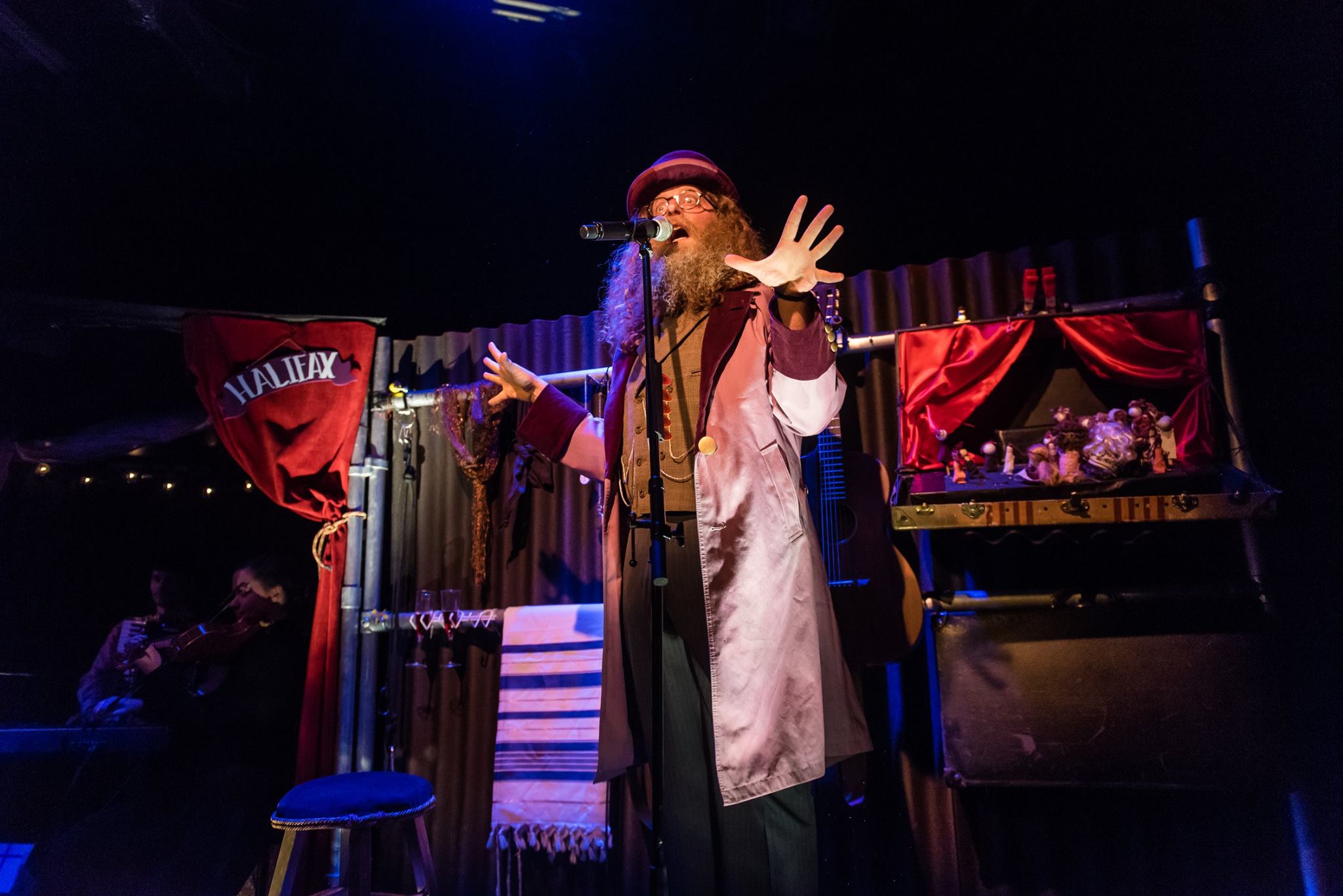 What caught my attention for Tarragon Theatre’s performance of OLD STOCK: A Refugee Love Story was Ben Caplan. I read that he did the music for the show, and immediately knew I would give it a try. Caplan, a Halifax native, has been on my musical radar for years, ever since I heard “Stranger”, from his 2011 album. He sings with a rich and darkly passionate gravel that wiggles its way to your core. Live, I heard him sing our favourite villain’s song “Be Prepared”, and I was hooked. Caplan sparked my interest in Old Stock, and I was rewarded for my interest. In the midst of a Canadian and European tour, Old Stock stands as the freshest and most interesting piece of theatre I have seen in a long time. Set, production, music, and storyline join together to form an intimate evening of theatre that had me giggling with my seatmates and sniffling into my sleeve.

The set of the show was gloriously du jour: a standard shipping container placed in the middle of the stage folded out like a pop-up book to house the musicians for the evening. Filled with old country frills, it was both stuffy and wonderfully streamlined. A touring show needs to be choosy about what to bring, and Old Stock has selected perfectly. Each veil, scarf, and teacup precisely placed to articulate the most with the least amount of clutter. While sometimes the lighting cast odd shadows or an incomplete spotlight, there were moments where the starkness worked, enhancing the meaning of a moment.

Each of the five artists onstage were absolutely stunning. The actors playing protagonists Chaya and Chaim Moscovitch (Mary Fay Coady, Dani Oore) embodied the roles to perfection. They breezed through light moments, their joy glowing on the stage, and they carried the weight of the extremely heavy parts of the narrative. Any discussion of war, tension, and refugees is not easy. We can all see ourselves in this story. Canada is a country with a huge refugee influence, historic and modern. Making a new path in a new world is difficult, and I know every one of us in that audience felt that power and pain.

The musical score for the evening is undisputedly amazing. Original songs by Ben Caplan and Christian Barry were humorous, poignant, and paced the story along. All the musicians are so talented, understand the music and each other, and hopefully know what a gift they give in this play. In a narrative, Caplan never drifted away from the energetic and exciting character he plays. The tone of the evening varies, but I never felt an ounce of boredom. I knew the evening was to be a success from the moment the lights shone on the stage. Caplan’s ‘Wanderer’ character led us from Romania, to Halifax and Montreal, and this nouveaux-musical is inspired. Commendations to all artists in every aspect of development and production of this play, and I thank Tarragon for seeing its power and bringing it to Toronto. I look forward to future projects from all involved.