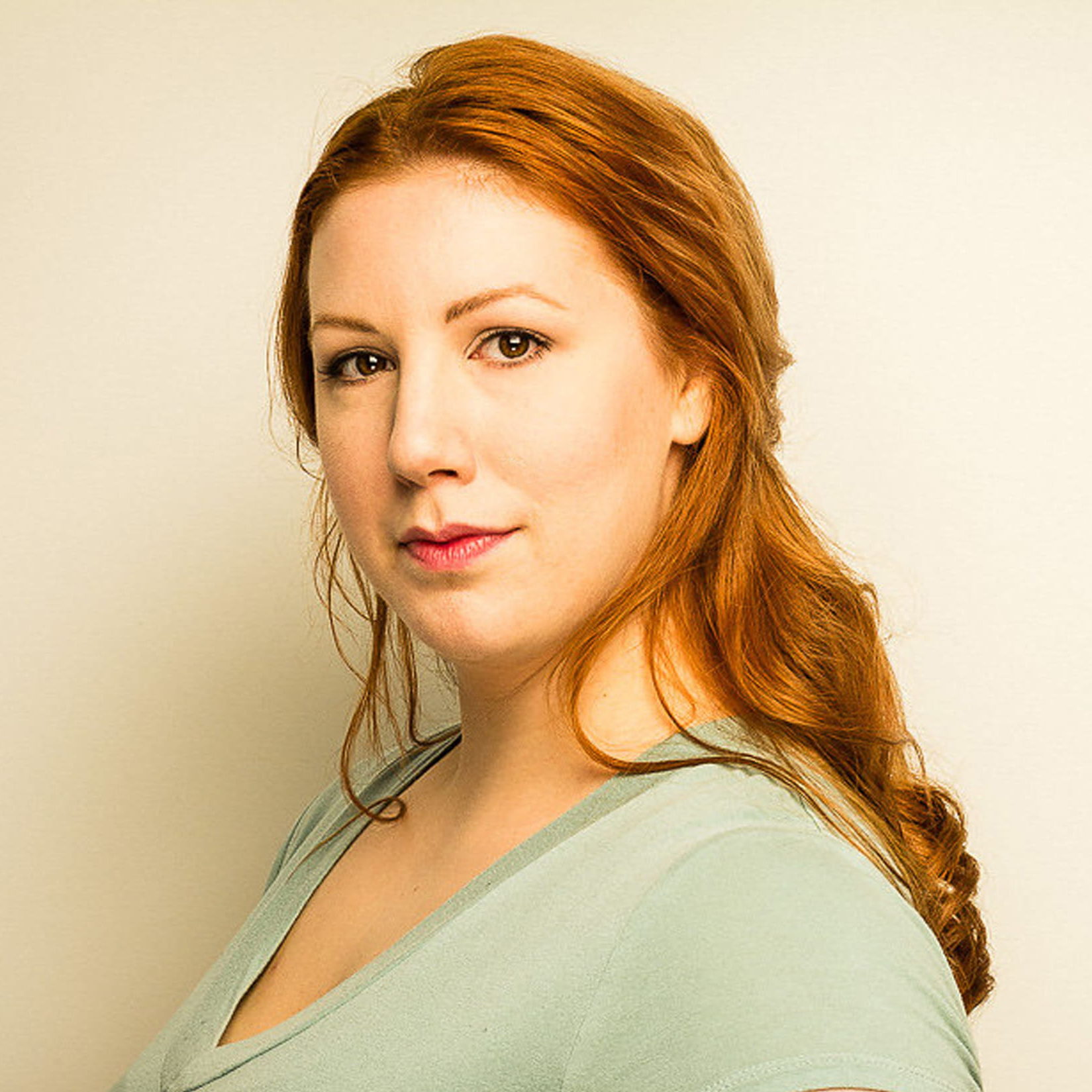 Hailing from Southern California, Shalyn McFaul graduated from Trinity Western University with a BA in Theatre in 2009. After stops in NYC and Vancouver, she has been taking Toronto by storm. Her experience as a performer has mostly remained within musical theatre and Shakespeare. Most recently appearing in The Producers at the Lower Ossington Theatre, we are grateful to have Shalyn speak a little with us about her Outstanding Supporting Performance in a Musical-nominated performance as Franz Liebkind.

What have you been up to since we last checked in for the 2017 Nominee Interview Series?
I had Richard III with Shakespeare BASH’d, which ran up until playing Tamora in Titus Andronicus. Then I was doing The Producers and performing in that until a couple of days before opening Hamlet(s) with Skipping Stones Theatre. ¾ Shakespeare, ¼ Musical kind of year.

When did you first start singing?
I started in choirs at about 6 years old. One of the first things we were doing was Benjamin Britten’s “Noye’s Fludde” (nice light fare for little kids) and continued for years with lots of big Classical beasts up to Brahms’ “Ein Deutsches Requiem” as one of the last things I did in the choral realm. So I spent a great deal of time in that form. But in a very different style I sang Jazz & Swing with Big Bands through all of my teen years.

How did you get involved with The Producers?
I got to work with the same Director, Cory Doran, on Boeing Boeing. He was wonderful to work with as he was so supportive in my first really comedic role. In that production I was playing Gretchen, the German Lufthansa flight attendant, so Cory had seen me take on a farcical German character before. He put it out to me that he’d like to consider me for a male role if I was open to it, and I had a pretty good guess the one he was interested in doing that with was Franz. I’m so happy that he did as this show has an overwhelmingly male character list (1F/5M for principles). We’ve made some strides in opening up gendered casting in Theatre, but Musical Theatre has been considerably further behind in that. I got to become the first female cast in this role. There is certainly the practical issue of vocal ranges in Musicals that other shows don’t generally contend with, though our Music Director Mike Ross was fantastic about finding solutions to this. I do also have perhaps a larger than average vocal range, so I’m primarily sitting in Mezzo-Soprano but fully going down through all of Tenor. So while Franz is written as a Baritone, they did kick the key up for me to sing it in what would still be firmly in Tenor zone. I hope this encourages more teams to look at roles in Musicals that don’t necessarily have to be presented as the gender they were written and discover new possibilities of what that character could be.

What was the process of getting into Nazi-sympathizer/enthusiast character like? You seemed to find such joy in the character.
Well, I didn’t take that lightly… This may be a Farce, but I’m of a part-Jewish heritage and the reality behind those images/ideology is not something I could ever completely separate out from this for myself, and due to events, certain dates during the run were harder than others. I always felt considerable relief when I was able to take the swastika arm band off for the rest of the night.

Because of the absurd world in which this character is living, my way into Franz was to focus on the elements that often drag someone into extreme ideologies: a desire for belonging. Basically, I gave Franz a backstory of believing that Hitler was secretly her missing father and that the way to be reconnected was to write this show ‘Springtime for Hitler’ for him to hear about while he’s still alive and off hiding in Argentina. Make ‘Papa H’ proud of her. We decided to make this someone who bought so wholeheartedly into the cartoonized propaganda that she wouldn’t recognize the real version of someone from one of these persecuted groups even if they were standing right in front of her, because it is people from those groups that Franz collaborates with on ‘Springtime’. So the desire to be part of a family had to be the most important thing that would allow for the Nazi starting point, and the embracing of the other characters by the end.

Your physicality in character was so effective on stage. Did you have any performances that you based your movements on?
Nothing jumps to mind, I just really had to dive-in on each of the emotional swings the character goes through every five words. There was definitely encouragement from the director for me to physically dominate the space and use other people almost as props.

Where did you learn the yodeling?
I think that was just a cultural wash of influences, but no specifically sought-out source. I’m not going to be competing with any world class yodelers anytime soon. I did however watch many mesmerizing Schuplattler dance videos.

We’ve seen you perform classical, contemporary, and musical work. Is there a genre that you gravitate to most or feel most comfortable in?
While I grew up constantly reading Shakespeare early on, my first steps in Theatre were very much in Musicals and that was what I was initially interested in, particularly because my mother was a professional dancer. But then I ushered for over a month straight at Medea when Fiona Shaw did that on Broadway and I became obsessed. I love having the privilege of jumping through each of the different forms and I hope I never stop, but I would love to do more Classical and would be thrilled if I could finally sink my teeth into some of the Greek cannon.

What musicals get the most play on your iTunes/Spotify/Other Music Playing Setup?
I am easily a Hamilton convert, however Ragtime is still one of my all time favorites. I’m also a big fan of Kander & Ebb and some old Golden Age classics. Gershwin was my first intro into loving Musical Theatre and will always stay strong, and growing up knowing I am related to Richard Adler perhaps cemented some of those classics in my focus.

What are you working on now/next?
I am currently away in BC on my first tour with DuffleBag Theatre. We are doing TYA in schools throughout BC for a couple months, in rep with adaptations of Sleeping Beauty, Little Red Riding Hood and Romeo & Juliet. There are strong elements of Clown and Improv in the style they do, so I’m excited to see how I grow in those directions over the course of the tour.

Do you have anything you’d like to add?
I am absurdly honored to have my name listed anywhere near such incredible performers in this category and all I can say is thank you to MyEntertainmentWorld, and to my fellow nominees for the pleasure of seeing so many of those wonderful performances.