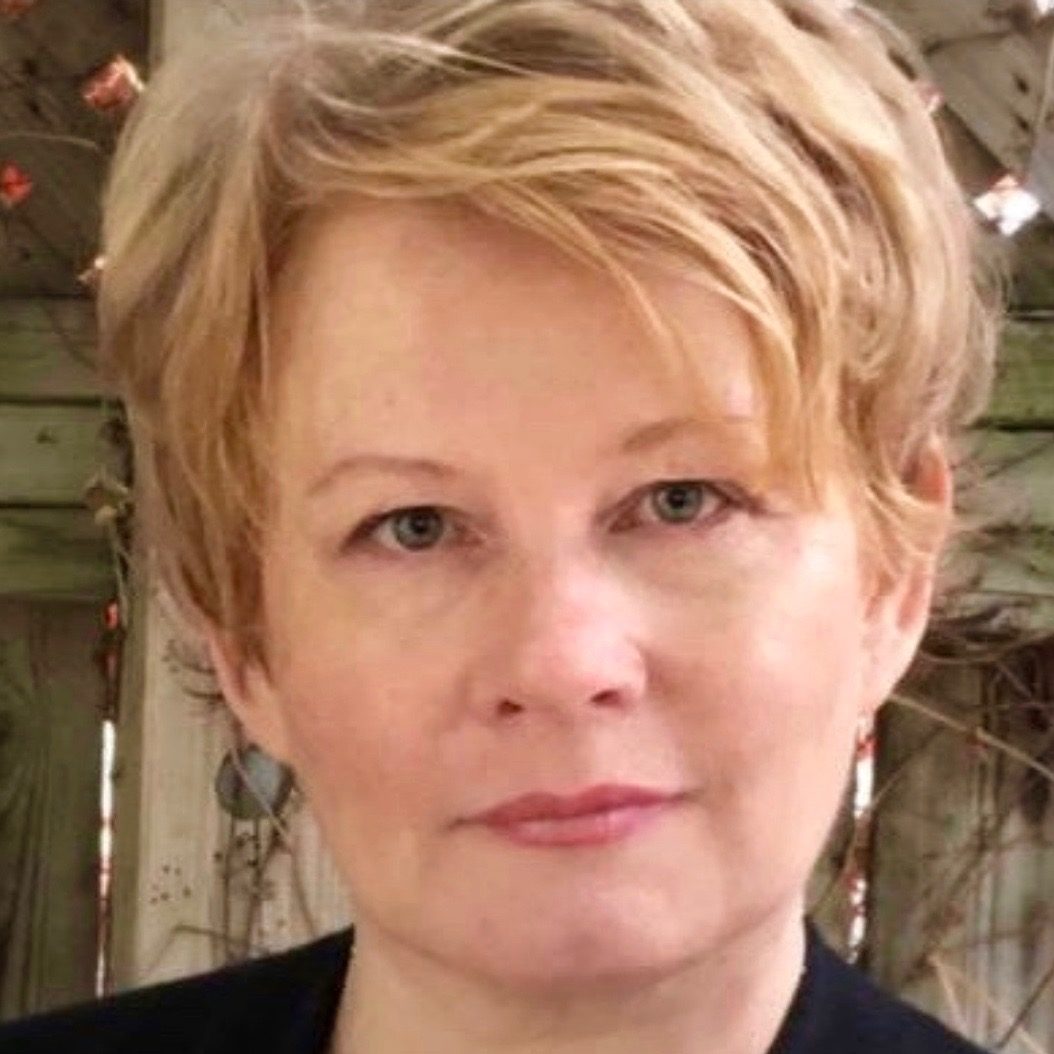 Elizabeth Saunders-Brown is a theatre director, teacher, writer and actor, known for her work on Slings and Arrows, Orphan Black, and Alias Grace, among others. She has been nominated for Outstanding Supporting Performance in a Play for her nuanced, hilarious take on Puck in the Chekhov Collective’s Midsummer Nights Dream.

Can you remember your first experience with theatre?
My first experience as a theatre audience member that sits vividly in my memory is a production of Sharon Pollack’s Blood Relations at Theatre Calgary. My first performing experience was in high school where I encountered a brilliantly supportive drama teacher named Bob Choquette. The show was a production of Fiddler on the Roof. I was in the Chorus. I had a small speaking part and a dance solo that Mr. Choquette added to the show for something more for me to do. I basically lived in the drama centre at my high school. By the end of high school I had the lead in the musical Irene, which was pretty well the end of my musical theatre career.

When did you know you wanted to be an actor?
I knew in high school that I wanted to become an actor. I had been involved in dance up until that point, and that was a great love of mine but had begun to doubt that dancing professionally was on the cards for me as I didn’t have a ‘dancer’s body’ so I became involved in drama. I knew I wanted to perform in some capacity as young as age 3 despite being incredibly introverted around other human beings. Other creatures, imaginary and otherwise, were safe ground however and much performing occurred for and with them, but high school was where it was solidified in the human world.

What’s your favourite role you’ve ever performed?
I have never been one for picking favourites but in this case 4:48 Psychosis directed by Rick Roberts is a highlight. But a couple of other high points have been Bessie in Councillor at Law at the Shaw Festival directed by Neil Munro and Rose in Dancing at Lughnasa at the Grand directed by Janet Wright. Recently I shot a great character role in Rhombus Media’s Clifton Hill: Beverly Mole, one of the most fun and horrible humans I’ve ever played.

Do you have a dream role you’d still like to play one day?
Of the many that come to mind: Martha in Whose Afraid of Virginia Wolfe; Violet In August Osage County; Madame Arcati in Blithe Spirit; Madame Ranevskaya in Cherry Orchard; King Lear; and I’ve always wanted to play Sister George in the Killing of Sister George. Honestly, I would just love to play hard and be challenged among a company of strong artists. I’d love to do a comedy with my husband, Cliff Saunders, and I’d love a role in a Sally Wainright TV series.

Puck can be played different ways, often as an all-around trickster, but your Puck was very obviously crushing hard on Oberon in this production. It created a lot of interesting subtext in addition to being incredibly funny, but I’m wondering if you began with that take in mind, or if that developed during the rehearsal process.
While my Puck was aroused by Oberon, my take was Puck was aroused by a lot of things; sexually, visually, psychically, and truly, by their own imagination. Puck was drawn in and turned on by anything that thrilled them as much as they were pissed off by things that weren’t right. The idea that Puck was crushing on Oberon was one that was suggested early in the process but I wanted to ensure it didn’t appear as though the female underling was crushing on her male boss. I wanted Puck to be gender and energy fluid and their excitements varied and unexpected. While Puck was Oberon’s henchman they were also his good mate AND really susceptible to Oberon’s sexual energy.

Could you speak a little to how you approached the physicality of this role?
I approached Puck less as a man and more as my being free with gender and energy – at least as free as I could be given the body that I have that traditionally reads as mature female – even though I don’t always feel like one. We are all filled with various identities and slide, to varying extents, along a myriad of spectrums. I saw Puck, being a shapeshifter, as an ideal opportunity to explore this. I did lean into exploring a ‘masculine’ energy to counter my own energy, and finding the appropriate energy for each of Puck’s experience and relationships. I played with a number of physicalities throughout rehearsal until a sequence of energies added up to something I felt was authentic to the Puck in me. Being older and heavier I sought in my Puck the hobgoblin; the Púca. I leaned into the weightier, darker aspects of the being’s body as well as the light and playful. It helped to imagine Puck as the mate you have a damn good time at the pub with; who follows your pranks and then takes the jokes one step to far; but who also holds a dark fear that they can’t speak.

Was there anything about this take on Puck you felt worked particularly well?
I felt I found my Púca. I liked the interplay of darkness and humour as well as Puck’s gender and energy shifts and their awareness of the threat that darkness of night holds over humans, and the threat that daylight holds to Puck.

Anything that didn’t work as well as you’d hoped?
I always want more time to play and go deeper, dig into corners and allow shifts to occur to take me closer to the role and I fitting together. I would call it the desire to keep my creative muscles working more than I would call it something that didn’t work as well as I’d hoped. There are aspects of Puck that I discovered in the run that I would have loved to explore further but they didn’t fit with the vision of this particular production.

What are you working on now/next?
I’m currently having a brilliant time shooting the recurring role of Nurse Frances Thorp on Global’s Mary Kills People. Also I’m doing some voice over, as well as teaching acting, which brings me great joy. What’s next? Who knows.

Do you have anything you’d like to add?
I am so grateful for the acknowledgement and nomination, as well as the opportunity to reflect on some things that taught me something about myself. I wish all the other terrific nominees my best, as well as all the great many theatre artists whose excellent and ongoing hard work sometimes doesn’t get noted as much as it would in an ideal world.