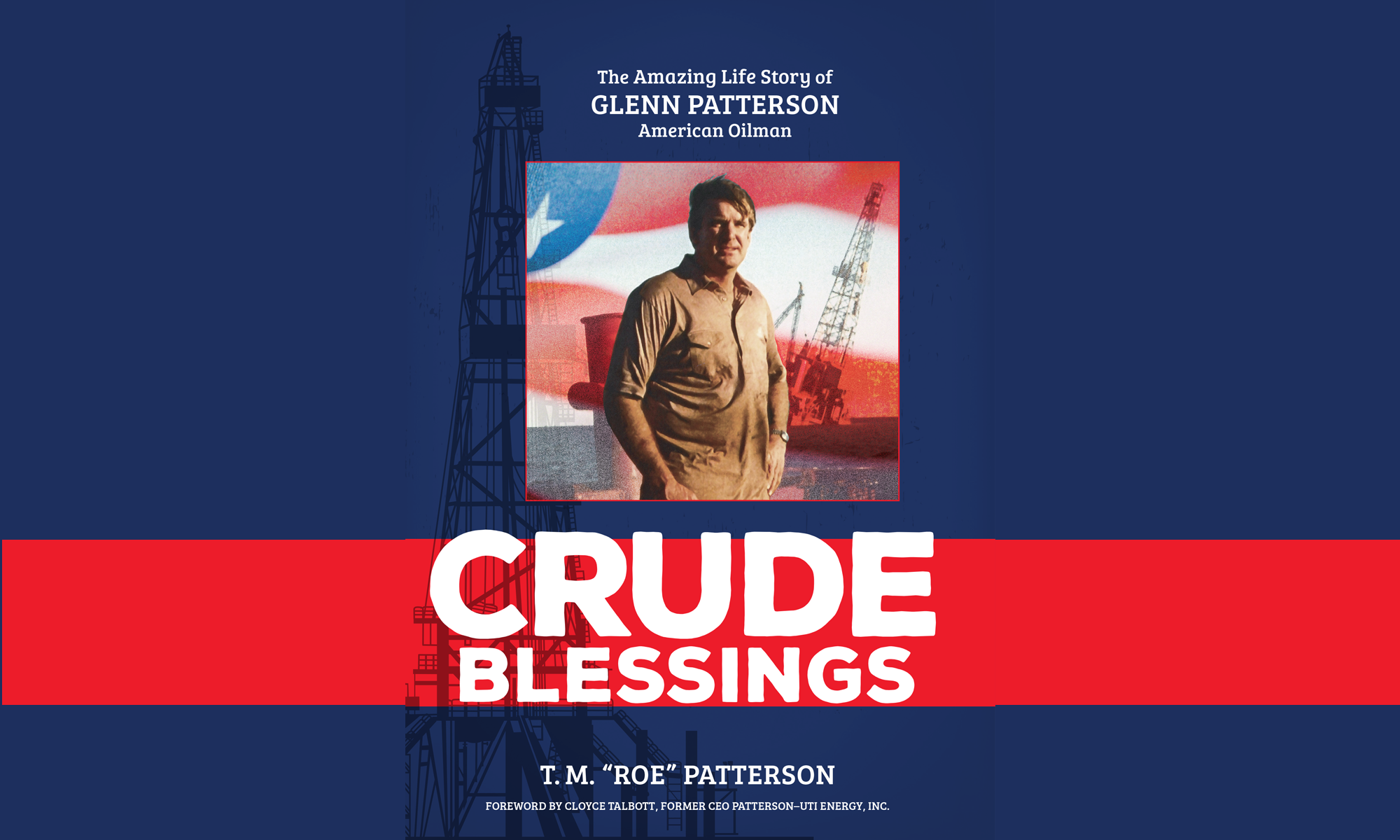 Crude Blessings: The Amazing Life Story of Glenn Patterson, American Oilman is written by Patterson’s Roe. Glenn isn’t famous, though he was successful. He didn’t accomplish great feats of endurance, work towards world peace or discover a groundbreaking scientific phenomenon. What he did do was achieve success as a businessman in the oil sector, moving beyond a poor hardscrabble existence to build, with his brother in law, a company that became one of the largest oil and gas drilling companies in America.

Now writing a book about a parent, especially one who is not world famous in our celebrity loving culture, is a tricky proposition. They can be overly gushing and uncritical at one extreme, and a harsh retribution for perceived injustices and injuries at the other. Crude Blessings, mercifully, does neither. Roe portrays his father with affection and admiration but does not leave out tales of shenanigans that Glenn got into nor descriptions of the “Patterson eruption in all its glory”, which led to some pretty interesting episodes.

Glenn Patterson was diagnosed with early onset Alzheimer’s Disease in his early 60’s. Roe intersperses vignettes of his father coping with his disease with the narrative of his life story. It leads to a more interesting read than a chronological re-telling of events.

One aspect of the book that struck a bit of an odd note to me was the introduction of faith into the story on page 145 of a book that is just 173 pages long. In Chapter 13, Roe talks about how his father came to his faith late in life, after his diagnosis. That made sense to me, but other than a brief mention of trusting God on page 11, Roe does not discuss his mother’s strong faith or his, until late in the book when it suddenly becomes a central figure in his reflections on Glenn’s life. It is a lovely way the son processes the life and loss of his father, but had it been woven into the work from an earlier point, it would have had more resonance for me.

At the end of the day, I appreciate tales of how someone is able to move from struggles to success, so Crude Blessings was an enjoyable read.