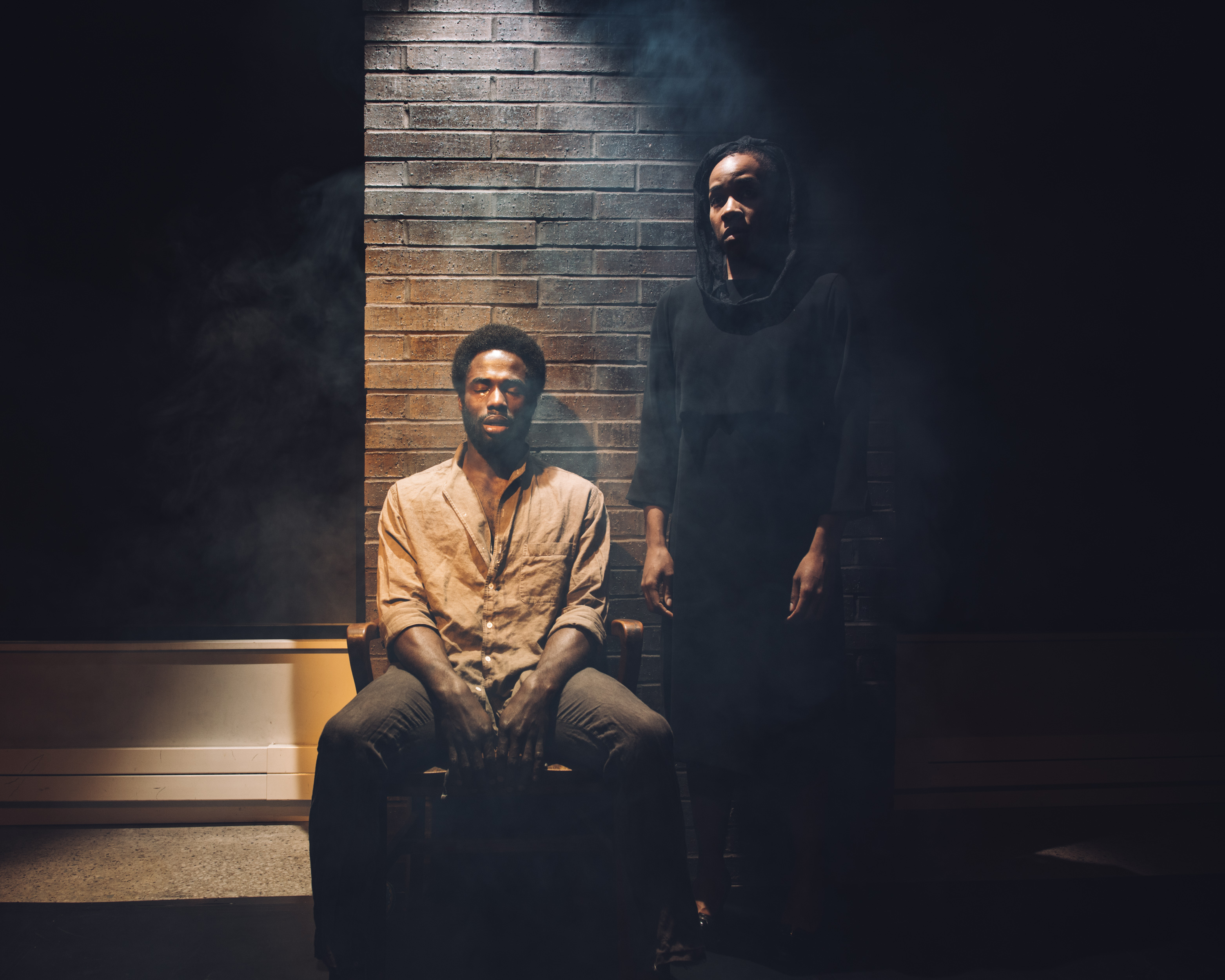 Adapted and directed by Leighton Alexander Williams, BDB Productions’ Judas Noir is a boundlessly energetic reworking of American playwright Stephen Adly Guirgis’s The Last Days of Judas Iscariot.  As someone who doesn’t come from a religious background, I undoubtedly missed some of the references and jokes in Judas Noir that audience members well-versed in Christianity will appreciate, but this in no way dampened my enthusiasm for the show.  Judas Noir is a vividly wild ride that both moves and entertains.

Set primarily in a court room in purgatory, the inaugural play in Obsidian Theatre’s new Darktown initiative follows an appeal to decide the ultimate fate of Judas Iscariot, who has been consigned to Hell for his betrayal of Jesus Christ. Framed as a trial, with testimony provided by saints, disciples, and yes, even Lucifer himself, Judas Noir isn’t always successful in its attempt to draw parallels between the treatment of the Jewish people in the Roman Empire and the persecution of African Americans today, but it does raise some important points. Using contemporary, colloquial language, the play comments on issues including corruption in the judicial system (which persists even into the afterlife in Judas Noir), the impact that oppression has on the mind, and the prevalence of mental health issues and taboo against discussing them in the Black community, even as mental health issues are used to excuse gun violence perpetrated by white men.

Although the topical subject matter sounds weighty, Judas Noir is often upbeat. Use of popular music (notably Hosier’s “Take Me To Church”) grounds the play in the present, but there’s a tendency to over-rely on both canned music and the use of smoke effects to set the scene. An extended dance break set in Club Bathsheba though is a highlight of the night, giving the cast the chance to show off their considerable moves in an energetic and theatrical scene.

The number one reason to see Judas Noir though is its talented all-Black cast of 10. One of the most memorable performances of the night comes from director/adaptor Leighton, who mixes just enough menace into his portrayal of the charming fallen angel Satan. Chelsea Russell’s larger than life Saint Monica, who delivers each line with attitude and Jamaican patois, steals every scene she’s in and had the audience roaring with laughter, while Andrea Carter has just enough earnest pluck as defense attorney Fabiana Aziza Cunningham. Of course, no story of the disciples would be complete without Judas Iscariot and Jesus Christ; Derick Agyemang is appropriately empathetic in the title role and his moments with Adrian Walters’ charismatic Jesus are genuinely affecting.

There’s an unfortunate tendency for the script to meander at times, but ultimately Judas Noir is a tremendously entertaining play with a stellar cast that deserves to be seen.