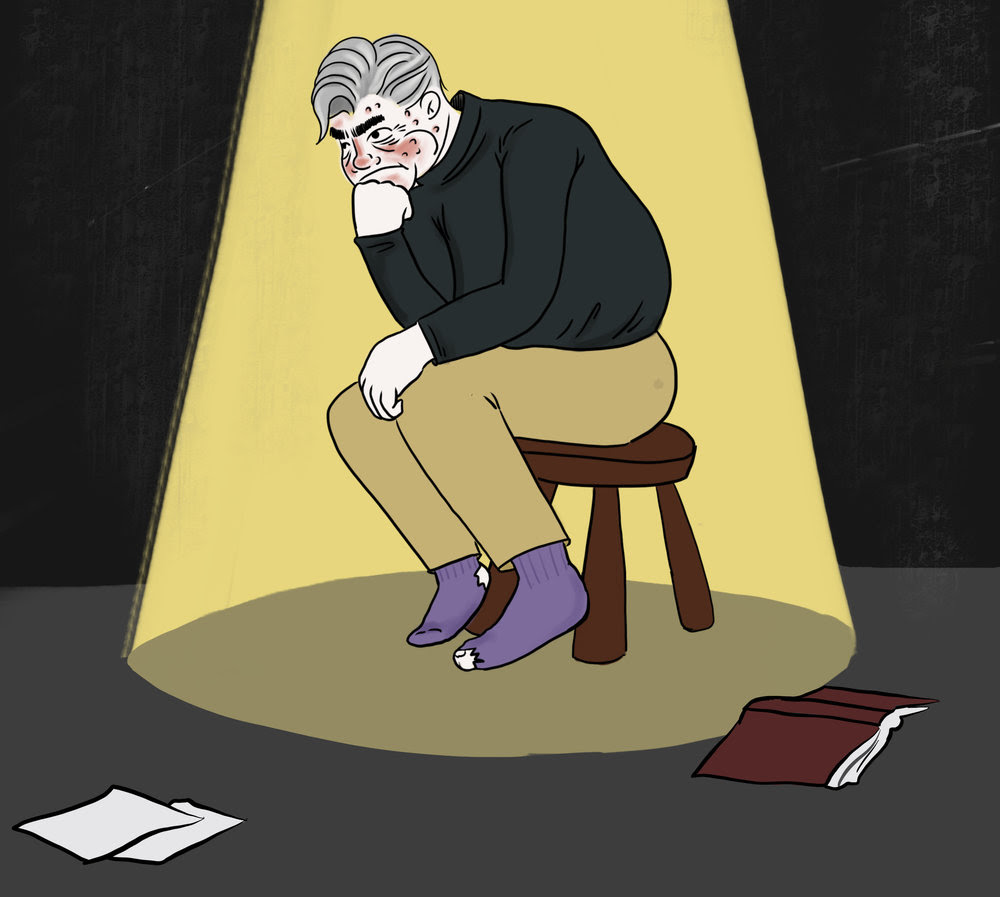 It is one of the cultural responsibilities of art and entertainment to reflect on and help us make some sense of current events and contemporary trends shaping our cultural discourse. Recently, the expansive world of independent theatre in New York City has certainly stepped up to do its job in this; producing an expansive array of work that examines many culturally-relevant topics, among them; racial and sexual identity, domestic abuse and sexual assault, misogyny, nationalism, and the relation between personal morality, corruption, and its weaponization to influence society. While such work is commendable and valuable, I admit to a certain mental fatigue in response to it all. Simply being aware of national news can cast a pervasive dispiriting shadow, and under that shadow I find myself increasingly hesitant to walk into a theatre in order to sign up for more of it. And so, I admit to walking into American Carnage: A Solo Staged Reading of Select Screenplays by Stephen K. Bannon, Zack Mast’s one-man show at the New York International Fringe Festival, with some reticence, bracing myself for another depressing reminder that intolerance and white nationalism are being given an ever-louder voice in our national discourse.

I was fortunate however, as is any audience privileged enough to see Zack Mast’s cleverly written and smartly performed show, to find that American Carnage is not the affirmation of discouragement that I feared. The show is not so much about Stephen K. Bannon and his often unsavory ideology, as it is a story about an author struggling to give voice and find an audience for a message that he believes in, satirically framed as Mr. Bannon’s story. It’s a show better described as political-adjacent, rather than politically focused, and helpfully avoids judging the politics at-hand in favor of instead using them as backdrop for Mast’s wry comedic voice and clever storytelling. The show expertly navigates and oscillates along the line between fiction and truth, interweaving hyperbolized fiction and naked fact with a wink and a side-mouthed smile. Mast brings a host of comedic skill-sets to the stage; the quick wit of an improviser, the charisma and confidence of a showman, and the intelligent and surprising narrative structure of a writer and satirist. While Mast’s choice of character is not necessarily a likeable or admirable one, Mast himself somehow maintains his likeability and charisma as a performer throughout. We benefit from the charm of the actor, despite the foulness of the character.

With a running time of only forty-five minutes, the show moves briskly, and develops in a way that gives the illusion of predictability, but surprises at every turn. It is a show that fully fleshes out its narrative and its comedic potential, while not pushing the envelope with filler-content. It disarms your preconceived mental boundaries regarding the subject matter at hand, keeps your interest, keeps you laughing, and sends you off feeling grateful that someone out there is doing comedic work like this; relevant without being preachy, substantive without being bluntly moralistic, written thoughtfully and performed believably.

The show has finished its run at the Fringe NYC, but Zack Mast’s work can be seen on his website zackmast.com. Whatever his next project is, American Carnage serves as a promising example that recommends any work he may author or perform henceforth.