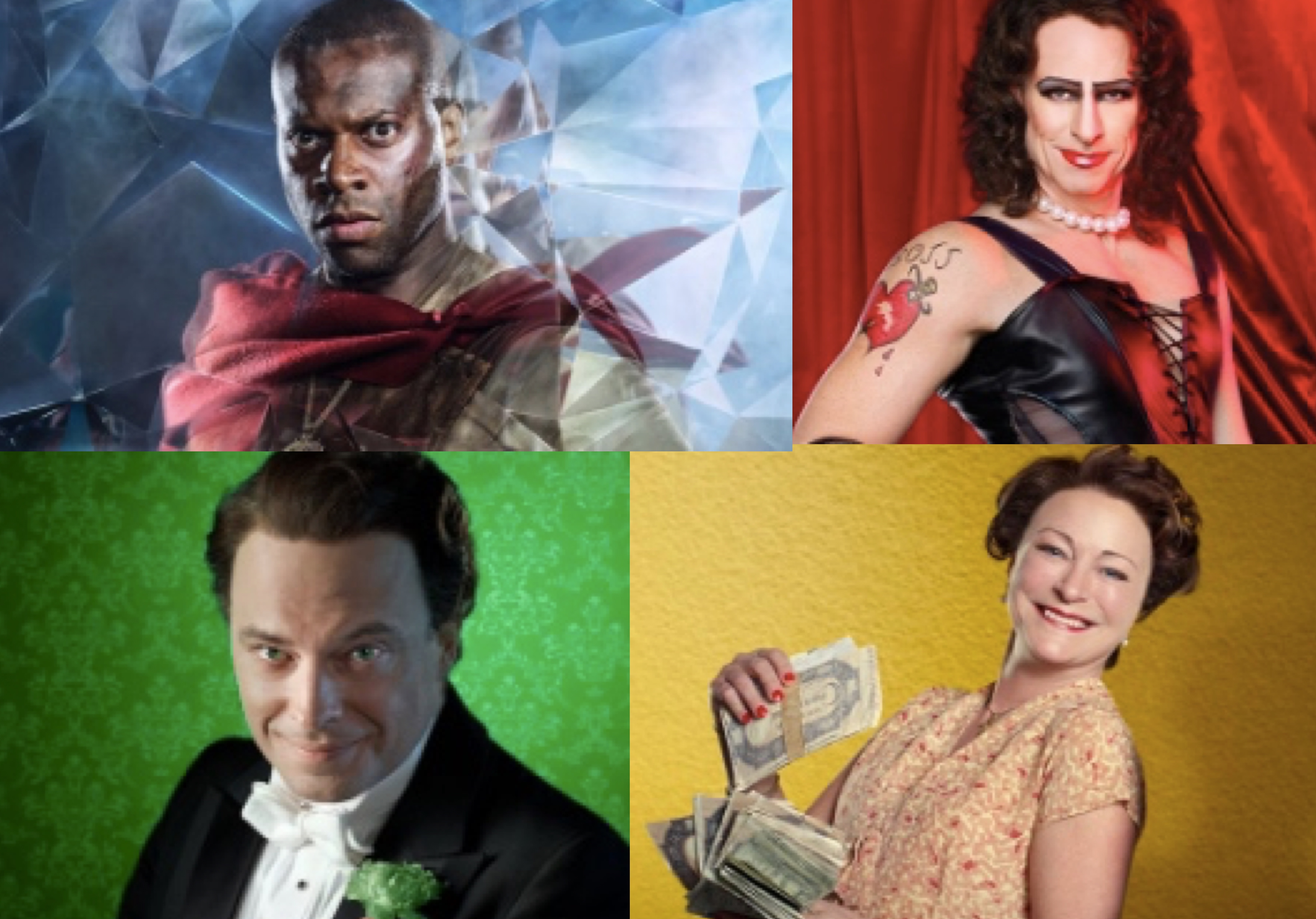 Coriolanus
The Avon Theatre is lucky to have this big splashy Robert Lepage hit because it’s the only particularly good thing in the space this year. And even then, it underwhelms at least a little. Lepage brings what one could expect Lepage to bring- inventive use of video, ambitious aesthetics, a filmic approach to transitions and overall design- but he also fails to do what I frankly expected him to fail to do- intellectually or emotionally really delve into the text. Coriolanus is the best underproduced text in Shakespeare’s canon, there’s a ton there to mine, and this production gets too caught up in its own pizazz to dive deep. Good casting makes up for that emotional disinterest as much as it can- André Sills is a compelling hero/antihero, Graham Abbey a perhaps even more compelling foil (I particularly appreciated his embrace of the text’s blatant homoeroticism), Tom Rooney and Stephen Ouimette are fabulous as plotting tribunes, Tom McCamus and Michael Blake fare well as long suffering allies. Little is done to help flesh out the criminally underwritten Virgilia (Alexis Gordon) and Lucy Peacock, though fierce, is ultimately somewhat predictable as the lioness mother Volumnia. Lepage rearranges and recontextualizes certain aspects of the text very cleverly (a talk radio scene is particularly delightful) but always in service of spectacle rather than substance. I think it’s important that Stratford present a balance of different approaches to Shakespeare so I’m all for this kind of bold, modern, hyper-visual interpretation taking its place in the season but I couldn’t help but wonder what would have come from a tighter focus on the actual meat of the play rather than (or, god, why not in addition to?) its medium.

Napoli Millionaria
Moments of profundity pull down the energy of the hijinks in this Italian WWII not-really-a-comedy-not-really-a-tragedy and the hijinks trivialize the profundity in a way that ends up just confusing the audience. The ensemble is strong but the pace needs to come up by about six notches. Predictably, it was Tom Rooney who really pulled me through. He’s only in a handful of scenes but those scenes are both the heart and the point of everything.

An Ideal Husband
This drawing room comedy is not so much a comedy as a morality play with a bunch of great one-liners and many a misunderstanding. Patrick Clark’s costumes and Douglas Paraschuk’s sets are showtopping stunners and the cast is really solid (in particular the women- Sophia Walker charms in one of her three great parts this year and Zara Jestadt pops as an underwritten ingénue worth watching) but Oscar Wilde’s play lacks the complexity necessary to pull off its lack of big laughs. Like most things this season, the pace severely needs to be picked up.

The Rocky Horror Show
Cards on the table, I hate absolutely everything about The Rocky Horror Show. I think it’s irritating and obnoxious yet bizarrely also kind of dull; its story is nonsense, its politics are dated, its songs are fun but insubstantial and annoyingly repetitive. I hate hate hate hate hate that its much-lauded sentiments about sexual awakening and freedom are so dripping with assault-based plot machinations. The current Stratford production squanders the play’s groundbreaking participatory potential and has badly miscast the leading role. The score sits beautifully on Dan Chameroy’s voice but Stratford really ought to have conducted a real search for Frank N. Further rather than immediately going with the one guy they already knew could walk in heels, especially since his reverting to his tired Plumbum voice should have been predictable (off the top of my head I can think of five great LGBTQ+ options who could have rocked it and deserved the opportunity to try). Luckily, the entire rest of the cast is fantastically assembled with no shortage of stop-you-in-your-tracks voices. Sayer Roberts absolutely kills Brad’s not-in-the-movie big ballad and Robert Markus steals the whole thing with a pitch-perfect Riff Raff complete with rafters-shattering high notes. I really did not enjoy this production, but I enjoyed every second of Robert Markus I got this Stratford season so at least there’s that.