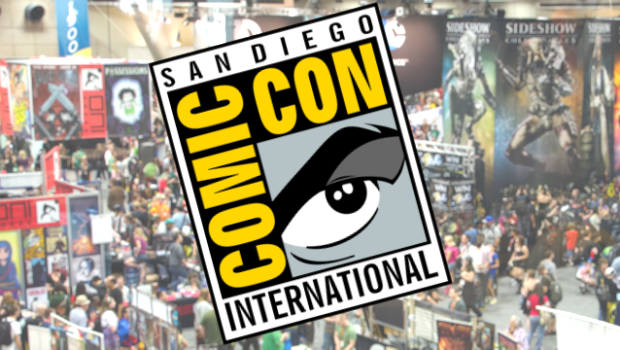 Managing Editor Kelly Bedard is on the scene to bring you tons of coverage from the con floor, the panels, the press rooms, the screenings and more.

Exclusive Interviews: VFX & Previs Artists from DNEG & HALON
Kelly talks to the unsung heroes of Pacific Rim Uprising, the digital effects artists who made sure it was do-able then did it.

On the Floor: LEGO
Learn what it takes to become a LEGO Master Builder and what goes into creating the giant life-size models on display on the convention floor.

On the Floor: Cinema Makeup School
Kelly stops by her favourite Comic-Con booth to look in on an elaborate makeup demo and learn a bit about the process of turning a man into a monster.

On the Floor: Strange Brigade
Programmer Richard May walks Kelly through the demo of the latest game from Rebellion- a 4-person co-op set in the 1930s called Strange Brigade.

On the Floor: Stern Pinball
Kelly stops by the Stern Pinball booth once again to see what new licences they’re rolling out for the 2018 comic-con crowd.

Press Roundtable: Adventure Time
Before the series finale on September 3rd, step inside the Adventure Time press room to hear the show’s stars and producer talk about what makes Adventure Time so special, what to expect in the finale, and what they’ll miss most.

Press Roundtable: The Purge
As you steel yourself for the debut of the new TV version of The Purge, coming to USA Network on September 4th, hear the show’s talent talk about the new adaptation and what they’d do first if the purge were real.