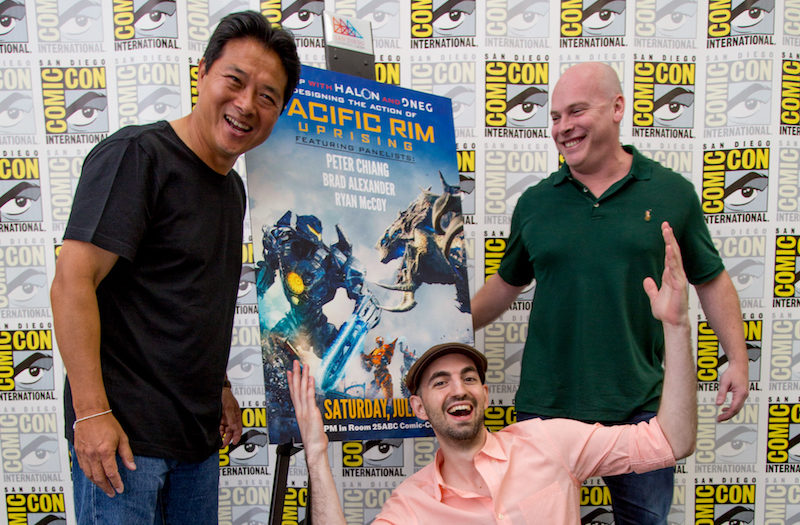 CLICK HERE to read all of our SDCC 2018 Coverage.

My favourite interviews at Comic-Con every year are the behind-the-scenes stuff where I get to really delve into craft with people who don’t often get to talk about their craft. The writers, designers, composers, and visual effects artists who work on some of the biggest films in the world but remain largely unfamiliar to the average film-goer always have the most interesting things to say about the process of making movies and the tricks of their particular unsung trade.

The Pacific Rim sequel Uprising gave reporters at Comic-Con this year the opportunity to sit down for the kind of interview I like most. In a series of exclusive chats, I got to talk to some of the people who made the magic and the monsters in the film.

First up in the video below is Peter Chiang, the film’s VFX Supervisor and the Co-Founder of DNEG, the visual effects company that has won four of the last five Oscars in that category.

Following Peter is a dual interview with the film’s Previs Supervisors from Halon Entertainment- Brad Alexander and Ryan McCoy. Brad and Ryan delve into exactly what previs is and the important role it plays in pre-production.