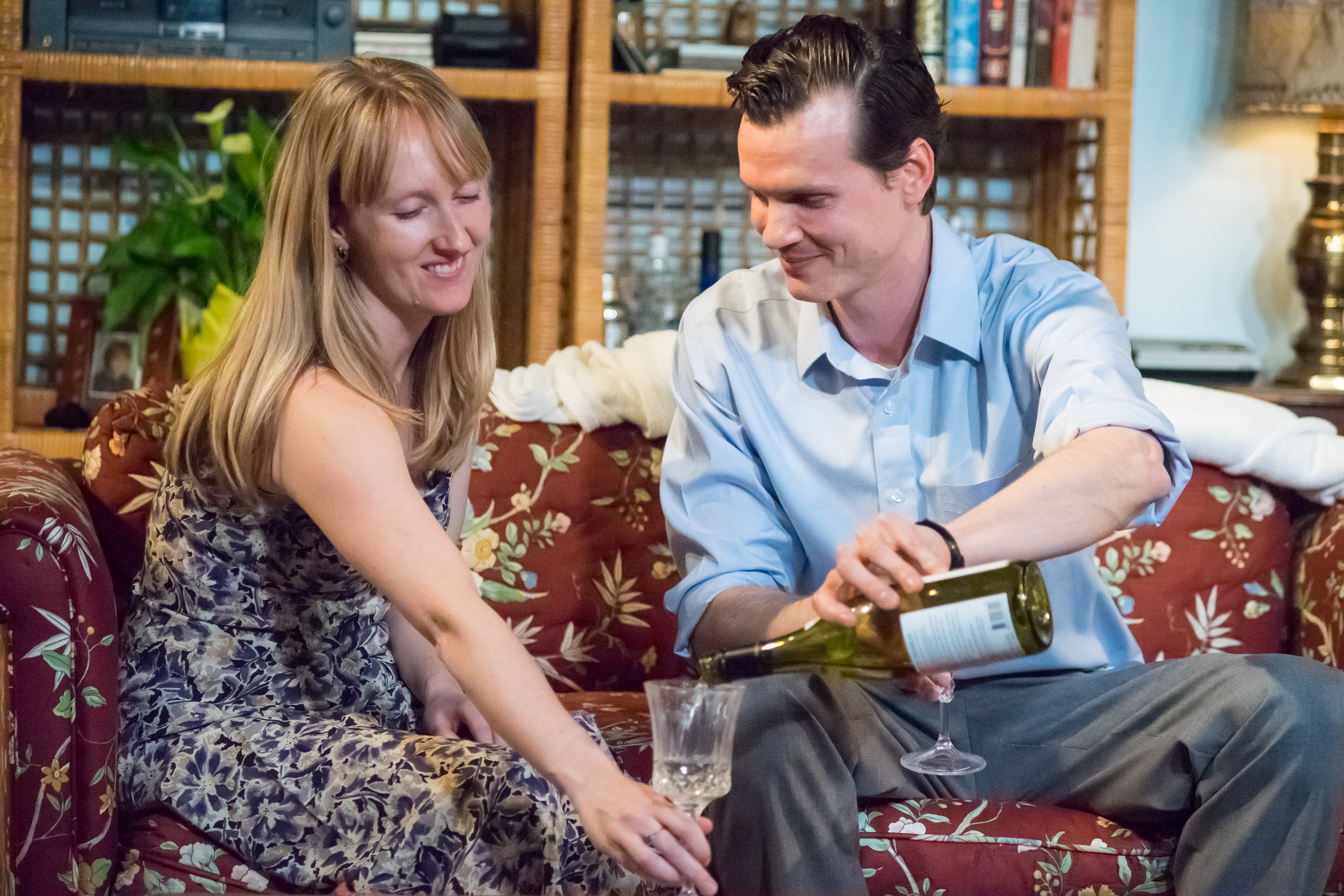 The cryptic title of this Tom Noonan two-hander refers to a story within the play. Taken as a suggestion as to what the play itself might be, it hints that something is coming, pulling the audience to the edge of our seats as we await the inevitable devastation. What actually happens is mostly fairly mundane, memorable in its unremarkability, profound in its devastating normalcy. There’s fear everywhere as we witness a first date between co-workers- fear of rejection, fear of embarrassment, fear that one might murder the other quietly in this Manhattan studio apartment and they’ll leave the body for the neighbours to find weeks later because these are both fairly isolated single people who rarely speak to their families and don’t seem to have many friends. The play is like a Rorschach test of the audience’s insecurities, suggesting with complex vagueness every possible consequence of letting someone in.

Noonan’s text is superficially very much a product of its time (1994) and its place (New York, so very very New York). Its language and references are too specific to update, making Witchboy/Leroy St. Theatre’s production a period piece about elsewhere. But it’s still a contemporary piece about everywhere. Designer Mike Vitorovich’s excellent set feels lived-in and honest, packed with character and period details that enrich the world without crushing the relatability with overwhelming specificity. Breanna Dillon’s Jackie is quirky but ultimately an everywoman and her cramped apartment reflects that beautifully. Dillon is excellent in a tricky role that demands deeply relatable grounded naturalism but also a pile of oddity and a big ole accent. Dillon expertly endears the audience to her character even as said character struggles to win over her own audience. Jackie is sweet but flat, insightfully played as a woman you might pass on the street everyday but never imagine as the protagonist of anything. I might go so far as to call her off-putting, but that could just be me refusing to forgive her for cooking scallops in the microwave. But as both the audience and Craig Henderson’s stiff and uninteresting Michael struggle to find Jackie all that enchanting, Dillon’s performance is packed with empathy and optimism that’s endlessly moving in its commonplace futility.

Christopher Hayes’ direction is insightfully awkward, blocking scenes with just a little too much or a little too little space between the actors as the characters attempt to guess what the other wants. Though Hayes plays wonderfully with pacing, the text itself could use a trim, especially to the unending story that’s read in the middle of the play. It’s an important character point delivered beautifully by Dillon (with a key assist from the best indie lighting designer on the scene Steve Vargo) but the point could easily be made in half the time. The story is the dramatic centrepiece of a play that’s most engaging when it examines the undramatic realities slightly to the side of centre stage.

What Happened Was… is on stage until May 5th. Get your tickets HERE.