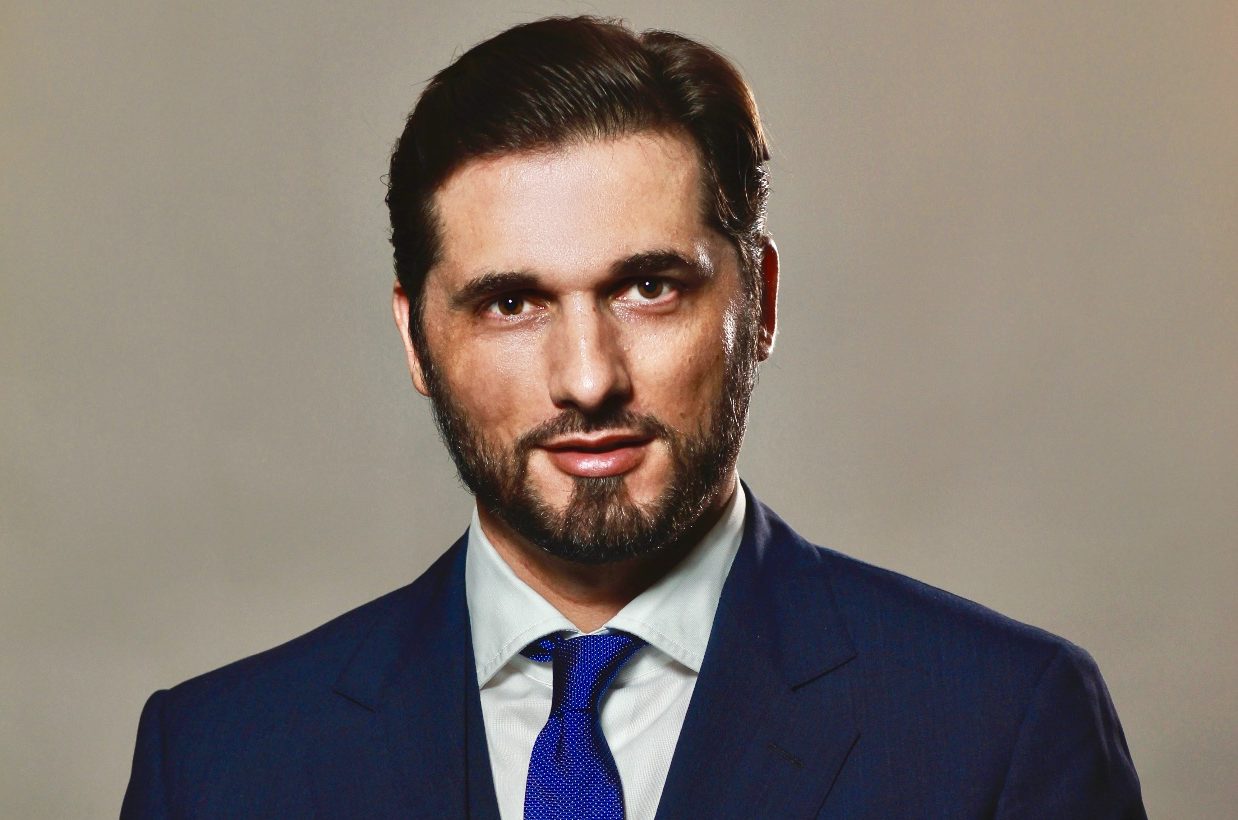 Argentine tenor Marcelo Puente’s rich and nuanced voice stood out in the all-excellent cast of the Canadian Opera Company’s beautiful Tosca. As the tragic lover Cavaradossi, Marcelo delivered a complex and refreshingly individual performance, grounding the idealistic painter’s political optimism without reducing him to a bleeding-heart good guy. Thematically appropriately, he is nominated for Outstanding Opera Performance opposite Tosca‘s villain Markus Marquardt.

Can you remember your first experience with opera?
I remember well; I was very young and I decided to go and see my first opera. It was on August 19, 1998 at the Teatro Colón of Buenos Aires called Fedora by Umberto Giordano. After that amazing experience I decided to become an opera singer.

What is it about opera specifically that made you want to pursue it professionally?
For me, opera is the supreme art form because it encompasses all artistic disciplines: singing, acting, stage design, choreography, costumes, lighting, make up, music and more are united in one show. It’s very exciting and that’s why opera will always be alive and in force.

Where did you train?
I began to study in the conservatory of Córdoba, Argentina, then in Buenos Aires at Teatro Colón and then I decided to continue my way in Europe. It was not easy but I did it: first I studied and worked in Düsseldorf, Germany, then I moved to Milan, Italy, and finally I decided to stay in Spain where I met a lovely soprano that I married. After a few years being together, I began to study with her, my beautiful wife Carmen. I have come a long and wonderful way that I will continue down this path with great joy and respect.

Tell us about your first big role.
My first big role on the stage was Don José (Carmen) in Schloss Weikersheim, Germany with Jeunesses Musicales Deutschland.

How does working with the COC compare to other international companies?
It was wonderful to work with the Canadian Opera Company. I enjoyed it very much and it is a great company and deserves all the best worldwide attention and consideration.

When performing roles that have been performed so many times before, how do you approach making your interpretation all your own?
It was great to work with director Paul Curran. I learned a lot from him and we were able to bring the truth to my interpretation. I think when you work with a good director who wants to get the best out of you, the truth in the interpretation is released offering a new and “personal” view to the role that, for example in this case of Cavaradossi, has been done so many times.

Did you have a favourite moment in Tosca?
Of course Cavaradossi’s aria in the third act, “E lucevan le stelle,” and also the whole second act it is amazing musically and dramatically written.

Tell us about working with Adrianne Pieczonka as your leading lady.
Adrianne is an amazing artist and person. It was wonderful to work with her. We had a beautiful and sincere chemistry from the first rehearsal. Every show was terrific. I would love to sing and share a stage with her again.

How is a performance altered by who’s at the podium and what was Keri-Lynn Wilson’s effect?
As a professional opera singer we have to sing, act and move on the stage all together but always be on time with the music and have an eye on the pit. It is really important to have a conductor who understands that in order to give you the time to breath and sing with serenity and create the magic. It was great to work with Maestra Keri-Lynn Wilson and definitely we created magic on the stage together. I’m very happy to work with her again at Washington National Opera next year with Gounod’s Faust.

Who/what are some of your favourite composers/operas?
All spinto roles for tenor from Puccini, Verdi, Giordano, Mascagni, Bizet, Cilea, Zandonai etc.

What has been your favourite role to date?
Prince Calaf from Puccini’s Turandot.

Do you have any dream roles?
Radames (Aida), Andrea Chenier

As a tenor, you almost always play the lover. Do you enjoy that archetype or do you ever long to be the villain?
I don’t like villains as much in the tenor repertoire but the phrases that Puccini wrote in Pinkerton’s music for Madama Butterfly are truly beautiful!

What are you working on now?
I’m working now on Don Alvaro from Verdi’s La Forza del Destino. I’ll do this role and make my company debut in May 2018 at Semperoper Dresden in Germany.

Anything you’d like to add?
I’d like to thank My Entertainment World for this great nomination. I’d also like to thank the COC for giving me the opportunity to make my Canadian debut with them and, finally, the wonderful Toronto and Canadian audiences who give me so much love and recognition in every show that I have sung there. Thank you from my heart and I hope to see you again soon.