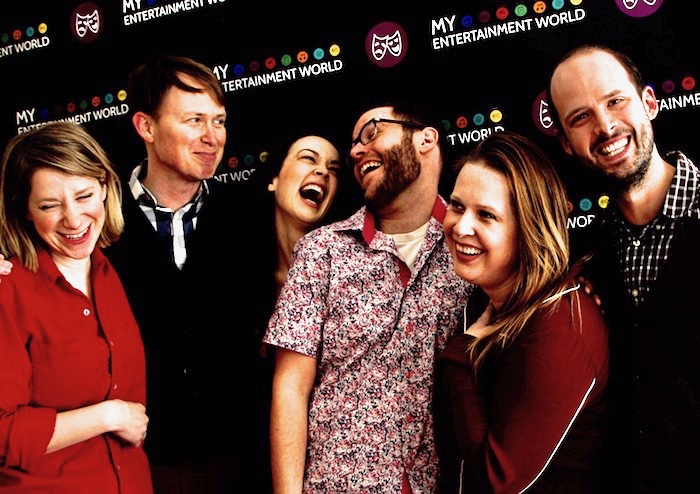 32 Short Sketches About Bees was one of the great delights of the 2017 Toronto Fringe Festival. Half of the twice-previously-nominated sketch troupe Dame Judy Dench (Jessica Greco, Chris Leveille, and Shannon Lahaie) teamed up with other great sketch/improv comedians Leigh Cameron, Andrew Bushell and Cameron Wyllie to form a supergroup who, with the help of director Paul Bates and co-writer Claire Farmer, packed 32 short sketches about bees into a one hour Fringe slot. Literally, just a whole buncha scenes about honey bees and the letter B and the word “be” and the sound bzzz and Bea Arthur, and also one scene about lizards.

It was inventive and fun and surreal and impressive and now it’s nominated for Outstanding Sketch/Improv Production so we brought as much of the team back together as possible (Andrew and Claire were unavailable, Cameron had to run off after taking the picture) for a podcast interview looking back at the Fringe run and forward to the Toronto Sketch Comedy Festival.