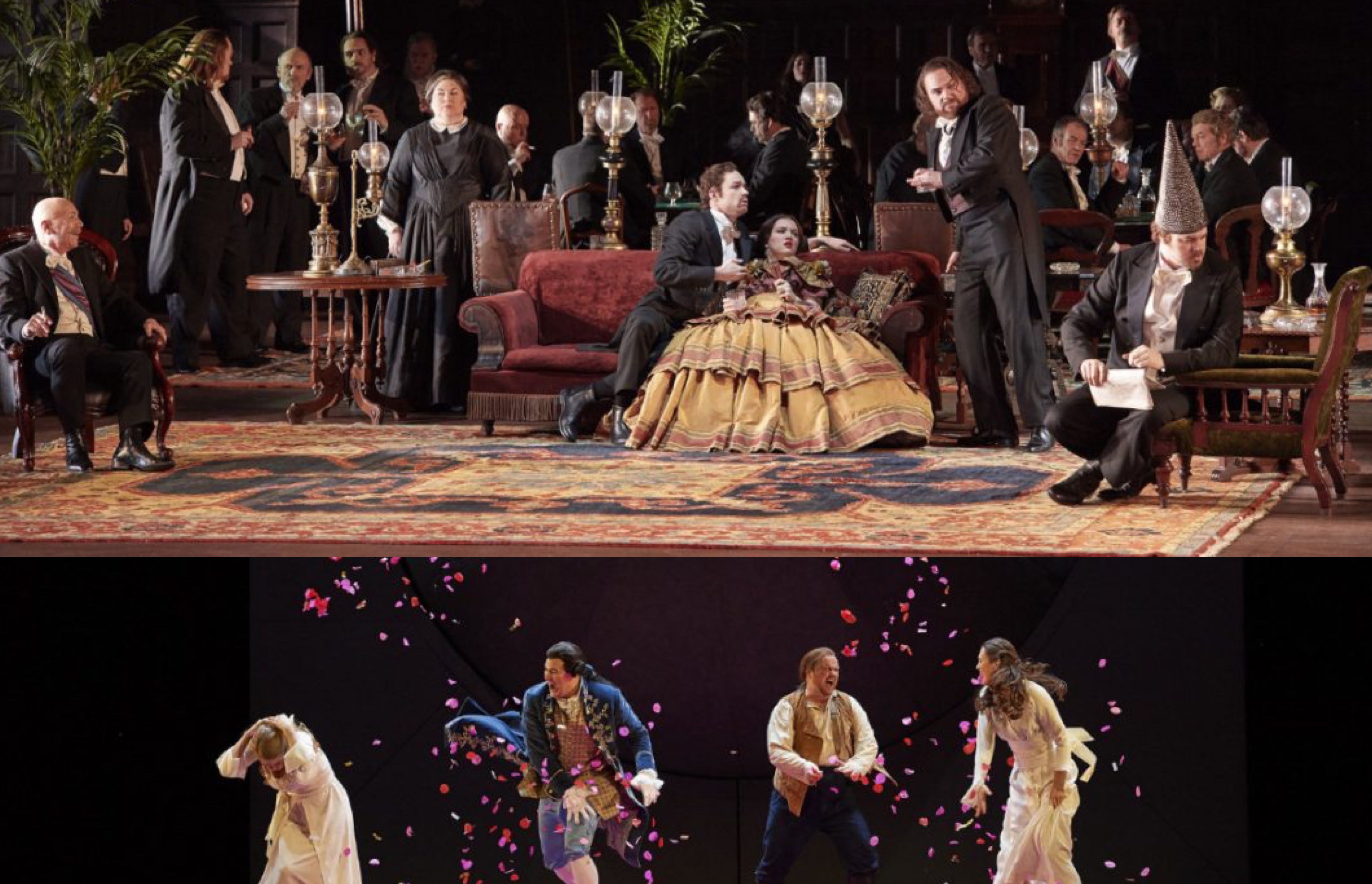 The Canadian Opera Company’s current season is an intriguing examination of a problem from two angles. On one hand, they’re presenting their Rigoletto, last seen not-so-long-ago in 2011. It’s an aesthetically sublime, beautifully performed production of an opera with problematic subject matter. There’s also The Abduction from the Seraglio, an aesthetically dull, awkwardly performed production of an opera with problematic subject matter. Almost all operas have subject matter that could attract that simplistically useful catch-all word “problematic”. Evolution is not exactly a buzz word in an artistic medium that’s outlived its most celebrated contributors by multiple centuries so, like it or not, to love the opera is to accept a certain amount of classism and racism and misogyny so rampant it’s rare to see a female character survive. So how do we deal without doing away with a beloved art form?

There are two fronts on which the battle against this obnoxiously pervasive issue can be fought- programming and execution. On a programming level, you want to believe that artistic directors are paying at least a little attention to what they decide to present, weighing an opera’s musical and historical value against its storytelling issues and making thoughtful calls about what’s worth putting up with in the name of a transcendent score and what needs to be thrown out regardless of its musical quality and impact on opera history. On an execution level, directors and performers can attempt to rescue a story from itself by reframing it with a new time period or clever casting and highlighting or downplaying certain aspects of the story with strong performance decisions (2016’s wonderful Ariodante is a perfect example of this). But not all stories can be rescued, some just shouldn’t be told.

Verdi’s Rigoletto, to me, is worth it. If staged with a thoughtfully critical eye (which, thankfully, director Christopher Alden has), the violence against women that makes up pretty much the entire plot of this tragedy reads as an exposé of hypocrisy, toxic male ego and mob culture, and a sadly not-at-all-out-of-date cautionary tale about a young woman who wants so badly to believe in the complex, unruly love that exists only in stories that she suffers abuse at the hands of a man who exists very much in real life. The score is justifiably legendary and the antiheroic characters present engaging acting challenges to the performers on top of Verdi’s musical demands. The COC production sports my favourite design in the company’s recent rep (Michael Levine’s sprawling forced perspective drawing room set and Duane Schuler’s elegant lighting design together paint unforgettable picture after unforgettable picture) and the current cast is stunning, highlighted by one of my favourite sopranos, the emotive and steadfast Anna Christy whose self-possessed presence importantly elevates Gilda from frothy ingénue to determined (if misguided) young woman. The story is hard to watch but the COC production is clear-headed about its darkness, lamenting the misogyny of Rigoletto‘s world rather than glossing over it as an accepted reality. There can be value in the problematic if its acknowledgement doesn’t create more problems and Rigoletto still has lots of value.

Oh but then there’s The Abduction from the Seraglio, a well-intentioned but dramatically irritating attempt to fix the unfixable in the name of preserving Mozart… or at least I assume that was the reason since his nice-but-not-exactly-career-best score is the one and only reason I can possibly see to ever do this opera. Right off the bat, I despise operas with spoken dialogue (asking singers to deliver clunky lines in a language that’s not their own in a way that’s both semi-believable and understandable from the back row of a gigantic opera house is a ludicrous demand) and, though I appreciate that director Wajdi Mouawad has put serious effort into adapting the spoken text to try to soften the overwhelming racism and insipid sexism at play in this ridiculous story (kudos, too, to the COC for hiring a director of Middle Eastern descent for this one, that nod of sensitivity should not go unnoticed), the effort is misapplied. All attempts to rescue this story from offensive territory are fruitless- from the surreal costumes that evoke dystopian hellscapes Mad Max and The Handmaid’s Tale (perhaps accidentally?), to the ugly geometric set that’s moved by visible stagehands with anachronistic headsets, to the frame device that aims to elevate the helpless female voices and humanize the cartoonishly evil Muslim characters but just manages to toss a new layer of Stockholm syndrome into the problematic mix. Claire de Sévigné does some very impressive work as kidnapped maid Blonde, making her honest-to-god feisty even by modern standards, but she’s the only artist here who survives the material; everyone else has drowned while attempting to swim against the tide of Abduction.

As a general rule, the tragedies are easier to deal with in a modern context than the supposed comedies. Even if we’re reading the historical context and original intention ‘wrong’, “isn’t that horrible?!” is a comforting reaction to be able to turn to when confronted with the sort of stuff operas are made of; “isn’t that nice?” is often asking too much. The Abduction from the Seraglio is a comedy about two men who go on a fun adventure to rescue their ladies from evil captors. It’s literally the plot of Super Mario. But such things aren’t laughing matters anymore and, no matter how hard this production tries, it doesn’t work as a tragedy either. Problematic though it may be, Rigoletto still has some life in it- something to say now and a way to say it without offending that many people- but I think it’s time The Abduction from the Seraglio was sent to that place where troubled operas by beloved composers go to live out the rest of eternity where they can’t hurt anyone- the concert hall where a world-class soprano can stand in her ballgown and sing out-of-context selections of inoffensively pretty music.