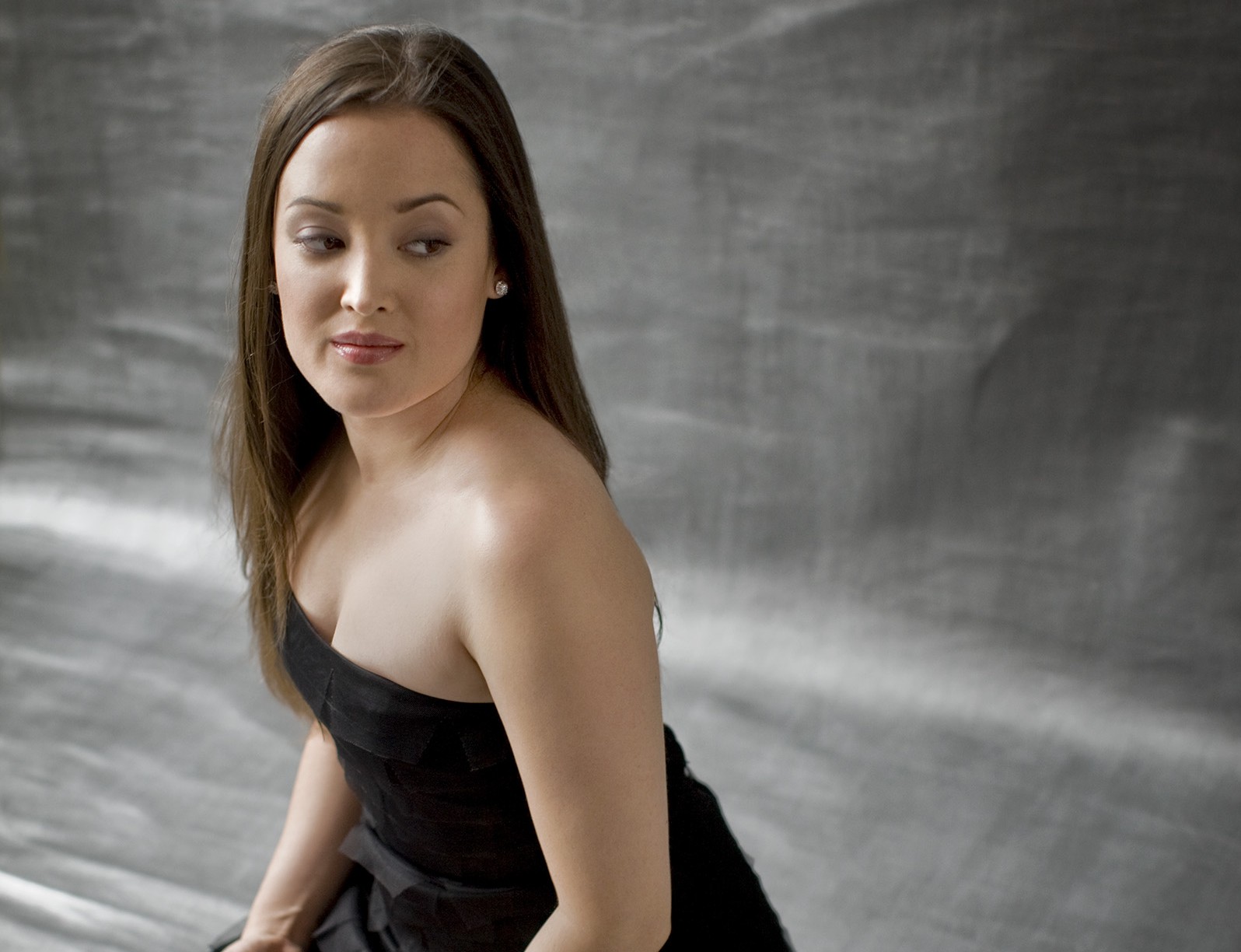 Anna Christy’s performance in the title role of David Alden’s psychologically intoxicating production of Lucia di Lammermoor at the Canadian Opera Company was memorably brilliant. Both dramatically committed and vocally thrilling, the sweet-faced American soprano’s Best Opera Performance nomination in this year’s My Theatre Awards is more than deserved.

As she squirrels herself away to learn her next big role, Anna came out of hiding to talk to us about that extraordinary production, the greatness of the COC under Alexander Neef’s leadership, and how the music informed her madness.

Can you remember your first experience with opera?
I was a founding member of the Los Angeles Children’s Chorus, and we sang in several productions at LA Opera when I was about 11.  La Boheme was the first, with Placido Domingo and Thomas Hampson singing, and I was enthralled. When I wasn’t running around onstage as a street urchin, singing my little head off, I sat cross-legged on the floor of the front wing, watching.

What is it about opera specifically that made you want to pursue it professionally?
Around late high school, early college time, I had to make a decision about which way I wanted to go; musical theater held a real draw for me, but opera had musically hooked me too.  I decided that singing was my strongest suit among singing, dancing, and acting.  I love opera because it continues to surprise me.  I go to the opera house to see a piece performed, something that was composed long ago, and it’s still contemporary in emotion and visceral response.

Where did you train?
I had many opportunities to perform onstage in high school, in Pasadena, California, and excellent acting and dance instruction at school, plus piano lessons from age four and voice lessons from age fifteen.  I also had those many times onstage as a young girl, singing with the children’s chorus.  So in a sense, by the time I entered my “formal” training at Rice University and the University of Cincinnati, College-Conservatory of Music, I was ready.

What performers have always inspired you? Are they the same today?
I think I find inspiration in recognizing when someone is at the top of their level and the top of their game.  Because what comes from them is something different, something unmanufactured and pure.  I find when I’m inspired by a performance it’s because the utter truth of that person and that character is being offered up to the audience.  It’s an intangible, difficult to achieve and amazing to behold.

Tell me about your first big role.
Dorothy in The Wizard of Oz, fifth grade.  It was a big moment for me.  I won the role on the strength of my singing, but the problem was that I was so painfully shy that some of the kids in my grade didn’t really know I was there.  Until they threw me up on stage!

How does working with the COC compare to other international companies?
I was impressed with the COC.  I’ve worked in many international opera houses, and some places are a factory, where the singers are just expected to arrive and sing and leave.  Others engage great singers but won’t take any chances artistically.  So boring.  Alexander Neef’s presence is always felt at COC.  Singers feel supported, personally and artistically, and the work that is presented is top quality.  The productions are of the highest caliber, which takes careful planning and considerable risk.  I kept asking people if they knew what they had in this company and this general director.  I think they did, but it must have been some confirmation, hearing it from someone on the outside.

This year your nomination is for Lucia di Lammermoor. What were some of the challenges of that production?
Well, there were some physical challenges, like singing high Ds from upside down on a table, or getting chained up to a bed, which was actually really uncomfortable.  But I’m used to demands like those, I suppose, and I’ll do anything within reason to bring the drama into starker perspective.  I will put my little foot down if I have to, but this production didn’t pose any major challenges for me.

How much thought do you put into character interpretation?
I definitely think about a character’s recent and not so recent past, make things up if I have to, her hopes for the present and future or things she might have in common with other characters.  But my biggest clues, especially in the bel canto repertoire (of which Lucia is a part), come from the music.  Most of the beats are written into the musical line, and in bel canto you’re welcome to stretch it if you feel it’s right.  It’s lovely.

What made your version of Lucia unique?
I think David Alden decided to use my ability to portray a very young girl realistically to his advantage with this production.  Indeed, it’s kind of the point and the crux of the devastation she experiences.  If you don’t believe she’s truly going through these (at first) very normal adolescent feelings, you won’t be with her when she goes mad at the end.

Did you have a favourite moment in the show?
It would have to be the mad scene.  Musically it’s fun to sing, and there’s something very satisfying about going a little nuts, I’ll admit it.  But cool moments in theatre happen when time stops, and David built one in on the little stage within a stage when she’s somewhere between the real world of despair and the imaginary one of release.  Yes, very satisfying.

Who are some of your favourite people to sing opposite?
It’s possible that fans of the opera world don’t realize the extent to which singers are one another’s family.  Most of us have homes and family lives, but when you’re on the road, in exciting foreign places, you’re often alone.  Enter that mezzo you went to school with, or that tenor you’ve sung with three times before, and on and on.  There are difficult personalities to deal with every once in a while, but the vast majority of singers are great colleagues, they have your back onstage and off.  I’ve always really appreciated that.  The singers in this Lucia were no exception.  Great, giving performers and wonderful, supportive friends.  A girl couldn’t ask for more.

Do you have a favourite director?
I tend to gravitate to the Alden brothers, but there are a few others I adore as well.

What has been your favourite role to date?
Same.  But I will say this particular production of Lucia ranks as one of my favorites.

Do you have any dream roles?
I’m sure I do, but I’ve sung so many amazing roles already, it’d be hard to pin one down.  Again, it’s certainly hard to beat Lucia.

What are you working on now?
I am currently beating Susanna in Le Nozze di Figaro into my head.  Many many many many words.