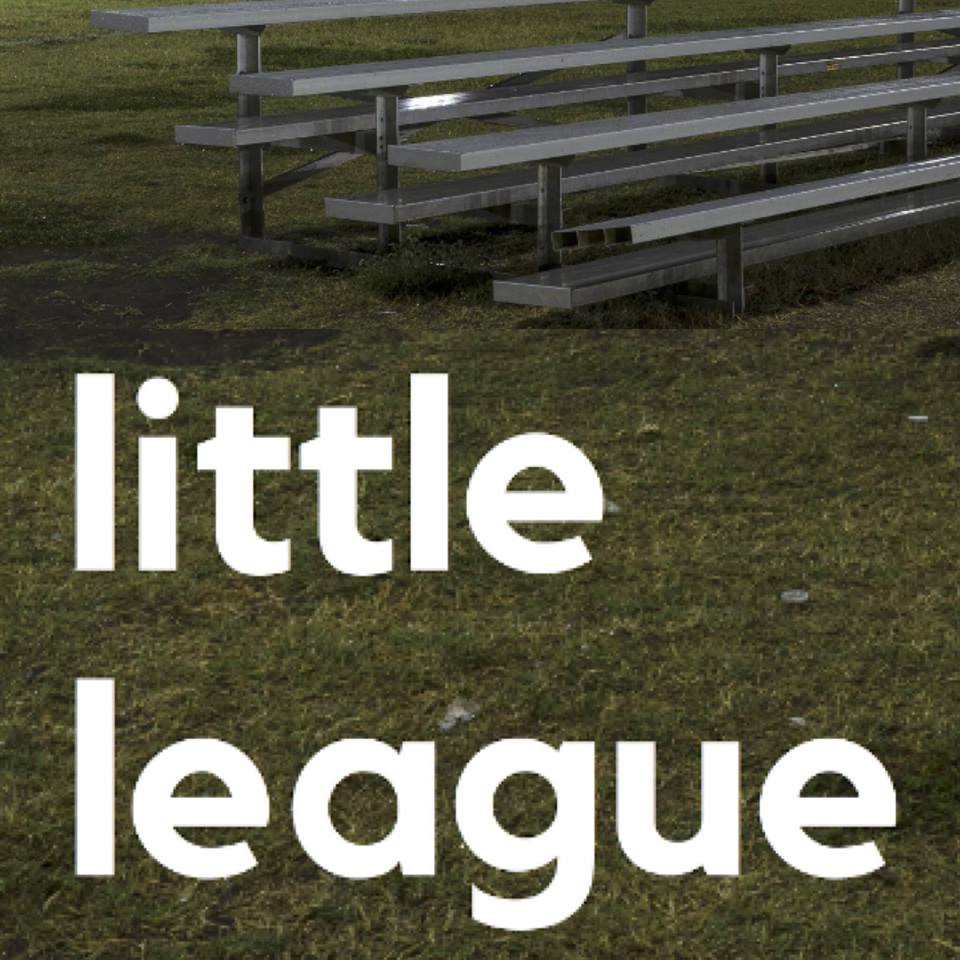 Little League, written by Jack Spagnola, is a quirky play that mostly takes place in the stands of a little league field.  It is a lighthearted exploration of the lives of four protagonists whose problems do not extend too far beyond childhood pet emergencies or pre-college breakups.  But it is a touching story, not overly saccharine, and most importantly, funny.

In the bleachers of a little league baseball game, we first meet friends Marsha (Kea Trevett) and Phoebe (Barrie Kealoha) who, as relatively new parents, worry about how their actions may unintentionally shape their children. Marsha is trying to find the correct way to explain death to her daughter after their pet bunny has died. Phoebe meanwhile energetically cheers on her athletically-challenged son (who has been relegated to playing right field). She’s a tech-savvy mom with a penchant for collecting Instagram followers and a plethora of knowledge about phone apps and which one will most accurately predict the weather.

Across the field on a patch of grass, Sam (Bartley Booz) and Darya (Leslie Class) are soaking in their last summer as a couple before they head off to college.  Despite a love for each other, their inevitable breakup looms over them. They reminisce over the good times they have shared while tentatively navigating how to salvage their friendship once they head to school on opposite coasts.

The story is not overly ambitious nor does it tackle any especially weighty topics. But it is an entertaining one-act play. The witty dialogue to creates many sweet moments between the characters. The actors enhance an already funny script by adeptly taking their time with the language and soaking in the awkward moments.

It is the embrace by the actors of those awkward moments that elevates Little League and makes it one of the most enjoyable shows I’ve seen at the FRIGID Festival.  The play is relatively short so I am wary not to go into too much detail, but I found one scene stealing the show. In it, Kea Trevett’s portrayal of Marsha is particularly captivating and her embarrassment palpable as she finds herself (due to a chance meeting) enmeshed in a conversation with Sam the teenager about love while simultaneously wanting to acquire some pot from him. Her physicality and her Kristen Wiig-esque comedic chops are on full display as she tries to extract herself from conversation about Sam’s seemingly clichéd teenage woes. At the same time, he has pot, which she could really use after a harrowing day of trying to figure out how to teach her young daughter about the subject of death.  Her mixed feelings are unmistakable as she tries to act as the adult in the situation, but also as someone who wants a brief escape from “adulting.”

My primary criticism of the play is how incidental the little league matches were to the stories.  The little league setting seemed unnecessary for any of the scenes to work. The play was comprised of two-person scenes that could have taken place in almost any setting. I could see this play evolving into something like John Cariani’s Almost Maine — a full-length play providing vignettes into the lives of the people in one remote place.  The town in Little League feels small enough that all the characters have lives that are somewhat interconnected. And while delving into the minds and relationship of these four characters in one act gave the audience a glimpse into their lives, I kept thinking that playwright Jack Spagnola probably still has a lot more to say about them.