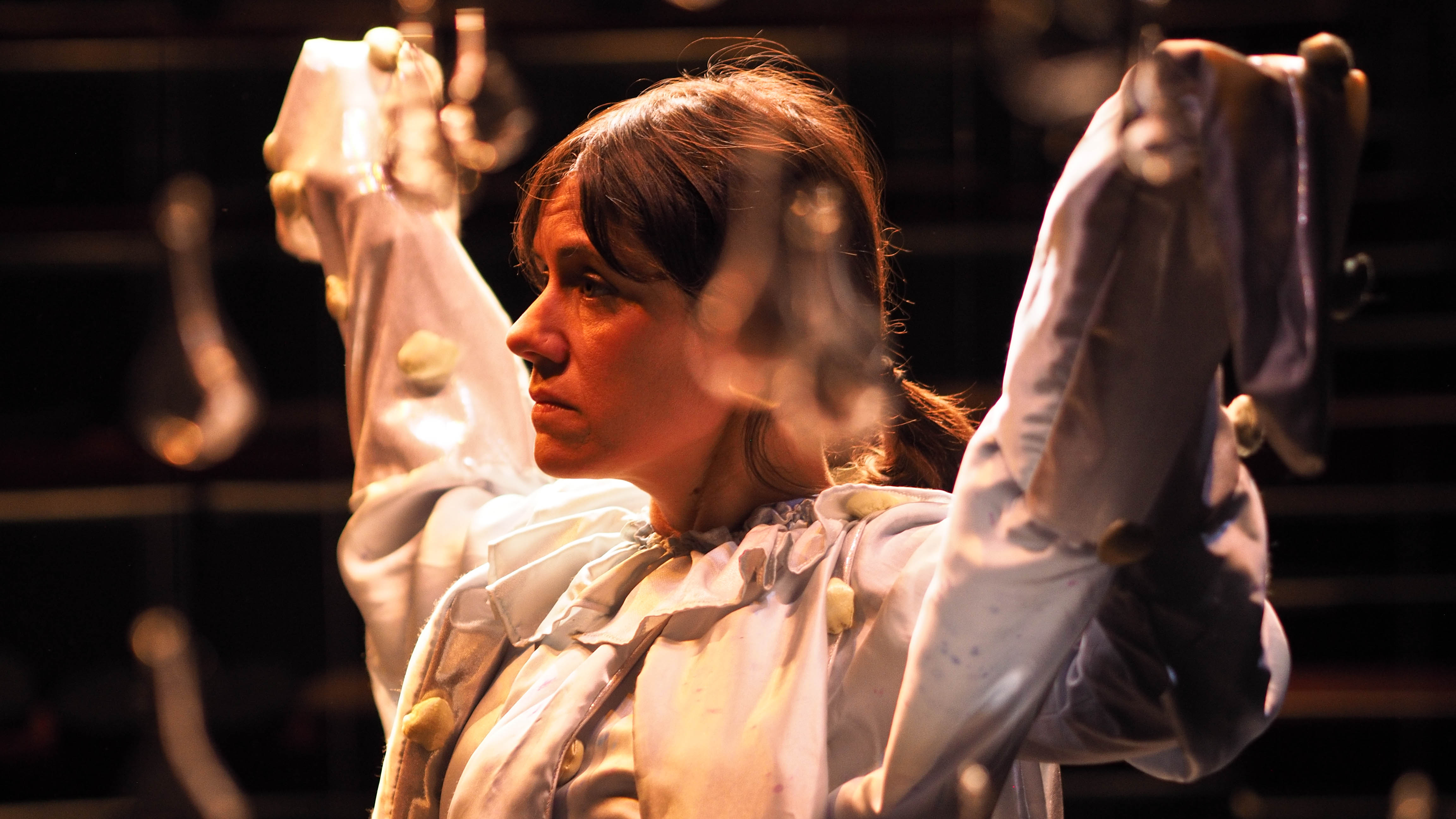 Pencil Kit Presents The Hungriest Woman in the World

Pencil Kit Productions’ The Hungriest Woman in the World is certainly an interesting show. It bills itself as a ‘sexy and elliptical new play’ by Canadian poet and playwright Shannon Bramer. It follows a young woman – Aimee (Nora Jane Williams) – as she escapes from the loneliness and confusion of her own life into the chaotic world of theatre.

Aimee is looking for something, but it’s not clear what. She wants her partner Rob (Christopher Sawchyn) to a go to a play with her, but he resists, citing his very important ‘work’ and how expensive theatre is. She pleads and prods but his resistance wins out so she goes alone, where she meets two avid theatre people named Julie and Nathan (Tamara Freeman and Arun Varma) whose enthusiasm and abandon contrast sharply with Rob’s seriousness and rigidity. They undergo an experience together, which gets painted as akin to a drug-filled Dionysian-level event.

Aimee is looking for a connection, but it’s unclear what kind, whether she finds it in these two, and how that might impact her relationship with Rob.

The show is metatheatrical in a few ways – it touches on people’s resistance to theatre, the seduction and power of it, the importance of design, the care and passion that go into it, the thrill and erotic elements of experiencing something in real life as opposed to the screens through which much of our experience is currently mediated. The metatheatrical elements work, though other elements less so – there are a few forced plot points, and while the point of the piece is to be chaotic (elliptical?) and episodic, and while the scenes are often strong, the overall narrative deflates somewhat by the end. The strength of the cast varies too – Williams is strong as Aimee, but it feels like Freeman is mostly playing Julie for laughs.

Claren Grosz’s direction presents the story well through action while also framing it with some excellent design and transitions. With some workshopping and finessing, this play has the potential to be a powerful piece of theatre.