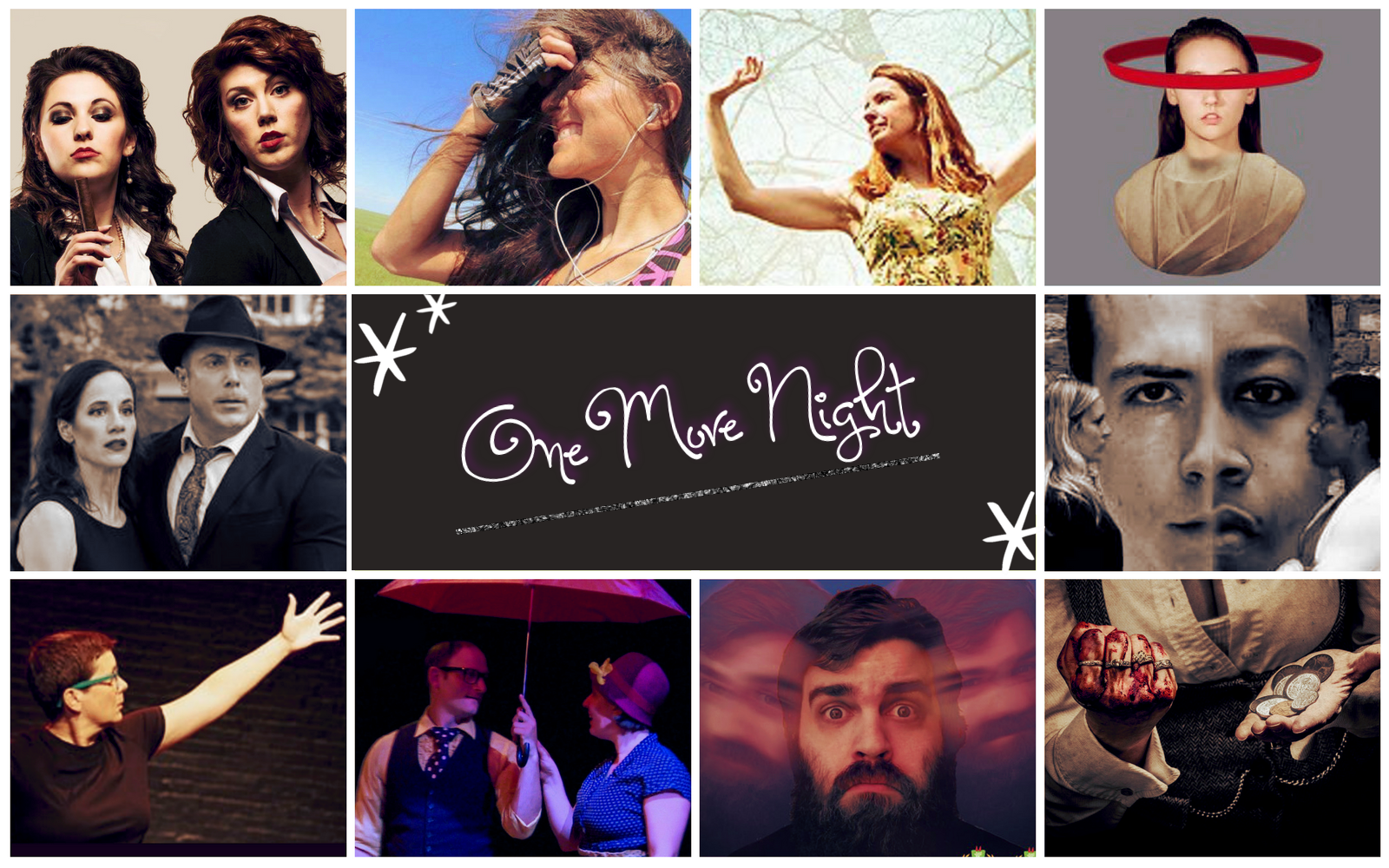 Vikki Velenosi and Kasey Dunn are the co-founders of Brick and Mortar, an artist-run company that owns and operates three independent theatre spaces in Toronto- The Box, The Attic, and, their latest addition, The Commons. All year round, those spaces are filled with indie artists mounting new, creative, challenging work. But for 5 days in October, BAM’s doing something different- the One More Night Festival.

While getting ready to present a series of single-performance remounts of indie hits later this month, Co-Artistic Producers Velenosi and Dunn took a few minutes to give us the low-down on the festival, its history, and what to expect from this year’s promising slate of shows.

The reason it has kept going, year after year, is that it ended up hitting a pain-point for both audiences and performers:
On the one hand, it helps audience members who (regretfully) missed a production because it was out of town or sold-out or the scheduling didn’t work.
On the other hand, it helps performers who want to share their work with those audiences, but who might otherwise not find the resources, support and/or platform to put on their work again while there is still momentum and the production is fresh in everyone’s minds.

How many years has the festival been running? Any favourite memories?
The festival is in it’s 5th year now. My favourite memory is definitely last year when Kathleen Wynn attended one of the performances in the festival! We were told she might be there but none of us believed it. Then someone realized a huge black SUV with dark tinted windows had been parked out front of the theatre all day. All of a sudden, before the show, a team of neatly groomed OPP in dark suits walked in to secure the premises. I fumbled around like the lamest person ever trying to make sure things were clean. I felt so unworthy in our little theatre to host the Premier. The show, called SExT, (Sexual Education by Theatre) had a sold-out run at Toronto Fringe and had been trying to get the Premier to attend. Our festival allowed them to perform one more night so that the Premier could actually make it. It was SO cool. And now we’re basically hoping Justin Trudeau shows up to something this year…

Give us a preview of what we can expect at this year’s festival. Who’s participating?
Besides Justin Trudeau… This year we are really thrilled with the line-up. It is the first year we have put a selection process in place for the shows involved and I think it was a really great step for the festival.

All of the performances have had phenomenal responses in their past runs and they all have a really clear idea of what story they are telling and who they are telling it to. The cast and crews are all top notch. There is not a weak link in the bunch!

Side-note: Somebody pointed out to me that 70% of the shows in our festival this year were written by women! It wasn’t on purpose, but I’m loving that!

Are there any shows you’re particularly excited to see (again)?
Haha I don’t think I should play favourites.

Your own Fringe production is kicking off the festival. Are you excited to go back to Real Actors, Not People?
I really, really am! I had such a pleasant experience sharing this show with audiences at Fringe this year. The show is a light-hearted, tough-love letter to Toronto theatre. I knew that the story would reach other actors but I didn’t know what an impact it would have on other business owners just trying to create some good in the world while keeping it sustainable.

There are several messages layered into Real Actors, Not People and my favourite one is that you can just tell a story to a group of people and it can change the world. This festival has lots of really impactful stories and it makes me very happy to be kicking off the festival with our show!

What else do we need to know about the festival?
– Only 60 seats per very-in-demand show! Don’t delay in getting your tickets!
– You can save up to 15% on your 2nd and 3rd tickets by buying a festival pass.
– When you buy a ticket for a show, you also get a drink ticket! *Some Exceptions apply
– A mix-&-mingle reception will take place after every performance.
– Our opening night party is October 18th at 9PM!
– The opening night party features drinks, music, snacks, previews of the shows in the festival and opportunities to purchase advance tickets without the online service fee. (That is if there are any left!)