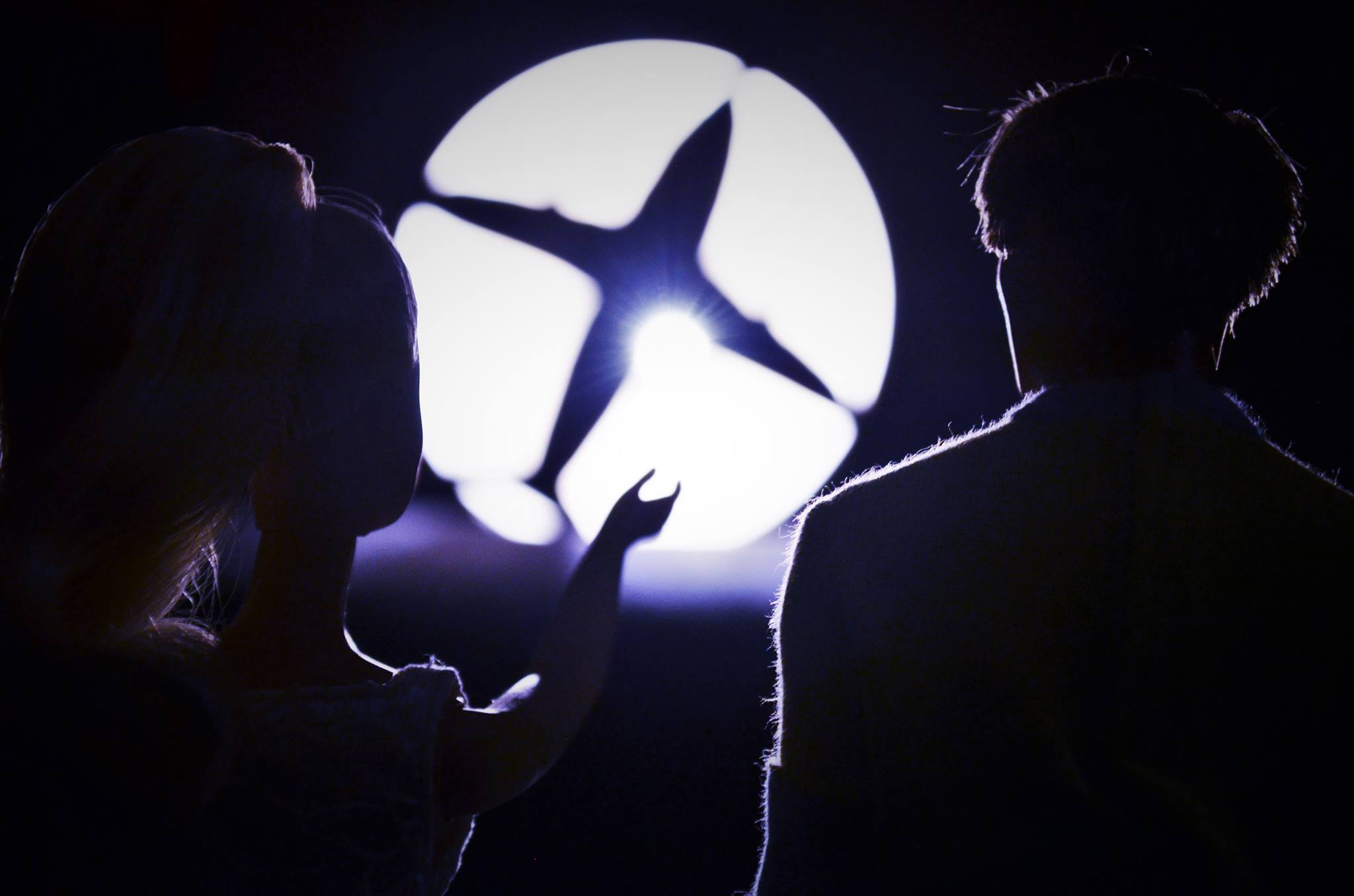 According to old rules of etiquette, it’s impolite to discuss sex, politics, or religion at a dinner party. Theatre by Committee’s Omnium Gatherum tackles all three with gusto, throwing in privilege and culture for good measure! Believing that lively conversation is at the heart of any great dinner party, Domestic Goddess Suzie gathers an assortment of opinionated guests for an evening of food and debate in this play that confronts the implications of September 11th.

The play is staged with a dining room table and chairs in the center of the room and audience seating behind each long side of the table. I initially wondered how well this would work, because dinner parties are often static affairs, but Omnium Gatherum maintains a sense of momentum. Guests enter and exit the dining room, frequently changing seats or forming smaller sub-groups, so no actor has their back to the audience for too long.

The simple white design of the dining room and costumes work for the dinner party aspect of the show, but the set and sound effects are perhaps too subtle to suggest that something else is at play here.

This production’s greatest strength is its cast, which is solid across the board. Jonathan Walls appears to be having the most fun in his turn as the elitist and increasingly inebriated Terrence, while Audreya Thompson brings heart to the show as upwardly mobile Julia, the lone African-American guest. The standout performances of the night for me were Basel Daoud (Khalid) and Shalyn McFaul (Suzie). Daoud plays the Middle Eastern studies scholar as so quiet-spoken and amiable that when tempers flare and he argues passionately for what he believes in, it’s all the more powerful to watch. Playing a character who is completely unaware of, or wilfully blind to, the conditions of those who live outside of her bubble (“I used to be middle class. I know how that feels,” Suzie says at one point), McFaul strikes a delicate balance between the comedy of Suzie’s chipper drive to keep the evening on track and ensuring that she remains a sympathetic individual. Although I found Shawn Lall less convincing as the party’s surprise dinner guest, I suspect this is more a reflection of the material he had to work with than the actor himself.

Aside from a less-than-topical Weakest Link reference, the script for this 2004 Pulitzer Prize finalist holds up well. These clashes in personalities and ideologies still feel timely today, and it’s easy to imagine belligerent novelist Roger (Brandon Gillespie), who worships capitalism, wearing a “Make America Great Again” cap. As the director’s note states, Omnium Gatherum is a play that feels especially relevant in this era of “fake news”, where people in insular worlds increasingly choose to read only materials that reinforce their existing beliefs instead of seeking out neutral sources of information.

The key word here, and one I missed in an initial read of the synopsis, is surreal. I really enjoyed the dinner party scenes, which balance wit with thoughtful debate, but I found some of the more surreal twists and turns toward the end of the play unnecessary. For all of the weighty topics discussed, the play also wraps up a little too neatly, with an ending that doesn’t feel organic. Despite these flaws, Omnium Gatherum is an interesting ninety minutes that makes a persuasive argument for the merits of spirited debate, tempered by empathy and understanding.